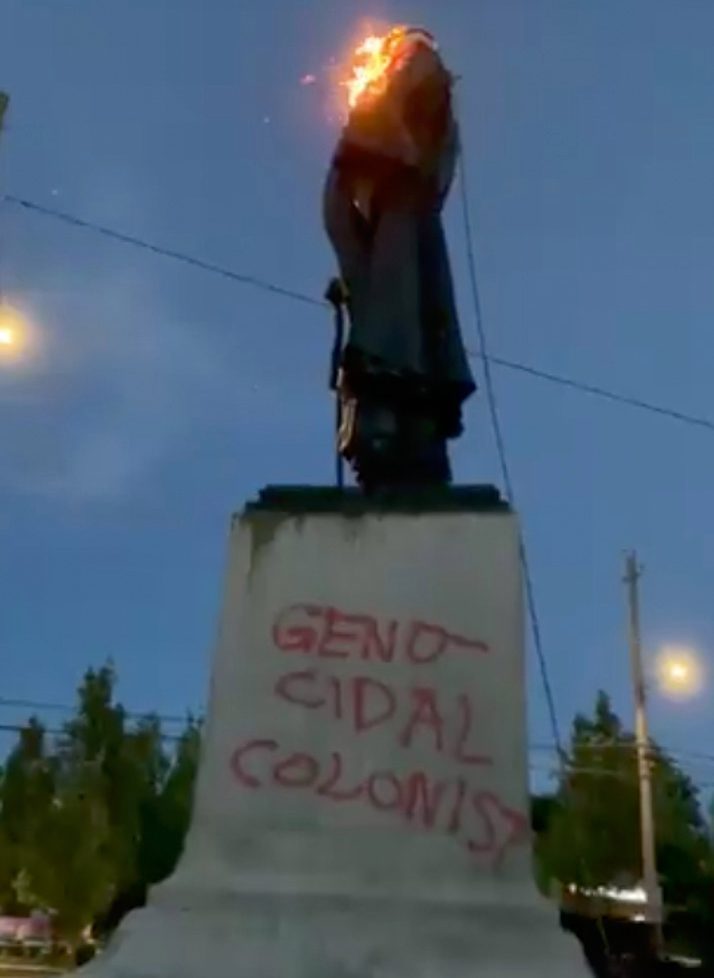 A Call to Arms for America’s Christians

2020 was a bad year for America. Tens of thousands died because of the Coronavirus, COVID-19, Pandemic. Lawless rioters ran amok in many major US cities. Democrats recklessly impeached Donald Trump on trumped up nonsense. And this week a Democratic DA in Atlanta maliciously filed murder charges against a police officer for what was obviously a justified shooting. Oh, and the Supreme Court went berserk this week too. First, it redefined what the word Sex means. Then, it upheld the Obama Administration’s unconstitutional DACA program on statutory grounds.

Of course, that last bit was the pinnacle of absurd. Something clearly illegal was held to be legal because the Trump Administration might have technically violated a statute. This is sophistry.

Behold—the death of the American Republic. The Rule of Law was killed by Justice Gorsuch and Chief Justice Roberts.

National Review (yes, National Review) said it best: “For the second time in a week, the Supreme Court has allowed liberals to enact one of their longstanding legislative priorities without the consent of Congress or the president. Conservatives could be forgiven for wondering why liberals need win only one election — or none — to have their choices made permanent, while President Trump’s voters could not even accomplish the modest goal of seeing the executive branch stop acting illegally to protect people who broke the law.”

There is no balance of power in the American System—only Democrats are allowed to rule.

The rest of us are here to simply pay taxes and obey.

And what are the taxes for? They aren’t going to protect you. As Tucker Carlson said, Taxation without Protection is Theft.

However, now you have no representation. So, they are taxing you without you having any actual say in how things go. Elections? Meaningless. Only Democrats get to set policy. Representation would deliver elections that have consequences.

And that was sort of a big deal to the American Colonists.

The Founders made a point of demanding a say in government. When King and Parliament became destructive to this political liberty, then they constituted a new political system.

Now new despots are seeking to put out that light. Mobs of totalitarians seek to extinguish the light of liberty.

Statues go down. George Washington is pulled down and a flag burned upon the statue in Portland. These rioters are the heirs of Mao. They are waging a Cultural Revolution—against everything good and true in America.

The statues of George Washington and Thomas Jefferson will not appease the mobs. There will be more demands. More riots. More lawlessness.

As Cicero said, states are designed to be permanent, so the death of the state (and its institutions) is the punishment of the state.

We are watching as America is punished. It is punished for allowing godless ideologies of Critical Race Theory and Intersectionality to educate generations of our citizens.

What Does This Mean For The Christian In America?

So, what does this mean for the Christian American citizen? How do we respond? Pray and Fight.

“If my people, which are called by my name, shall humble themselves, and pray, and seek my face, and turn from their wicked ways; then will I hear from heaven, and will forgive their sin, and will heal their land.”[2] Of course, many Evangelicals refuse to take the spiritual truth of this verse and apply it to America. They see that this verse was for Israel and ignore the entire point of Scripture—that God heals people who repent. So, if you refuse to take 2 Chronicles 7:14, then apply Jeremiah 18:8 where God promises to turn from a judgment if the people repent.

This is a general principle of Scripture repeated over and over. You can see it most clearly in God turning from judgment at the repentance of Nineveh (Jonah 3:10). God wants to show mercy—not only to His special people but to all peoples. It was demonstrated in Christ’s mission to all peoples.

So, pray. Pray for mercy on America. Pray that the wicked repent and while you are at it repent of your own sins. “Who knoweth if he will return and repent, and leave a blessing behind him.”[3]

The citizen has every right, and not only right but the responsibility to fight for the good government of our land. There is no passive obedience here. Romans 13’s admonition of submission in America makes the citizen subject to the Constitution. The American Citizen is subject not to kings, princes and emperors but to the Law.

The American Constitution is a Covenant between Citizens. It is constructed by the People. It is the Supreme Law of the Land. You owe to it your duty and submission. You are to honor it. These are the commands of Scripture. How best to honor it? Restore it. Rededicate it.

And there is more. Because the Constitution is a good thing—it protects liberty, establishes justice and tranquility—the Christian citizen should love it. We should cherish it.

It is because of this that we who are loyal to the Constitution and the American Ideals should be willing to defend it.

Hannah Arendt, the political thinker who fled Hitler’s Germany, wisely pointed out in her book on the American and French Revolutions, “In theory as in practice, only a counter-movement, a contrerévolution, could stop a revolutionary process which had become a law unto itself.”

It is time to be counter-revolutionaries. It is time to defend our rights and liberties before they are gone.

Remember how the hypocritical state locked churches for months only to allow massive riots and political protests to take place? Remember how government harassed churches that tried to host drive-in services, but allowed Wal-Mart, grocery stores and fast food places to operate?

Christians and Jews are being marginalized in America. There is a war on belief being waged on the religious by America’s Elites.

Only by a counter-revolutionary movement can we save America.

And that starts with knowing about the true history of our nation and the biblical principles that guided the Founders. Check out this Bible Study from B. Nathaniel “Bev” Sullivan. It is free.

Become political thinkers. Read political theory and history. And if you can’t do that because of work and/or family responsibilities then listen to podcasts. Engage in this important political task of being informed and thinking deeply about our issues.

Resist the thought control by paying attention to counter-revolutionary tips from scholars like New Discourses. If your work is trying to enforce nonsensical racial training, then James Lindsay has resources exposing the fraud of Critical Race Theory.

And for advanced thinkers, Lindsay created a Twitter thread for how to expose the total fraud of antiracial/diversity training. Check out the entire thread.

Lindsay isn’t a Christian. He’s an atheist or agnostic. Yet, he is doing more to defend America and religious liberty than the Evangelical Elites. This shows that the light of liberty is precious to many beyond our church doors. How important it is then to work together with them. How much more does this apply within our churches! At this critical time we must put aside intramural squabbles over soteriology and work together: Calvinist and Arminian and Traditionalist and Molinist and whatever.

Now is not the time to isolate. Now is the time to stand should-to-shoulder against those trying to destroy our churches and our liberty.

William Stearns preached a sermon to the Provincial Congress of Massachusetts during the American Revolution about the necessity of working hard and working together. We can rely on God, but we must still do the work:

“For we may rely upon it, that God will not assist us, unless we use our own endeavours.—We ought to do everything in our power to promote union and harmony among the people—to see that no root of bitterness springs up to divide us, for “BY UNITING WE STAND, BY DIVIDING WE FALL.”

We ought also to consider well the nature of our cause, and realize the justice of it—realize that if we now relinquish our rights and privileges—if we desert our cause, and, like the Issachar, lazily couch down under the burden, ‘we shall be guilty of sacrilege to God, and treachery to future generations.’—‘Therefore we are not to neglect the natural means of safety.’”

This is the task that God has given to us. Let us do the work. Show ourselves workmen who are worthy. Prepare your minds and hearts for the struggle.