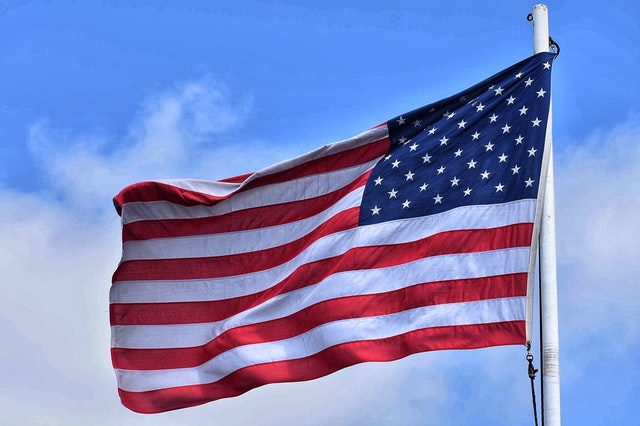 Over the last few days TGC editor and ERLC Communication Specialist Joe Carter has lied about the American Family Foundation and spread a false conspiracy theory about Gen. Michael Flynn. Now Southern Baptist pastor Joe Carter comes out against nationalism. That’s right, this Southern Baptist political leader associated with the Ethics & Religious Liberty Commission attacked the right of nation-states to pursue their own interests. And he did all that while attacking conservative Southern Baptist Pastor Tom Ascol.

Carter says, “I was warned about how a discussion with you would go—and they were right! I’m embarrassed that I allowed myself to get drug into this pro-nationalist nonsense.”

And again Carter declares, “You are not pro-nationalism? If not, I apologize. I made an assumption based on your defense of Flynn (a favorite of nationalists) and the fact that you write for Sovereign Nations.”

Notice, the Evangelical Elite Joe Carter thinks being pro-nationalism is an insult.

This was noticed by many viewing the Twitter exchange. Michael Bates said, “Interesting that Joe throws ‘pro-nationalist’ out as an insult. The thread was about the justice of Flynn’s treatment, not nationalism. Also, doesn’t make sense to complain about ‘foreign influence’ if you object to a nation-state’s right to self-determination and self-defense…Why complain that someone is working against America’s interests if you don’t think it’s legitimate for America to have and pursue its best interests?”

Carter responded with an attack on nationalism that showed both is historical ignorance and incompetence as a political theorist. He said, “1) I think nationalism (like populism) is an inherently leftist movement that leads to progressivism; (2) Flynn was treated fairly and was wise to take his plea deal; (3) national self-determination and nationalism are not remotely the same thing.”

Why is promoting the idea that America’s government ought to pursue the interest of the American people “inherently leftist?”

Joe Carter sounds more like French President Emmanuel Macron than an American. He’s more internationalist than American. That isn’t shocking. He took China’s side in a trade war last summer. It is clear, Carter’s loyalties rest in the supranational globalist camp rather than America’s.

Rich Lowry writing in his excellent book The Case for Nationalism helpfully defines nationalism: “Whereas patriotism is loyalty to what is your own, particularly your own people and government, nationalism is more specific, namely, as the scholar Azar Gat writes, ‘the doctrine and ideology that a people is bound together in solidarity, fate, and common political aspirations.’”[1]

Then Lowry goes further. He explains how the American Founders operated under this sensible view—that nationalism is indeed rooted in self-determination.

According to Lowry, “A key contention of nationalism is that a nation has its rights and claims. This is the thread that runs through the Declaration of Independence, the Gettysburg Address, and the Atlantic Charter. A nation has the right to break off from larger sovereignties in the cause of self-determination (see, for instance, 1776), and to remake its regime or foundational governing rules (see, for instance, 1789).”[2]

Yoram Hazony outlines how nationalism is opposed to imperialism. He writes in The Virtue of Nationalism, “The nationalism I grew up with is a principled standpoint that regards the world as governed best when nations are able to chart their own independent course, cultivating their own traditions and pursuing their own interests without interference. This is opposed to imperialism, which seeks to bring peace and prosperity to the world by uniting mankind, as much as possible, under a single political regime.”[3]

Hazony then presents one is either committed to a world of nation-states charting their own course or you support top-down global empire.

And this is what Carter promotes—a technocratic global governance with open borders and open trade, where China’s slave labor can flood America’s markets with cheap stuff and American workers unemployed. Again, remember Carter took the Chinese Communist side in last summer’s trade dispute between the United States and China.

At its heart, this anti-nationalist movement is anti-American. It denies the very premises of America’s Founding. Namely, that the American people deserve a government pursuing the interests of the American people and not some distant plutocratic elite.