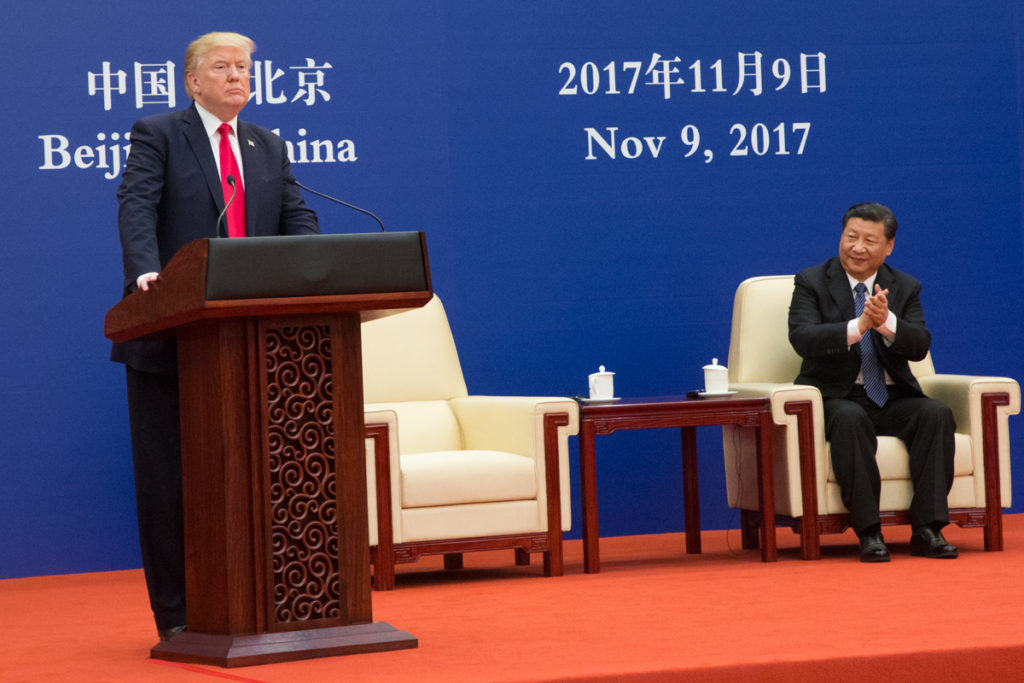 As a Coronavirus Pandemic roils America, Globalist Elites think of two things: More immigration and protecting China. What motivates the political and evangelical elites to prioritize foreign states and immigrants over Americans?

Immigration during our economic crisis

The new stimulus bill includes $350 million for immigrants and refugees. Todd Starnes sagely asks, “What that has to do with providing funding for the American people or resolving the coronavirus crisis was not explained.”

And that’s not the only nonsense happening on the immigration front during this crisis. As a record number of Americans face unemployment (claims hit an unprecedented record this morning), business wants more foreign workers.

National Review detailed plans to increase the EB-5 Visa Program and the H-2B Visa Work Program during the panic. As National Review wryly notes, “Schools are closed. Millions of Americans are out of work. Unemployment may reach 20 percent. Solution? More immigration!”

Americans should ask why their political elites always go along with these schemes.

It is bad enough when our political elites engage in the open borders nonsense, but our evangelical elites are doing it too. These so-called conservatives including Southern Baptists like Russell Moore worked for years together with the George Soros funded National Immigration Form (NIF).

And, as one website was first to report: Despite Coronavirus Outbreak, Soros-Funded ERLC Partner Pushing for Extreme Open-Borders Measures.

The NIF’s director said on public radio that Donald Trump’s move to close our borders during the crisis was bad. He told the radio program, “The administration is pretty clearly trying to create a narrative that blames the foreigner, the immigrant — the migrant, for COVID-19.”

Or, perhaps, with the nation on lockdown is it not wise to lockout foreigners? Why should Americans be confined in our homes as legal and illegal immigrants cross our border with impunity? We don’t know the health status of these individuals. Is it wise to keep the door not only unlocked but open?

“I’m also particularly mindful of the reality that immigrant workers are over-represented in sectors of our economy likely to be hardest hit…At World Relief, we work in immigrant communities in cities around the U.S. to help authorized workers gain enduring job skills that provide for their families. This is especially critical in times of crisis and in cities such as Seattle, one of the communities hardest hit thus far… Local churches can help support employment counselors – but can also encourage businesspeople within their congregations to creatively consider how they might open up new employment opportunities at a time when some might find themselves out of work and out of a paycheck.”

Yes, the American economy may be crashing. Yes, unemployment might hit unprecedented levels over the next week. But, keep funding those foreign governments. He writes, “Along with many evangelical organizations, we urge Congress to maintain foreign aid, which is in danger of dramatic cuts.”

Elite Evangelicals have one mission—promote Globalization. They cheerlead the globalist agenda at every turn. Why?

Dr. Anthony Fauci said the travel ban on China helped in the fight against this pandemic. He then contrasted that with Italy’s failed response of open borders.

So, why are open borders so critical?

The quote at the top of this article from KT McFarland’s book Revolution is a devastating critique of what’s wrong with America’s ruling class. The way that politicians and the mainstream media react to this coronavirus pandemic reveals that China comes first.

Sen. Kaine then implied Trump’s pointing out the virus outbreak began in China is an attempt at distraction. He accused the President of tweeting disinformation instead of preparing for the virus—as other leaders and countries did.

You can’t take these senators seriously.

The claims of the mainstream press are unbelievable too.

For instance, the Daily Caller tweeted out this report from NBC’s Today Show: “NBC’s @KeirSimmons says that China ‘helped’ the world by ‘delaying’ the spread of coronavirus and that it is now ‘worrying that they may get re-infected…from the rest of the world.”

You can’t make this stuff up.

China who denied the virus was transmitted between humans in January—that’s two months after the first case in November—helped the rest of the world.

It would be comical if it were not deadly serious.

As KT McFarland pointed out this morning, “When this is over the US should rethink our entire relationship with #China.  Globalists should rethink what a China-led world order would look like.”

A China-led world order would be authoritarian. It would be dangerous for individual liberties.

As Michael Pillsbury details in The Hundred-Year Marathon, the US has enabled the rise of China through misunderstanding China’s motives. He writes, “The desire to help China at all costs, the almost willful blindness to any actions that undercut our views of Chinese goodwill and victimhood—has colored the U.S. government’s approach to dealing with China. It has affected the advice that China experts offer to U.S. presidents and other leaders.”

Understanding the good and the bad about China is important. China is determined to become the new global hegemon. As Pillsbury notes, this is not about conquest like a Napoleon or Hitler, but about growing China’s economic, technological and military power to replace America. When China does that, Pillsbury explains that we will see a new China-friendly world order.

So, why are so many American politicians defending and helping China?

America is the defender of liberty. If our policies weaken America then it will only embolden dictators and weaken our liberties.

We all know the answer to that.

Why are Elites of all kinds: political, economic, social and evangelical all on the same page regarding immigration, China and lockdowns?

This pandemic has the potential of destroying the Western World Order. Foreign Affairs, a publication of the Council on Foreign Relations starkly warned that the current economic crisis, if not arrested, could resemble the collapse of the Roman Empire.

According to the article in FA, “That process of unraveling might be, in its essence, similar to the unraveling of the global ecumene that happened with the disintegration of the Western Roman Empire into a multitude of self-sufficient demesnes between the fourth and the sixth centuries.”

In other words, the foreign policy experts caution that social breakdown could be inevitable if this crisis continues for an extended period. Only careful economic policies can prevent this.

However, as Dr. Fauci said, border controls helped control the spread of the virus.

And we know importing more cheap labor will only create more difficulties for the many millions of out of work Americans.

Which really brings us to the ultimate question—are these Globalists trying to break America?

In other words, it is business as usual for our Washington and Evangelical Elites.

2 thoughts on “Elites have 2 priorities during our crisis: Help China and more immigration”