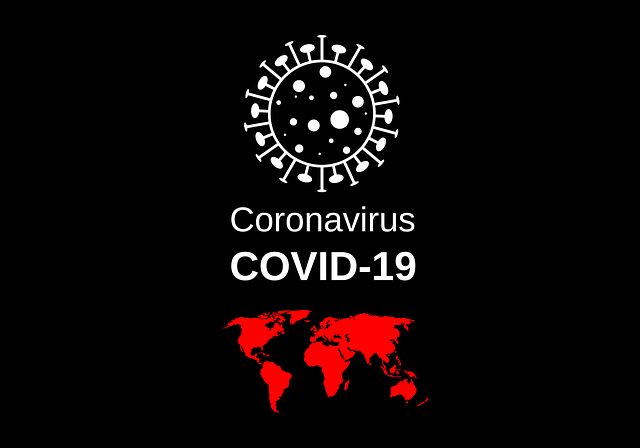 A group of anti-Trump, open borders Evangelicals led by Ed Stetzer and sponsored by the pro-impeachment Christianity Today magazine are holding a church summit on COVID-19 on March 26 and 27. This conference includes sessions on Immigration during the Pandemic and other Social Justice pet issues.

The Wheaton College group associated with the promotion of Social Justice during the coronavirus crisis is heavily involved in this through Stetzer and the Humanitarian Disaster Institute. A review of the COVID-19 materials prepared by these groups showed the use of progressive social justice terminology.

The conference appears designed to move the church leftward during this moment of crisis. Speakers include Eugene Cho—a radical who attacked President Donald Trump for telling the truth and calling it the China Virus.

Cho attacked the President for telling the truth about the virus (it began in China) over what it MIGHT cause. Cho told the Post, “I can’t speak for all Asians,” he said. “I know for myself and my family, we’re not just contending with a health crisis. … There might be backlash verbal and physical.”

Well, if there might be a backlash because of the truth, then what, should we ignore China’s culpability in causing this Pandemic?

Other anti-Trump speakers include the open border advocate Jenny Yang. Yang is a regular activist for more immigration and more refugee resettlement. Shockingly, Yang’s employer gets paid by the Federal government to resettle refugees.

In fact, World Relief received over 70% of its total revenue from government grants, according to a study by the Center for Immigration Studies.

Yang’s COVID-19 church summit topic is on—you guessed it—immigration. Or, specifically, Immigrants, Refugees, and the Church in the Covid-19 Moment.

Also slated to speak at the conference is evangelical author Philip Yancey. Yancey wrote Christians and Politics: Uneasy Partners. In that book, he included talk of a visit with President Bill Clinton. Notice his words about abortion and homosexuality:

“When I went to the White House to visit President Clinton, I was very aware that his reputation among conservative Christians hinged on two issues: abortion and homosexual rights. I agree fully that these are important issues—moral issues—that Christians must address. But when I went through the New Testament I could find very little related to either issue. Both practices existed then, in a different and more egregious form. Roman citizens did not rely principally on abortion for birth control. The women bore their babies, then abandoned them by the side of the road for wild animals or vultures. Likewise, Romans and Greeks also practiced a form of same-gender sex: older men commonly used young boys as their sex slaves, in pederasty. Thus in Jesus’ and Paul’s day, both these moral issues asserted themselves in ways that today would be criminal in any civilized country on earth. No country allows a person to kill a full-term, delivered baby. No country legally permits sex with children. Jesus and Paul doubtless knew of these deplorable practices. And yet Jesus said nothing about either one, and Paul made only a few references to same-gender sex. Both concentrated not on the pagan kingdom around them but on the alternative kingdom of God.”

And this is a leader platformed by Stetzer and his group to speak to the church on critical issues during this pandemic.

Why are there so many progressive social justice warriors scheduled to speak?

What conclusions should we draw from the speakers about the political purpose of this conference?

There is only one answer: Stetzer and his groups are accelerating the push leftward and using the coronavirus crisis to do it.