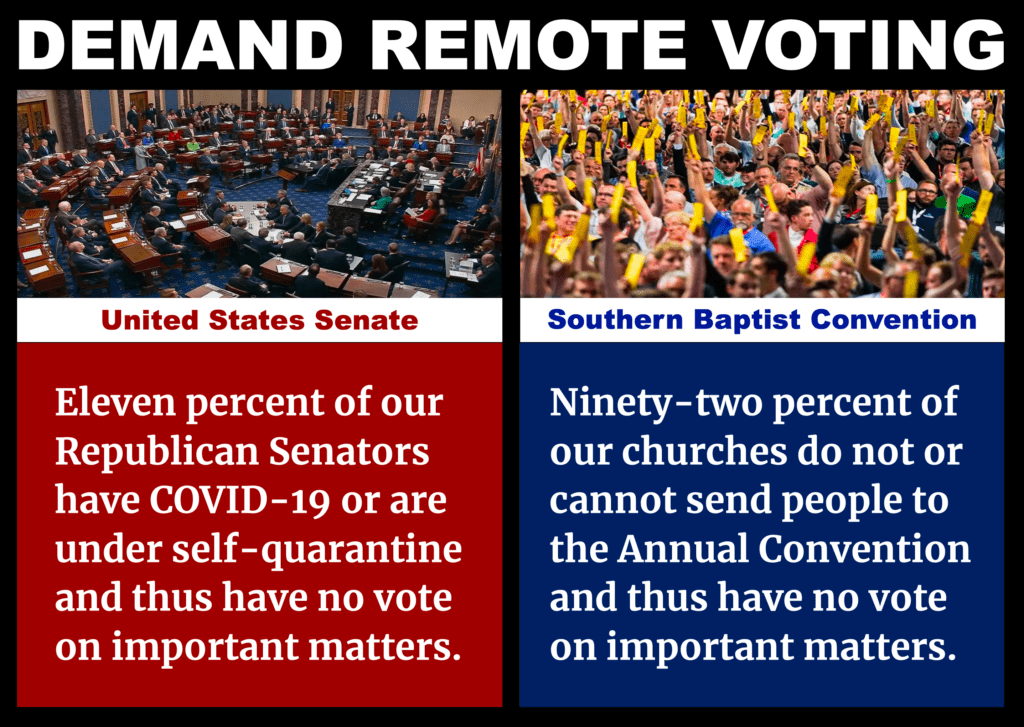 SBC Stuck with J.D. Greear for another year & Resolution 9 repeal delayed. How will conservatives respond?

The Southern Baptist Convention canceled its 2020 Annual Meeting because of the coronavirus pandemic. The announcement was made today of the cancellation. This is the first time since 1945 of such a cancellation, according to BP, the official PR arm of the SBC.

Also announced were plans for the officers like J.D. Greear to continue in office.

According to BP, “With the cancellation of the Annual Meeting, SBC officers would remain in office until their successors are elected at the next annual meeting. Members of many committees would remain in office, as well. The expiring terms of trustees of Convention entities would depend upon each entity’s individual charter.”

This is huge as it means Greear gains another year in office. Despite the two-year term limit on SBC presidents, the BP announcement indicates everyone remains until a successor is elected.

Greear is the controversial president of the Southern Baptist Convention. Greear has drawn criticism from conservatives over a host of issues. Greear appeared on stage with an anti-Semitic Imam during an interfaith dialogue but has of yet not apologized for it.

Mobilization to elect a conservative alternative to Greear was expected to increase turnout in Orlando.

Of course the other turnout mobilization was over conservative efforts to repeal Resolution 9—the resolution that approved the use of Critical Race Theory and Intersectionality as Analytical Tools. This has been a rallying point for conservative opposition and there were numerous plans to submit resolutions and motions against the SBC Elite push to embrace those godless ideologies.

That must wait until Nashville.

The trustee issues will be some of the most important to deal with in the coming weeks and months. How will expiring trustee appointments be filled? The President? The Executive Committee?

Does the Executive Committee have appointment power as part of its ad interim authority? We will have to wait for other announcements from the SBC to see how Nashville answers. However, getting conservative appointments on these trustee boards is critical to stopping the leftward drift of the SBC.

This cancellation also draws to the front a proposal made several times in the past and championed by one of this year’s presidential candidates—Randy Adams. Adams has promoted online voting as a solution to encourage more grassroots participation.

Naturally, SBC Elites have previously opposed this; however, perhaps this Pandemic could highlight the need to think outside the box to avoid future cancellations. That is not to dismiss security concerns over online voting. But, it might be wise to at least give remote voting a fair hearing.