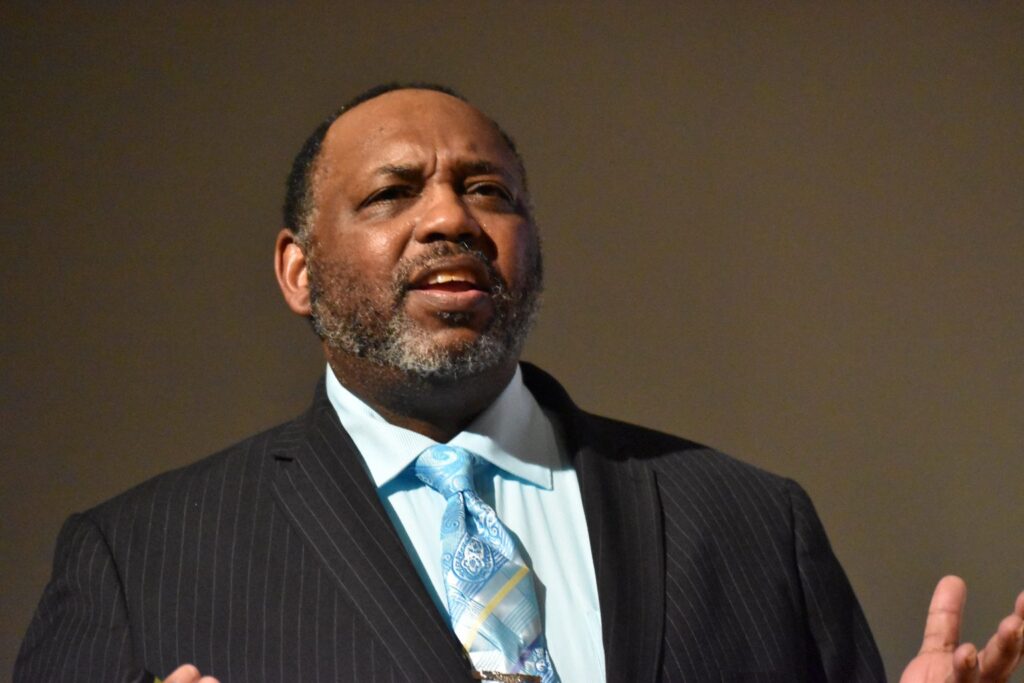 A former scholar with the Southern Baptist Ethics and Religious Liberty Commission (ERLC) warned Southern Baptists about the dangers of Neo-Marxist ideas like Critical Race Theory and Intersectionality during an event in Louisiana. Dr. Craig Mitchell, president of the Ethics and Political Economy Center, rejected the use of CRT and Intersectionality as “Analytical Tools,” and called out Southern Baptist professors for promoting these wicked ideologies. In fact, Dr. Mitchell called for the firing of professors espousing these Neo-Marxist ideas.

Dr. Mitchell warned that professors at Southern like Dr. Curtis Woods, the chairman of the 2019 SBC Resolutions Committee that approved the use of Critical Race Theory and Intersectionality as “Analytical Tools,” are promoting these dangerous ideas.

Read this important news report from the Louisiana state Baptist paper for the full account: MITCHELL: Marxist concepts have footholds at SEBTS, SBTS By Will Hall, Executive Editor of the Baptist Message (Louisiana).

Dr. Mitchell provided an important discussion regarding the general problems with Intersectionality and Critical Race Theory. Namely, these are Neo-Marxists concepts incompatible with the Great Commission.

Mitchell blasted the idea that CRT or Intersectionality could help Christians in their missionary work. He said, “It is not a useful tool to get people saved – I can tell you that.”

The Baptist Message reported, “Responding to the description in the resolution calling Critical Race Theory and Intersectionality ‘useful analytical tools,’ Mitchell said this is true only ‘if you’re a Marxist.’ He added that ‘There’s nobody I know at Southwestern who’s actually teaching Critical Race Theory and nobody who’s actually teaching Intersectionality.’”

And Dr. Mitchell didn’t stop there. He defended New Orleans Baptist Theological Seminary and its new administration. See the link to the Message for a long quote about Jamie Dew.

“Southern and Southeastern — those are places where it’s most problematic,” Dr. Mitchell said.

He provided specific names too:

“Walter Strickland teaches Critical Race Theory, and you look at black theology and some of the things he has said. Frankly, I am surprised he is still on the [Southeastern] faculty,” Mitchell remarked. “From Southern Baptist Theological Seminary, Louisville, Kentucky, you have Curtis Woods [chairman of the 2019 SBC Resolutions Committee] and you have Jarvis Williams. Jarvis Williams is a New Testament professor. From all accounts Jarvis in his courses doesn’t really teach New Testament, he just teaches Critical Race Theory.

“You have Kevin Jones*,” he added. “Kevin is also at Southern.”

There is so much more in the Baptist Message report. Read it. All of it. Then read or listen to the entire transcript. There aren’t many reliable Baptist outlets, but the Baptist Message is one of the few telling the truth. Their brave reporters are holding SBC Elites accountable. We should support their efforts.

There are several implications from this report: Should we believe public denials of SBC Elites like Danny Akin, president of SEBTS, when they tell us they aren’t drifting to the Left? (Here’s the Pravda, err, Baptist Press report on that.)

Also, why do these Neo-Marxist promoting professors have a job at any SBC seminary? Dr. Mitchell didn’t pull any punches in his comments about what should happen to those types of professors.

“And you know, I’ll be blunt, I think all those people should be removed from their positions,” Dr. Mitchell said. “Plain and simple.”

Dr. Mitchell is a real leader. He’s a brave man. He is a voice in the wilderness urging the Southern Baptist Elites to change their ways.

Will the SBC Elites listen or continue spreading nonsense like Danny Akin?

Because, Akin might deny it, but it is obvious to everyone else that Southern and Southeastern are drifting leftward.

Oh, and Dr. Mitchell is the type of man who should be leading the ERLC instead of progressive Russell Moore.

*The Baptist Message updated their story with this note: Kevin Jones of Southern Seminary is the co-editor of “Removing the stain of racism in the SBC,” with Jarvis Williams, also of SBTS. In the original version of this article, Kevin Smith was wrongly identified with this book. I apologize to Dr. Smith for the error and for any negative impacts because of this misidentification.