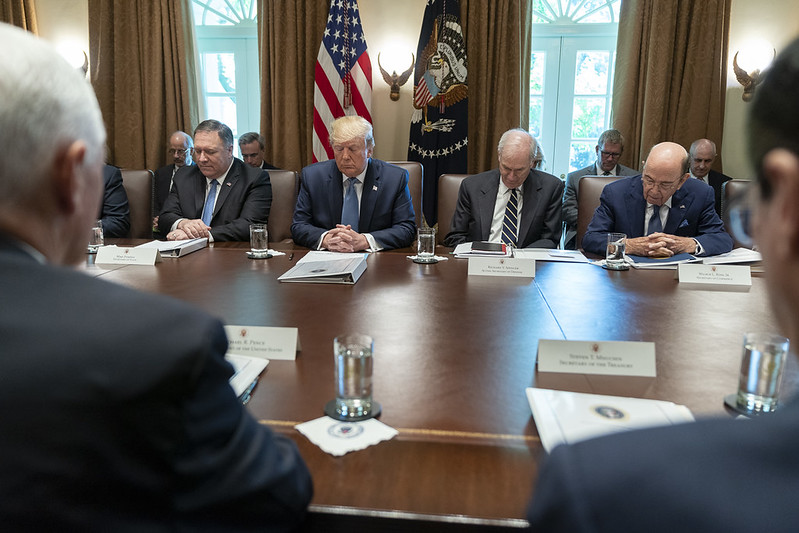 And this exposes the truly dangerous thinking promoted by these Elite Evangelicals at Christianity Today. Gagnon said,

“And this is a considerable source of the problem with the views espoused by Mark Galli and Timothy Dalrymple: They think that Trump’s flawed behavior, which will not fundamentally affect the lives of Americans, is somehow far worse than Democrats pushing legislation that has, and will have, radically negative effects for Americans from cradle to grave for generations to come, not to mention a virtual open-season on their lives of unborn children. That is a morally absurd view.

“So Trump is morally unfit for office but a Democrat who supports ‘LGBTQ’ coercion laws and virtually unrestricted abortion is more questionable? What scale is being used here? I’ll tell what kind of scale: A scale based not on what God thinks but on what left-wing people think about their evangelical views.”

“Although there was a self-profession of humility, significant portions of the editorial perpetuate a self-righteous tone (without the arguments to carry it off), as well as a continuation of Galli’s attack on those who disagree as disloyal to God. This was accompanied by an apologetic that everyone at CT is completely orthodox; nothing to see here, so keep moving. It wasn’t entirely convincing: There is actually something to see…

“If you come to the ‘table’ set by CT (i.e., buy its publication or read it online) you will do so under the shadow of its overbearing NeverTrumper ‘flag.’ You play their game, their way, and continue to be sub-Christians, the backward non-elite who are compromised by the culture and who dishonor before the world the God you are supposed to serve.”

Dr. Gagnon pointed out the double standard where Christianity Today attacks Trump supporters while being silent on evangelicals who supported Democrats like Hillary Clinton. Gagnon said,

“In the last three years Christianity Today has referred to evangelicals who voted for Trump over Clinton or would vote for Trump in 2020, or who supported Roy Moore over leftist Democrat Doug Jones, as Christians who are not ‘loyal’ to their God and Creator; who forget ‘who they are’ and ‘whom they serve’; who act in ‘hypocrisy’; who have ‘sold their soul,’ ‘changed their view of ethics,’ and worked for the destruction of evangelicalism, not ‘salvation’; who have flirted with ‘idolatry’ and ‘sabotage not only their political cause but … the gospel of Jesus Christ’; who are ‘fringe evangelicals’ and ‘far right evangelicals’; and who are people who ‘often haven’t finished college, and if they have jobs (and apparently a lot of them don’t), they are blue-collar jobs or entry level work’ and who ‘don’t write books or give speeches.’

“Do they think that we are such backward dull hicks that we don’t even know when we have been insulted? And they say that Trump is too mean to be President?”

And before you defend this double standard, remember a number of influential pastors including The Gospel Coalition’s Thabiti Anyabwile and Russell Moore supporter Dwight McKissic are both on record promoting the Democratic Party over Trump.

Why did Russell Moore spend so much time and energy attacking evangelical supporters of Donald Trump in 2016? The goal was to suppress voter turnout among evangelicals. It didn’t work.

However, as we enter 2020, Big Evangelicalism intends to strike back. They will do all they can to suppress evangelical support for President Donald Trump. There is an infestation in our conservative churches. Beth Moore attacks Donald Trump, and Beth Moore calls nationalism a sin. An ERLC Research Fellow calls for the removal of Trump and also says nationalism is “gross.”

And the calendar hasn’t turned to 2020 yet. Get ready. It’ll only get worse as liberals become more desperate.