Fighting for a Christian Worldview and America. 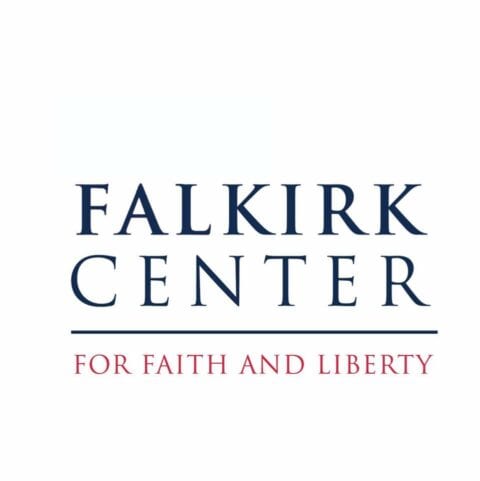 America was founded on Christian principles. Don’t let the secularists and leftists fool you. There are some great historical works recently released proving this including Mark D. Hall’s Did America Have a Christian Founding? and Rich Lowry’s The Case for Nationalism: How It Made Us Powerful, United and Free. And now there is a new conservative Think Tank founded to protect the Judeo-Christian principles of America. The Falkirk Center for Faith and Liberty exists to advance Christ’s Kingdom and defend American religious liberty.

The Falkirk Center’s mission statement declares, “The mission of the Falkirk Center at Liberty University is to equip courageous champions to proclaim the truth of Jesus Christ, to advance His kingdom and American freedom.”

On the Todd Starnes radio show, Falwell said, “Churches have just become weak-kneed and feckless. And you know the schools are just like you said have of become indoctrination camps. And so we’ve been blessed with resources and with the ability to make a difference and to re-educate a whole generation. I mean it’s a huge undertaking but I think it’s why Liberty University – why God blessed us in the first place.”

The Falkirk Center for Faith and Liberty sounds like an excellent alternative to the drifting and feckless Southern Baptist Convention’s Ethics and Religious Liberty Commission (ERLC). The ERLC is locked in an endless cycle of Never Trump virtue signaling.

The ERLC has lost its way under the former Democratic congressional staffer Dr. Russell Moore.

However, there is hope and it arrives just in time for the 2020 Presidential Election.

The Falkirk Center has the chance to become the voice for conservative evangelicals. Instead of a weak-kneed surrender in the Culture Wars (as advocated by Russell Moore and the ERLC), Falwell and others intend to stand and fight.

Of course, the response from some evangelicals was predictably sad and insulting. It is oft said that you can judge a man by his enemies. That’s true for Jerry Falwell Jr. He’s hated by Leftists and he is despised by the sneering snobs of Big Evangelicalism. Fallwell is attacked just as Dr. Robert Jeffress, pastor of First Baptist Church of Dallas, is despised for standing up for conservative principles.

One thought on “Falkirk Center: A Conservative alternative to the Never Trump ERLC”