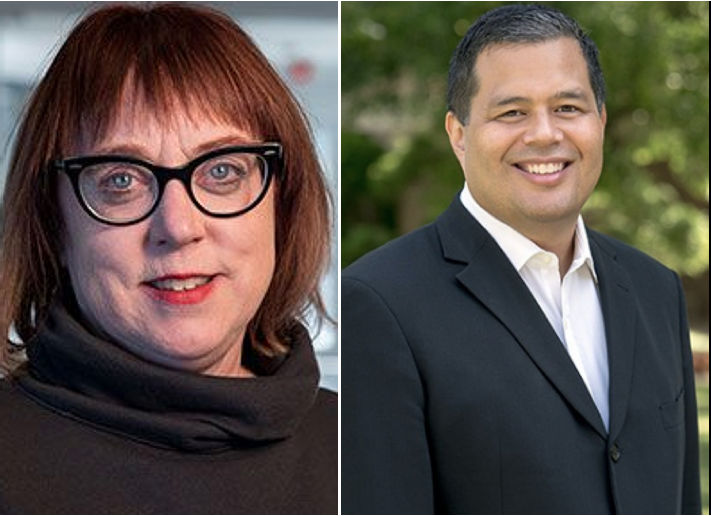 How to Get Ahead in the Southern Baptist Convention? Don’t be a real conservative.

There are many areas of importance. The essay explores everything from immigration to Revoice. However, there was a tidbit on Trump that caught our eye. And that reminded us, Prior is a vocal Never Trumper. Even the New Yorker has featured her rabid Never Trumpism.

In fact, this is how the New Yorker described her presidential politics: “She is also a committed Never Trumper who has decried the President’s positions on immigration, race, and women. She has called for protections for undocumented youth and defended Black Lives Matter.”

As for Lopez, he supports the president. According to one writer, “In 2016, Lopez was a signatory to the manifesto by Scholars and Writers for Trump. Lopez has never retracted his support for the president though he has not commented in great volume about Donald J. Trump in his editorial writing.”

As for immigration, Lopez has written in defense of legal immigrants. “Liberals who talk about illegal immigration have never, in my experience, wanted to listen to people who followed the rules to come here.  Their racism leads them to dismiss our stories (because we serve no purpose) and to oversimplify the stories of illegal aliens (because they assume that poor ‘others’ are too stupid to know how to follow the rules).  They dramatize the sufferings of people at the border while showing total indifference to the sacrifices of people in their midst who came to America the right way.” (Source)

As for Prior on immigration, she co-wrote an essay with a Dreamer arguing, “Beyond politics, these are real people, and losing them would harm our churches, community and economy. Furthermore, as a Christian, I cannot ignore my neighbor Bruno — nor his fellow DACA recipients.” (Source)

Notice a trend? If you want to get ahead in Southern Baptist life, then you need to espouse positions more inline with the Washington Post than with rank-and-file Southern Baptists.

Our seminaries ought to remember about Pickles and Souls and the consequences of failing that standard.