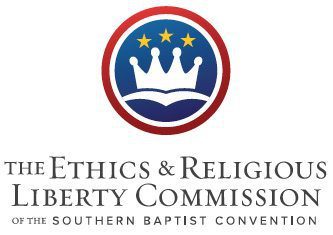 The Southern Baptist Convention’s Ethics and Religious Liberty Commission published an essay urging Christians not to preach against abortion.

Yes, you read that right.

According to an essay posted by the ERLC, “Most women don’t need you to tell them that abortion is wrong; they know it is.” (Source)

And, “You don’t have to post internet memes and videos, display bumper stickers, or make rude comments to tell me how terrible abortion is. Nor do you need to shout it from street corners or pulpits—I know. My mother knows. Over 66% of women know.”

Does this apply to all sins? Racism? Sexual abuse?

Or is this a special case for a special issue—an issue that animates conservative Christians to head to the polls and vote against the Democratic Party?

Oh, yeah, that reminds me the leadership of the Southern Baptist Convention’s ERLC is Never Trump. And abortion was an issue that galvanized evangelical support for President Donald Trump and the Republican Party.

Undermining the Pro-Life Movement is a priority for Democrats heading into the 2020 Presidential Election.

So, are any of us shocked when the Southern Baptist Convention’s Ethics and Religious Liberty Commission furthers a Democratic election goal?

Beyond the political motives for undermining the Pro-Life priorities of Evangelical voters is the myopic focus on the women considering abortion.

However, there are other parties who need to hear a message against murder. For example, in the heartbreaking story shared in the post, a set of parents urged abortion on their daughter—not once, but twice:

“At the time of her daughter’s death and her ex-fiancé’s arrest, she was pregnant with his child. Her parents approached her again to ask if she wanted to have an abortion. In grief and anger, she agreed.”

That’s true. And they need to hear the truth about sin.

They need to hear the truth about abortion in the pulpits.

They need to hear the truth about abortion on the streets.

They need to hear the truth about abortion on the Internet.

Abortion is murder. It is the taking of the most vulnerable and innocent human life.

We must preach against this sin.

Even if it hurts the Never Trump movement and the Democratic Party’s election chances.