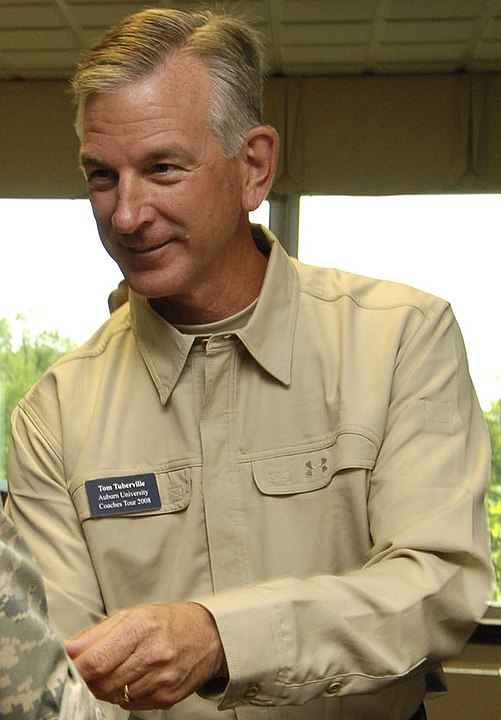 Hutchinson told his story on the Rick & Bubba Radio Show and al.com reports on the highlights. Key quote from the interview, “It comes a point when you gotta take a stand. We don’t have two parties anymore. We have good vs. evil. When you got one party that says it’s OK to kill babies and by the way, this is the first time I’m ever seen a liberal get mad about chopping up a baby.”

And former Auburn football coach Tommy Tuberville responded to this on Twitter. Tuberville said, “The liberals get more upset about a baby Trump balloon getting stabbed, than they do 60 million abortions taking place.  Keep standing strong, Hoyt.”

The liberals get more upset about a baby Trump ballon getting stabbed, than they do 60 million abortions taking place. Keep standing strong, Hoyt. https://t.co/rxnefl3tCK

Tuberville gets the essence of the Culture War. Liberals ignore the key issue of our age—justice for the innocent children who are murdered on the altar of sexual autonomy and personal convenience.

Hoyt and Tuberville understand that we no longer have two parties, but a division between those who stand for Life and those committed to more abortions—more dead babies.

The future of America hangs in the balance. Too many so-called conservatives don’t get the importance of the Pro-Life issue. Tuberville, a candidate for Senate in Alabama, certainly does.

He’s a natural campaigner. He’s got a gift for finding a way to make news—and his tweet is news. What other politician would wade into the Case of the Baby Trump Balloon Stabber to make a pro-life statement?