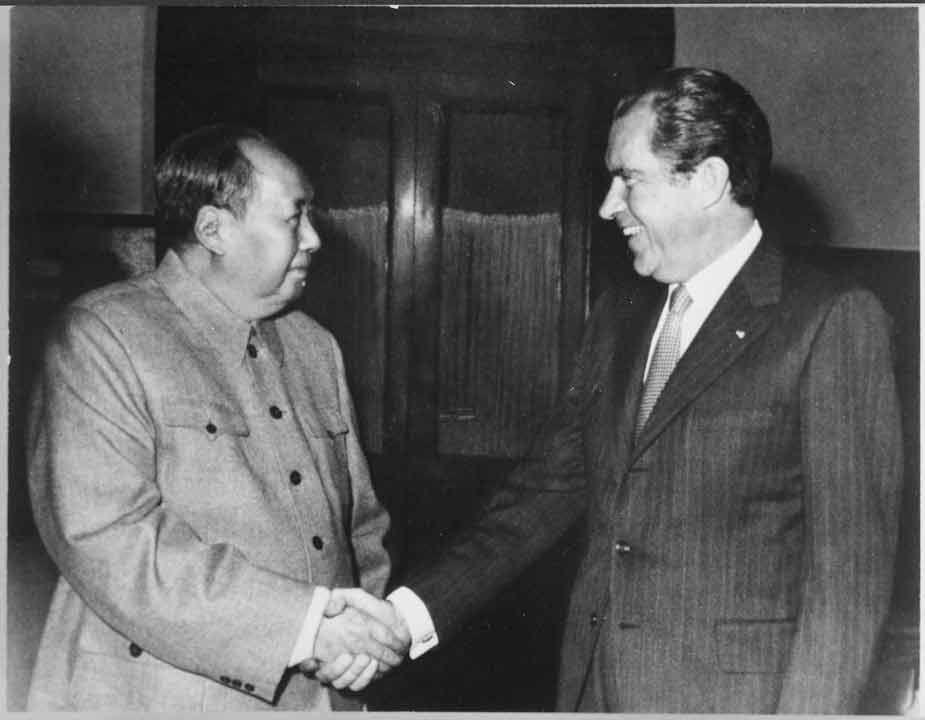 Russell Moore’s foreign policy op-ed published this week in the Wall Street Journal was an interesting exercise in contradictions. His desire for sanctions on China is directly in contrast to his written desire to minimize tariffs. Of course, the tariff issue hit Lifeway, and one shouldn’t be shocked when dollars trump principle. If Lifeway, the ERLC and the Southern Baptist Convention were worried about China’s human rights record, it wouldn’t do business with the atheistic, communist regime. But, well, profits. (You can read our first reaction to Dr. Moore’s WSJ piece here.)

Some will attempt to defend sanctions on China to protect human rights as noble, while economic sanctions to protect American workers are ignoble. Such a view is wrong.

The discussion presents important questions—for whom does government work? For what ends does a state engage in a foreign policy?

For whom does a government work? The people it governs. This is affirmed by secular political philosophies and the Bible in Acts 17:26 “From one man He has made every nationality to live over the whole earth and has determined their appointed times and the boundaries of where they live.” This verse tells us that God appointed nations and set boundaries for them. These national boundaries define the extent of a nation’s domestic authority. Within those boundaries, the government has a duty to protect its people.

This means the state has a greater obligation to protect its people than to help those outside its borders. Now, one can very well engage in a foreign policy to help the oppressed people of China. In fact, our nation should do that. However, Dr. Moore’s view on tariffs and immigration exposes his fundamental flaw: Americans are less important to him than random foreigners.

We should ignore his political advice. Such a view disqualifies him from being taken seriously. Just like his falsehood about Jesus (Dr. Moore famously called and has so far not retraced the lie that Jesus was a “so-called illegal immigrant.”)

The Proper Goals of an American & Christian Foreign Policy

Constructing an American and a Christian foreign policy can go hand-in-hand because America and Christianity both assert important universal claims about the dignity of the individual. Ronald Reagan and the Cold War presidents of both parties believed in and talked about the morality of the American way of life.

But there is always a balancing of competing priorities.

A Christian foreign policy should also promote universal values, but do so in a way that makes the nation safe. That’s the point of government—the security of its people from domestic and foreign threats. Romans 13, I Timothy 2:1-2, and I Peter 2:13-14 forms the basis of this argument.

Romans 13 isn’t license for a government to be evil. However, Romans 13 forces government to certain duties. Since citizens can and should vote, we have an obligation to vote for the candidate who most closely aligns with a biblical view of government’s primary role (punish evil, protect good). In the US case, that would never be a Democrat since they promote the holocaust of abortion, etc. The Democratic Party embodies the spirit of the antichrist.

What should be the Christian’s foreign policy preference? The National Interest.

For America, that will include an array of calculations and a balancing of priorities. As noted above, we need a foreign policy that spreads key American values, but that also prevents war and the erosion of American power.

Russell Moore’s policy suggestions will only serve to make America weaker and increase confrontation with China. That seems a bad basis for a Christian or American foreign policy.

Confrontation with China in the 21st century is inevitable. However, it must be managed and only engaged when it serves the national interest by making American safer and stronger.