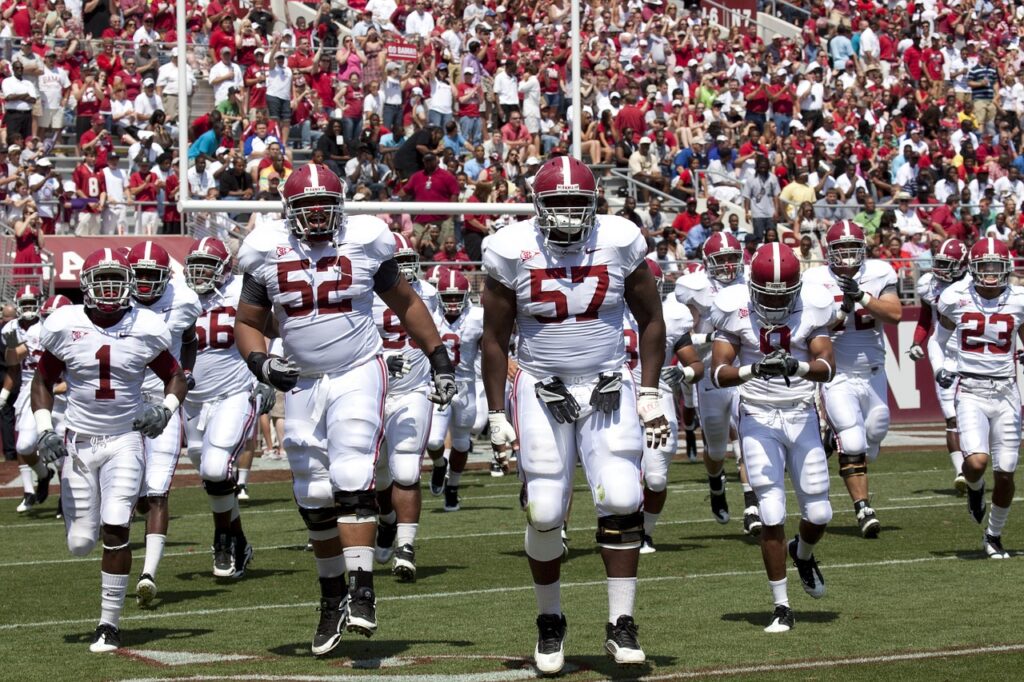 College football returned Saturday night. I put aside reading the second volume of the Life of Marlboro in an attempt to find solace in the SEC. For most of my life, the arrival of football announced the blessed return of cooler weather and excitement. It was time shared with family.

The family part is gone. My dad passed away in 1994 and my mom just about a week before Alabama’s BCS Championship victory over LSU. My son has autism, so has little interest in the sport. He may tolerate it on the television, but decidedly, it is not important.

Yet, for a few weeks, perhaps months, college football and the NFL provided a distraction. All that seems wrong in the world can disappear for 60-minutes of game clock. That is what made the progressive politicization of the NFL and the national anthem such a sad event. The Left’s Cultural Bolshevism wants to rob us of every possible sanctuary.

One cannot escape the feeling of hate. These elites despise me, my politics and my faith. They will use their power to crush. Even watching sports or a sports talk show empowers our enemies. As NBC’s Pro Football Talk exposed their progressive desire to destroy all conservatives.

There is no escape from the Cultural Bolsheviks.

They are on the offensive from their media conglomerates.

They are on the offensive in governments. Around the globe, the West surrendered to the tide of the new totalitarians. Failure to be supportive of the new agenda, will result in persecution, as Rod Dreher’s blog chronicles in this one story from Finland.

They are on the offensive in our churches. They bring their Trojan Horse to the very gates of our sanctuary. There is no escape from the battle.

Inexorably as the clock ticks, a big play here, a mistake there, my mind is restless.

“Does this matter? No.

My mind darts down the path of old times. Football was a distraction. It was not important, but it could fill hours of time. There was the game. Analysis of the game. Recruiting. Coaching drama. The Paul Finebaum Show. And it was not so long ago that all of this was fun.

Perhaps it is time to put away childish things?

While there is still time for joys and distractions, the hour is grave. However, God is sovereign. And we can have confidence that in whatever time and in whatever spot He places us, that His design will triumph. In such a cause, no action is too small nor role insignificant.

That is great comfort. Something football never really offered.