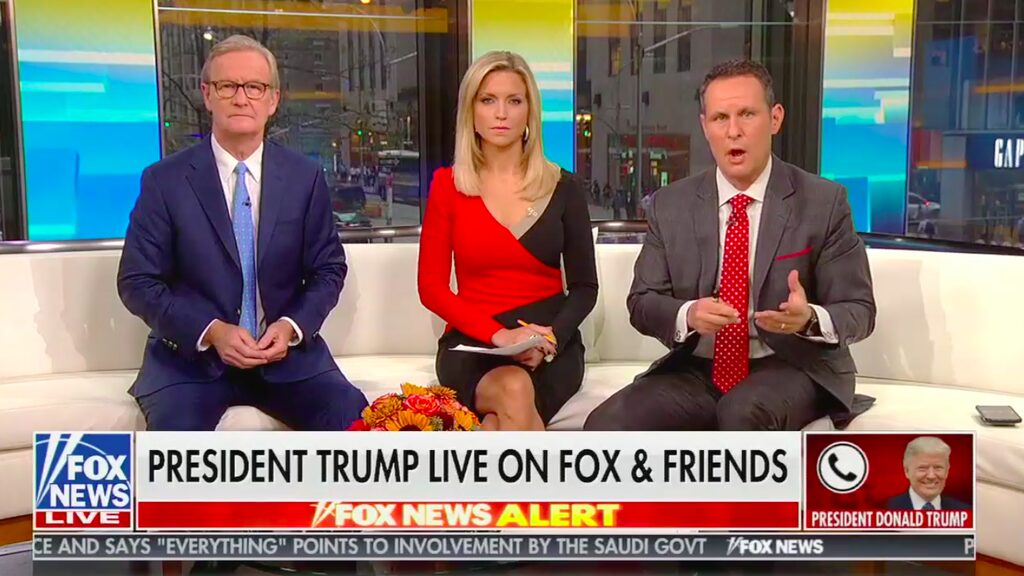 Another day, another person paid by the Southern Baptist Convention attacking President Donald Trump. This time, the employee of the Ethics and Religious Liberty Commission attacked President Trump and Fox & Friends. Why? Oh, well, Orange Man Bad! Or, more specifically, because Trump said he could end the Afghan War with millions of casualties, but doesn’t want to do that and would rather work with partners in the region to end the war.

The virtue signaling, Never Trump Joe Carter of the ERLC and Acton Institute tweeted, “I don’t think committing the most horrific act of genocide in the history of the world would count as a ‘win.’ But then again I don’t spend my days learning about national security by watching Fox & Friends, so what do I know.”

In the video enclosed in the tweet, President Trump talks about how the US wants to work with Pakistan to deal with the security situation in Afghanistan, rather than going it alone.

So, just to be clear, the ERLC employee is attacking Trump over the US having the potential (and the contingency plans) to end the Afghan War with lots of casualties, but Trump doesn’t want to do that.

And that makes Trump some kind of monster.

This is what Southern Baptist tithes and offerings are funding.

It is understandable that Never Trump evangelicals hate Trump, but why does the Southern Baptist employee despise Fox & Friends?

What did Fox & Friends ever do to the ERLC?

When did the Never Trump faction of the Southern Baptist Convention turn on Fox & Friends?

Next, these guys will turn on Chick-Fil-A.

Wait, they already tried that when the ERLC published the anti-delicious food guy—remember? The professor who said we shouldn’t eat animals?

Oh well. Just as the Leftists in the secular world suffer from Trump Derangement Syndrome, it appears evangelicals do too. And it is now has these evangelical pundits attacking Fox & Friends.