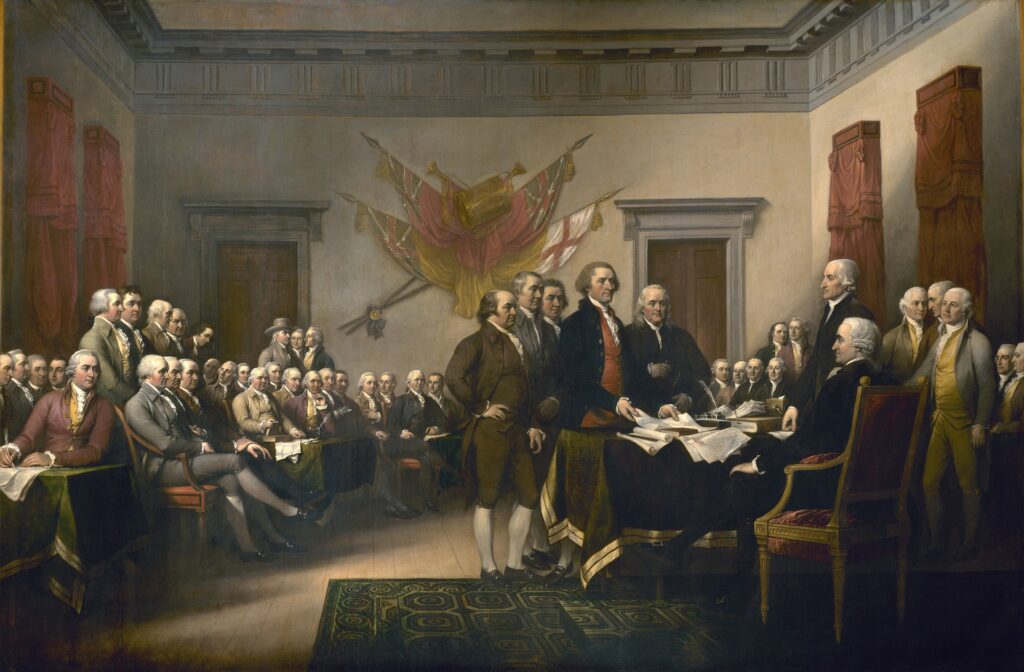 We must temper our desire to spread American values with the realization that our mission is not universal—even if our values are.

Mark Tooley wrote an article at Providence: The Journal of Christianity and Foreign Policy asserting that National Conservatism and American Exceptionalism are at odds. His example was the U.S. commitment to individual human rights such as religious liberty.

Tooley wrote, “That the USA should as policy promote religious freedom and human rights is intrinsically American Exceptionalism and presumes American principles are morally universal.”

I’m not sure National Conservatism would think promoting religious freedom is a bad thing.

One can make a case for promoting human rights—promoting religious liberty—without engaging in messianic wars to spread democracy or enforce our values on other peoples.

One can think American values are universal, and not see it as our right or our duty to spread these values by force.

Think for a moment of the difference between the American Revolution and the French Revolution.

The American Revolution spread its values peacefully through influence and conduct. As George Washington counseled America to follow a policy that gave to the nations an example. In his farewell address he said, “Observe good faith and justice towards all nations; cultivate peace and harmony with all. Religion and morality enjoin this conduct; and can it be, that good policy does not equally enjoin it – It will be worthy of a free, enlightened, and at no distant period, a great nation, to give to mankind the magnanimous and too novel example of a people always guided by an exalted justice and benevolence.”

In contrast, the French Revolution thought it could change the world and quickly set about remaking its internal institutions and waging war in Europe. Its defensive wars gave way to wars of expansion—creating new republics.

This didn’t help the peace of Europe. It didn’t result in a lasting spread of French Revolutionary values.

Will the US truly change Iraq? The war devastated the lives of Iraqis. There are democratic institutions, but the Christian population of Iraq is dwindling. Did we advance religious liberty or harm it with our adventures?

This is a question National Conservatism asks: How do we balance the right of self-determination with our foreign policy interests. Self-determination is a key element of the post-war order; it was recognized as a key principle in the Atlantic Charter.

As Yoram Hazony points out in The Virtue of Nationalism, “Either you support, in principle, the ideal of an international government or regime that imposes its will on subject nations when its officials regard this as necessary; or you believe that nations should be free to set their own course.”

As the post-war order aged, and the Cold War was won, self-determination decreased as a policy priority. Just look at Brexit or just about any EU referendum to judge the West’s view of the people’s right of self-determination.

America is exceptional. So, American Exceptionalism is a good thing if properly understood.

As Rusty Reno said at the National Conservatism conference, “Abraham Lincoln spoke of Americans as ‘God’s almost chosen people,’ a wonderful formulation. Our mission as a nation is not universal salvation, yet as Lincoln saw, we nevertheless have an appointed task that fits our time and our place.”

Reno correctly pointed out that the fusion of the church’s universal mission of salvation is often mixed with American foreign policy goals. Reno prefers a balance between church and state.

“Now leavening our democratic society with a biblical outlook is crucial,” Reno said. “But ascribing the universal mission of the church to America is a perilous thing. In recent decades it has fueled delusions of an American-led liberal empire.”

Reno attributed this mixing of missions particularly to “low-church Protestants.” In other words, Baptists like me.

He’s not wrong. Look at Southern Baptist Russell Moore and the ERLC who demand the Trump administration treat illegal immigration the way a Christian individual should respond to a person in need.

“There is the potential for a great deal of mischief if we fuse church with nation,” Reno said. “For example, there are bishops in the Catholic Church in the United States and in Europe and there are Protestant Pastors who judge prudent restrictions on immigration to be violations of biblical ideals of universal welcome and universal hospitality. But these ideals apply to the people of God—to the church—and not to the United States of America.”

This is a gigantic problem in evangelicalism. I’ve written about it extensively. Applying personal commands of discipleship to the state is a disaster. It would lead to mercy over justice—so criminals would go unpunished and armies would not defend us from aggression. Yet, this is the inevitable end of Russell Moore’s political theology.

Dr. Robert Jeffress appeared on Janet Mefferd’s radio program this week to discuss the future of America and a biblical outlook for the future. He sounded the right note: joy over good policies from President Donald Trump, and a realization that at some point, the world will decline, the katechon will be removed and the Antichrist will lead mankind toward destruction. Only, then, after the Great Tribulation will the end come—and we can enjoy the eschaton in light of the Parousia.

We must temper our desire to spread American values with the realization that our mission is not universal—even if our values are. This means we should promote our values like religious liberty with the humility to recognize we do not have the power for perpetual messianic wars and the realism to know that only when Christ returns will everyone enjoy real freedom.