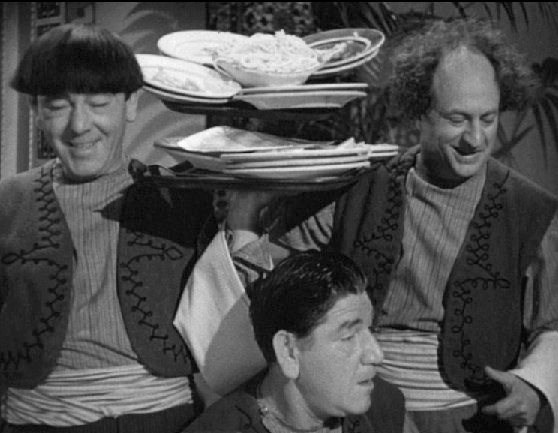 Where the culture leads, the SBC will follow. That’s the message from the 2019 Southern Baptist Convention’s Annual Meeting. Southern Baptists will do anything to stop the denomination’s declining numbers. If the world likes racial identity politics, then the Southern Baptist Convention will play racial identity politics. If fifty percent of the country votes for baby killers, then we will say, “Secondary issue,” and welcome them into the church. Pragmatism is now our strategy of church growth. It will not result in blessing; it will only result in punishment.

Why? Because we won’t call sin what it is—sin. We’ll say godless philosophies of Neo-Marxism (and Intersectionality and Critical Race Theory are bitter fruits of Neo-Marxist critique) are useful.

Useful for what? As “analytical tools.”

Well, they are a means of critique.

What will they critique?

Take a deep breath. It’s worse when you see the utilitarian arguments for embracing Democrats. More on that later. But first, let’s look closer at Intersectionality and Critical Race Theory.

What are Intersectionality and Critical Race Theory?

So, what is Intersectionality? Here is a video of Ben Shaprio explaining it.

And here is a video of Jordan B. Peterson repudiating identity politics:

So, as of right now, Ben Shapiro and Jordan Peterson hold to a better, more biblical view of radical feminist inspired Intersectionality and Critical Race Theory than Southern Baptists.

How does that make pew-sitting Southern Baptists feel?

Take heart, there are Bible-believing Southern Baptists fighting for truth.

There were important voices crying out against the rising tide of progressivism in the Southern Baptist Convention. Pastor Tom Buck, Lindale, Texas, condemned the resolution from the floor microphone. Pastor Tom Ascol, Cape Coral, Florida, condemned the resolution and offered an amendment to make it clear the SBC considered Intersectionality and Critical Theory “are godless ideologies that are indebted to radical feminism and postmodernism, and neo-Marxism.”

The amendment was defeated as messengers, as usual, deferred to the Committee on Resolution’s decision. That’s why electing a real conservative as SBC president is so important—it reduces this type of progressive showmanship at the convention.

We asked Dr. Ascol if he was concerned about the future of the Southern Baptist Convention. Here’s his answer:

“I’m concerned about the direction of the SBC. When we have an agency head that shows no hesitation to avoid answering sincere, honest questions, we have a problem. When the arguments for women preachers that are being made today are the same as made by those who made the CR necessary 30 years ago, we have a problem.”

“Yes, I’m concerned, but not discouraged. Our God is good in all His ways. Jesus will build His church. Our job is to remain faithful.”

So, how can Southern Baptists remain faithful? Tell the truth. Condemn racial identity politics. Remember last year when the Alt-Right was condemned? Well, now Intersectionality is a tool. How is that for a double standard? I don’t think the Lord approves of such hypocrisy. If racial identity politics is bad, then condemn all of it and not only the unpopular ones in an attempt to expand your missionary appeal.

And that is what J.D. Greear promoted during his Convention sermon.

Greear’s convention sermon promoted the Gospel Above All. He attacked divisiveness over secondary issues—issues like voting for the Republican Party.

“In our political climate we know that if we’re known as the stooge for one party, we’ll lose all audience with the other,” said Greear. “When we tie our message too closely to a political platform, we put an unnecessary obstacle in the way of the Gospel for half of our mission field.”

“Using a consequentialist (utilitarian, transactional) argument, Greear warned that by becoming too tied to one (Republican) Party or even to specific political policies around pro-life advocacy (!) the church would lose ‘half of our mission field.’ Greear also threw in the issue of racial reconciliation to give the appearance of being evenhanded. In slippery fashion Greear said (according to an SBC report summary) that Southern Baptists can still preach the truth about ‘the sanctity of life, the importance of religious freedom and their responsibility to the vulnerable and poor’ (note the faulty comparison of two sea-change issues with a third non-sea-change issue) but should not presume a particular policy prescription or voting pattern. That’s like saying that you can rave about good strawberry shortcake so long as you don’t insist that anyone making the dish include strawberries in it.”

Gagnon then offered a withering critique of this pragmatic church growth emphasis. He said,

“To show how untenable and misguided Greear’s reasoning is, one need only consider other examples in history. Should we say that by aligning the American church with the Party that supported freedom and civil rights for African Americans in 1860-1880 (the Republican Party) or by aligning the German church with the Party that had the best chance of defeating the Nazi Party in the late 1920s and early 1930s (the Social Democratic Party) Christians made the church a ‘stooge’ of these parties? There are times in the history of democracies when one Party is so out of whack with godly policies that it requires Christians to separate themselves completely from that Party. To do anything other would be immoral and irresponsible.”

Todd Starnes of Fox News’ Starnes Country made it clear how he views this. He tweeted, “My fellow Southern Baptists, there is no need to apologize or repent for supporting a politician who defends religious liberty and fights for the unborn.” He also said, “I’m a Southern Baptist and I vote Republican because they defend the unborn. The Democrats do not. If that makes me a stooge — so be it.”

J.D. Greear and Southern Baptist elites refuse to say it, so I guess it falls to me to say it: Voting for the Democratic Party is evil. You cannot be a biblical Christian and support the Party of Molech. The very spirit of antichrist is in the Democratic Party. Democrats need truth, and not weak words of appeasement.

When the Southern Baptist Convention embraces godless, worldly philosophies and promotes policy equivalence between Democrats and Republicans, one might ask: What religion is this?

Well, The religion of church growth pragmatism. If the culture likes it, we love it.

The Future of the Southern Baptist Convention: Mark your calendars for Orlando 2020

If you are worried about the future of your denomination, then mark your calendar and plan to travel to Orlando June 9-10, 2020. There will be a contested presidential election, and no doubt more world-pleasing resolutions offered.

We must remain obedient to Jesus. Even if we feel the progressives have won, while there is strength in our arm, we must pick up the sword and cry, “Once more unto the breach.”

As the Southern Baptist Convention talks about unity, unity slips from its grasp. Unity is not found in worldly grievance philosophies; unity is found in Christ. We honor Christ by telling the world the truth, and the truth is the Party of Infanticide is evil. If we aren’t willing to be honest with sinners, then we don’t really love them.