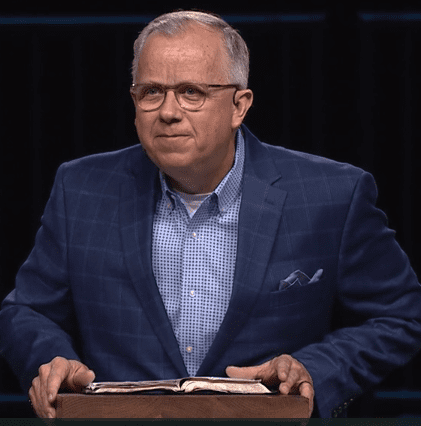 The Pastor’s Conference of the 2019 Southern Baptist Convention began Sunday evening, and it was full Social Justice Warrior inspired Woke. Ed Litton, pastor of Redemption Church Mobile, Alabama said conservative, bible-believing Southern Baptists haven’t sufficiently dealt with the sins of the past (lynchings dating to 1886) and are too divided over current controversies involving women preachers and praying over the president. So much for the Soul that sins is the one condemned and all that inconvenient stuff. Nope. Southern Baptists need to repent of sins they haven’t even committed. Oh, and don’t criticize Beth Moore and David Platt.

Litton preached on Matthew 5:4 “Blessed Are Those Who Mourn.” Litton said there is a “hole in our repentance.” He encouraged Christians to walk through the Trail of Tears and realize what sin has done.

One might respond, “I’m not guilty of those sins. That is a form of rationalization. Nehemiah was not guilty, yet he wept for the sins and condition of Jerusalem,” Litton said.

This is a common theme among the Social Justice crowd. There must be more than individual repentance and it must involve a long process of tearful reflection. Of course, only one ethnicity must engage in that, but shhh! Don’t focus on that.

“The most recent flashpoint are attacks against two people who I frankly love, Beth Moore and David Platt,” Litton said. “I know you are free to say what you want, but I thought under Christ you may not be free to just say anything.”

Litton then took a swipe at public critics of Moore and Platt in the ministry and media.

“You say, ‘I’m here to correct everybody,’ God help you,” Litton said. “We are being played by Satan for the cause of division that will strangle the Gospel from taking this world for the glory of God,” Litton said.

The division in the church shows the church is reflecting the “political culture of our nation more than the culture transformed by the love of Jesus Christ. We need to check ourselves,” Litton told Southern Baptists.

This raises an interesting problem. If someone is teaching error, or promoting incorrect doctrine in public, does it help or hurt the church if the error is uncorrected?

Can there be unity in error?

“SBC resolutions are not the same as repentance,” Litton said.

Litton expanded the definition of racism to include indifference to the issues of African-Americans.

“You say, preacher, I am not a racist, Are you indifferent?,” Litton asked. “The opposite of love is not hate, it is indifference. And there is a sin of being indifferent about what our Africa-American brothers and sisters are experiencing in this country—what they have, and there is an opportunity for us.”

Of course, notice the worldly sorrow in the verse. Where does it lead? Is demanding people repent of sins they haven’t committed not the epitome of a worldly view? Isn’t that loading people down with unnecessary burdens?

Also, isn’t there a bit of a double standard at work here: Litton eschews public criticism of David Platt and Beth Moore, but engages in a critique of the critique.

Of course, the sermon was popular among the rising Social Justice Warrior Southern Baptists.

14 thoughts on “Southern Baptist Convention 2019: Off to a Woke Start”