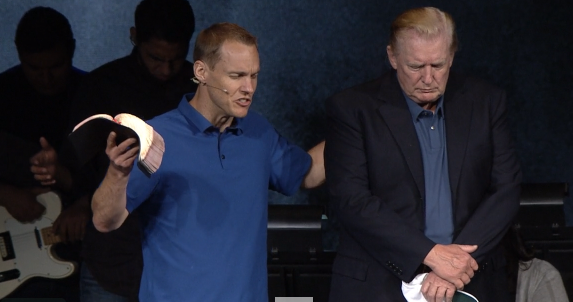 McLean Bible Church is roiled over the issue of Wokeness. Church members who are insufficiently Woke, were dressed down in a Facebook post by an associate pastor at the church. The associate pastor praised David Platt and blasted critics upset with church leadership as “insensitive” to people of color and the marginalized.

The associate pastor wrote in a Facebook post, “To those of you (esp. in our church) who have criticized him for acknowledging the hurt his decision caused, and who have even had the calloused audacity to malign those who are hurt, your brash insensitivity is the reason why so many minority and marginalized people struggle to be a part of ‘Evangelical’ churches. If you *really* care about ‘gospel unity’, ‘racial reconciliation’, and ‘the least of these’, do better.”

The associate pastor’s Facebook post was forwarded to the Capstone Report by concerned McLean Bible Church members and former members. These sources were not only outraged at the treatment of President Donald Trump over the rudeness they felt the church leadership showed in Platt’s explanatory note, but were shocked at the brazen attack on those who disagree with it as lacking Gospel unity.

The Facebook post reads like a checklist of Wokeness. It insinuates the only people who care about Gospel unity, racial reconciliation and the least of these are those who validate the hurt. Or, let me clarify it—you must validate their Democratic partisan and/or Never Trump partisan views to be a real Christian.

It blames non-minorities for keeping minorities and “marginalized people” away from Evangelical churches. And, if one is not sufficiently chastised, the associate pastor instructs those concerned about the church to “Do better.”

There are some elements to this attack on the non-minorities at McLean Bible Church that bring to mind these words from John Piper about emotional manipulation. Piper said,

“Emotional blackmail happens when a person equates his or her emotional pain with another person’s failure to love. They aren’t the same. A person may love well and the beloved still feel hurt, and use the hurt to blackmail the lover into admitting guilt he or she does not have. Emotional blackmail says, ‘If I feel hurt by you, you are guilty.’ There is no defense. The hurt person has become God. His emotion has become judge and jury. Truth does not matter. All that matters is the sovereign suffering of the aggrieved. It is above question. This emotional device is a great evil. I have seen it often in my three decades of ministry and I am eager to defend people who are being wrongly indicted by it.”  (H/T to AD Robles for sharing this quote on Twitter this morning. It perfectly describes the Social Justice rhetorical manipulation.)

Notice the similarity to what is happening at McLean Bible Church and in all of evangelicalism?

Failure to submit to the “Hurt” of someone is failure to be a proper, loving Christian. It makes the non-minority church members into captives of the feelings of the Never Trump, political partisans in the church.

What is the way forward for McLean Bible Church? Some members are contemplating leaving. Many will stay. Whatever the case, church leaders should rebuke those who cause racial division. And the cause of division in the church was not Donald Trump, but the festering Wokeness.

A word of advice: Real healing, real racial reconciliation does not come from making sovereign the feelings of hurt experienced when by a politician received a prayer. Hate for Donald Trump and partisan political views must submit to the unity we all have in Christ. That’s the foundation for healing. Not feels.