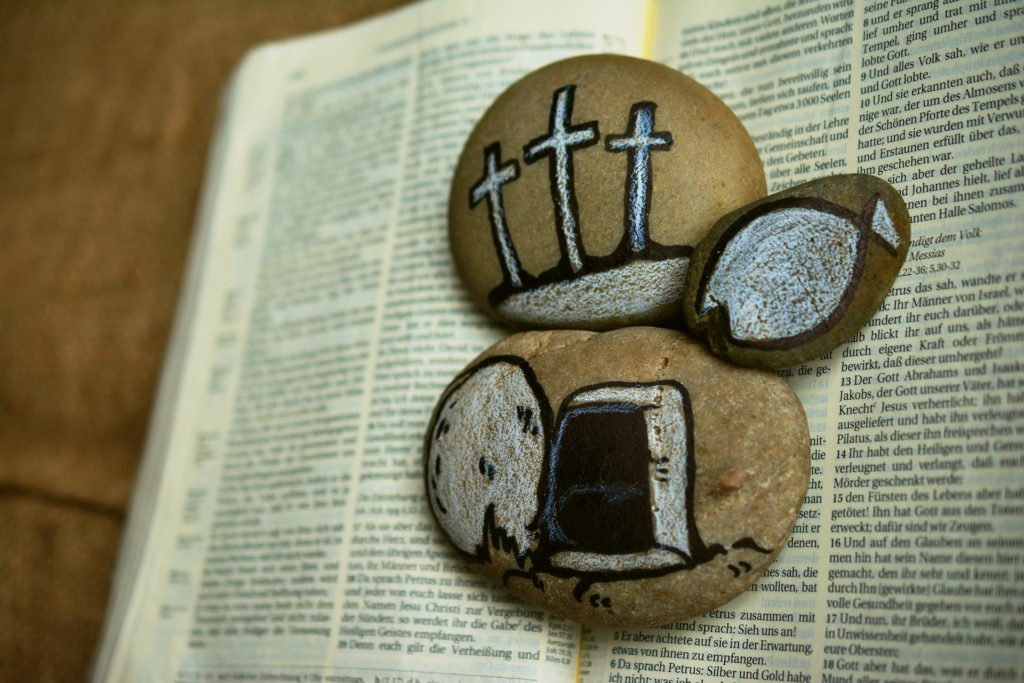 Why is there a Statement on Social Justice & The Gospel? Because the truth of the Gospel is under attack. The important Easter event—the Resurrection—ceases to be about Christ and instead becomes about the Intersectional oppression score of the historical witnesses. For example, is the following tweet:

Not every telling of the Gospel story relies only on Women of Color. Paul’s explanation of the Gospel in 1 Corinthians 15 ignores these oppressed women of color and names male witnesses. Not very Woke. Those women are higher in the Intersectional sweepstakes, but Paul cites hundreds of other witnesses like Peter, the Twelve and other Apostles. Were women included in the 500? Maybe. But shockingly, Paul seems less interested in the age, sex and nationality of the witnesses and much more interested in the risen Savior.

The fact that someone of color saw Jesus on Easter morning is much less important than the fact that Jesus was seen. Alive. Repeatedly. And that gives men and women hope.

That was Paul’s point in 1 Corinthians 15. As William Lane Craig points out in his lectures, “This has convinced, as I say, all scholars that what we have here in 1 Corinthians 15 is an extraordinarily early and primitive (primitive in the sense of being early and unvarnished) tradition of the apostolic Gospel that was proclaimed by the church.”

The point of the early, Apostolic Gospel presentation was Jesus.

It was not race.

It was not sex.

It was not class.

It was not any marker on the Intersectional scorecard.

This is why there is a Statement on Social Justice & the Gospel.

The enemies of Christ prefer to distract us from the Gospel. Satan wants us to focus on nonsense. The color of the witnesses. Were they men or women? Pretty soon we can lose sight of the forest and only see the trees.

They’ll sneak Critical Race Theory and their Racial Identity Politics in the “back door” if we aren’t on guard.

Some of these Social Justice Warriors admitted as much in the New York Times. In a story about saving evangelicalism, a so-called conservative from Southeastern Baptist Theological Seminary admitted that Liberation Theology of Dr. James Cone forms much of his presentations on race to conservative audiences.

Notice how authentically he dispenses Dr. Cone’s error to flocks of conservative Christians.

According to the New York Times, “While Cone’s ideas are in play, I don’t mention him by name, because I don’t want to put unnecessary stumbling blocks in their way.” Scripture’s authority comes first. “If I’m able to demonstrate that this black man in front of them has read the Bible, I gain credit with them.”

Also, from the New York Times, “He walked me through the argument he used when he spoke at North Greenville University, a Baptist school in Tigerville, S.C. ‘There was the fall, and all we do now as God’s vice regents is influenced by that fall. So if we’re sinners in need of redemption, so, too, are all the things we create, like law, policy, procedure, practice. That right there is systemic injustice,’ he said. ‘Before they know it, they’re nodding their heads. They’re agreeing that systemic injustice and racism are a form of sin. I get in the back door by walking around the linguistic land mines that are so charged in our cultural climate.’”

There is so much more in the New York Times. Read it. It is shocking how brazen these so-called conservatives can be when promoting this serious error from Dr. Cone.

Southern Baptists, are you happy this error is promoted with your Cooperative Program dollars?

Is this good stewardship of your tithes and offerings?

Your institutions are promoting racial identity politics. Who stands against it?

Only a few. Outsiders who exist, as AD Robles quoted in the New York Times story mentioned, who form a sort of Evangelical Intellectual Dark Web. The few who violate the SBC’s 11th Commandment and tell the truth. Often, as in Robles case, this can come at a price.

But what else can we do?

The very Gospel message itself is at stake.

All of us conservative, evangelical Christians must put aside our petty bickering over minor matters and work together to defeat this great threat to the church. A generation ago, the fight was over inerrancy. The fight today is perhaps even more important as today’s foe pretends to believe the Bible all the while promoting man-centered ideologies arising out of Neo-Marxism.

We must reject all such racial division. We must repudiate all racial distractions. Our focus must be on Christ, not skin color.

One thought on “Social Justice Warriors: Losing the Gospel”