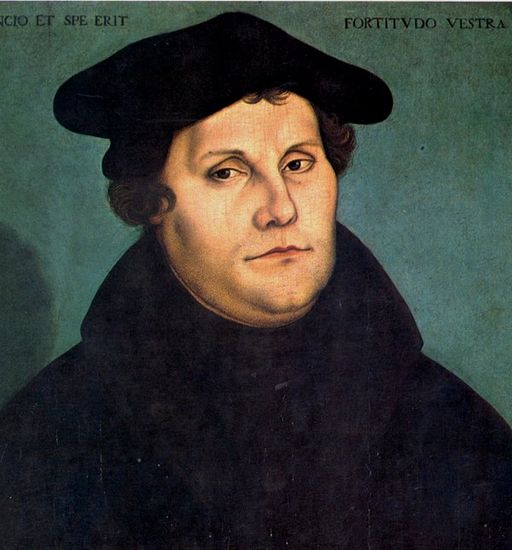 Fighting the Secular Inquisition: President Donald Trump is Real, Ruthless and Rude, but where is the Southern Baptist voice in the fight?

The inquisition is here. Today’s zealots are attempting to root out heresy against secular materialism. Stray from their demanded position on tolerance or marriage or pronouns and you will be run out of polite society. Yet all is not lost. Just as a truculent monk in northern Europe insulted his enemies and sparked a revolution, today’s inquisition faces its own real, ruthless and rude opponent—Donald Trump.

David Brooks wrote in the New York Times a startling and disturbing truth about the ability of Leftists to intimidate. He writes, “Progressives are getting better and more aggressive at silencing dissenting behavior. All sorts of formerly legitimate opinions have now been deemed beyond the pale on elite campuses. Speakers have been disinvited and careers destroyed. The boundaries are being redrawn across society.”

The situation is dire for conservative Christians. If you hold to unpopular moral beliefs—beliefs that were normative for Christendom for over 2,000 years—then you will be hounded out of jobs (particularly in high tech fields dominated by leftist companies and even volunteer positions like Mike Huckabee. Huckabee was forced off a non-profit board within one day of appointment in a violent anti-Christian purge spurred by Leftists in Nashville. Hey, even so-called Southern Baptists like Russell Moore will punish those who disagree with his progressive views on issues like reparative therapy. Dr. Gagnon wrote publicly last year about how Dr. Moore uses his Southern Baptist ERLC conferences and other conferences to ostracize scholars who disagree with him.

Mike Huckabee Resigns After One Day On The Job

Luther didn’t fight fair against his theological opponents. Instead of containing himself to the gentlemanly realm of Latin, Luther took his arguments to the people and in the common language. Trump does the same with his use of social media like Twitter. This disintermediation threatens the elite’s ability to control the flow of information. Just as Luther outmaneuvered his theological opponents in public communication, Trump does the same with today’s rampant secularists.

Luther was brutal in his rude and ruthless critiques of his opponents. Want a sampling of Luther’s insults? Try out the Luther Insulter website. It comes complete with insult and citation.  Christians who worship the Reformers are often the loudest critics of President Donald Trump’s rhetoric. For some reason, some Never Trumpers don’t like it when the President mocks Pocahontas for lies about her ancestry. Yet, the insult works because it shows the absurdity of today’s racial identity politics.

For too long, conservatives in general and evangelicals in particular have played the game according to progressive rules. They have worked within the system, and have little to show for it. The relentless march of secularism continued because nobody stood up against it. In the last election, Trump won because he called out conservatives and progressives on their nonsense.

Brooks gets Trump wrong, but he is right about the critical moment we all face. He writes, “If progressives can cut what’s left of the conservative movement off from mainstream society, they will fundamentally alter the culture war.”

There is no doubt this has always been the strategy of the Left. It is why the university was so critical in their efforts. Over the last 100 years, conservative evangelicals were run out and fled the secular university. It has been devastating to Christianity on campus and our society. Philosopher William Lane Craig has spoken repeatedly about the importance of maintaining a “cultural milieu sympathetic to Christian belief.” This serves both evangelistic reasons and social-political reasons.

Where is the Ethics and Religious Liberty Commission (ERLC) of the Southern Baptist Convention? In these fights we need a voice. Instead of defending Southern Baptists, the ERLC prefers doing the bidding of illegal immigrants. Dr. Moore has consistently sided with illegals promoting their political concerns while being silent to the attacks on evangelicals. During the last presidential election, Dr. Moore went so far as to invite Jeb Bush and Marco Rubio to a candidate forum and ignoring Southern Baptists candidates like Mike Huckabee and Ted Cruz.

If you are concerned about the future of America, then you have to start fighting now. The place for Southern Baptists to start is at the Southern Baptist Convention in Dallas. If you want to fight the forces of secularism, then there is only one choice—Ken Hemphill. Hemphill is the only conservative in the race. He thinks and believes like Southern Baptists. He won’t enable the progressive nonsense of Russell Moore and he is our only hope of getting trustees in place to hold Dr. Moore accountable. His opponent J.D. Greear has praised Moore many times, calling Dr. Moore a “great representative” of Southern Baptists.

We need real leadership willing to fight against the secularists. Trump is willing to do it. Unfortunately, the ERLC and Russell Moore aren’t leading the fight. They are becalmed. To borrow form Churchill, our ERLC and Dr. Moore are caught in the “long, dismal, drawling tides of drift and surrender, of wrong measurements and feeble impulses.”

And that is why evangelicals voted overwhelmingly for Donald Trump. Nobody else is out there willing to raise their voice against the new inquisition. Dr. Moore would rather win the praise of the New York Times and Washington Post than stand up to them.

So, it falls to us Southern Baptists to fight. As Donald Trump fights the forces of secularism in his way, we must fight the forces of progressivism in our way. It starts in Dallas.