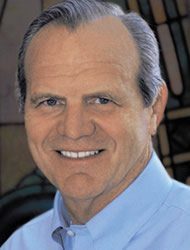 Ken Hemphill a ‘statesman;’ offers an outside voice for Southern Baptists seeking reform

Southern Baptists concerned about having a Russell Moore clone forced down their throat as the next President of the Southern Baptist Convention now have an option. Former pastor, former seminary president and former Wake Forest football player Ken Hemphill will be nominated for SBC president at the annual meeting in Dallas.

Hemphill told The Baptist Message, “I am Southern Baptist by birth and by conviction… I agree with our theology, our ecclesiology, our missiology and our polity.”

Reasons to Vote for Ken Hemphill

You can read a list of Ten Reasons for Southern Baptists to vote for Ken Hemphill from SBC Today. Dr. Rick Patrick’s list of reasons to support Ken Hemphill included Hemphill’s firm commitment to congregational polity.

Rick Patrick at SBC Today wrote, “In recent years, some of our churches and institutions have been pushing the boundaries of the term ‘democratic processes.’ Mature Southern Baptists have observed that some decisions today appear to be handed to us in a ‘top down’ and authoritative manner, even if technically we are at times given the opportunity to offer the proverbial rubber stamp. Traditionally, Southern Baptists did not make decisions this way. We were asked rather than told. Our input and participation was solicited by our leaders rather than ignored. Ken Hemphill believes in leadership that listens to what people are saying and responds to feedback from the people in the pews.”

Hemphill has an impressive history as a Southern Baptist leader. He deserves consideration for a variety of reasons, but his status as an outsider of the current SBC malaise is very appealing. He is not beholden to the insider-focused Gospel Coalition. We can trust he will make appointments on merit and not simply on names drawn from The Gospel Coalition roster.

Such a move is necessary for the health of the Southern Baptist Convention. For too long, insiders have controlled the convention. It is why Russell Moore feels confident to insult Southern Baptist voters and at the same time Dr. Moore openly cheers for J.D. Greear’s nomination for SBC president. Hemphill’s election would not solve the Russell Moore situation, but it would be one step in that direction.

18 thoughts on “BREAKING: Ken Hemphill to be nominated for SBC President; SBC to have non-Russell Moore endorsed candidate”