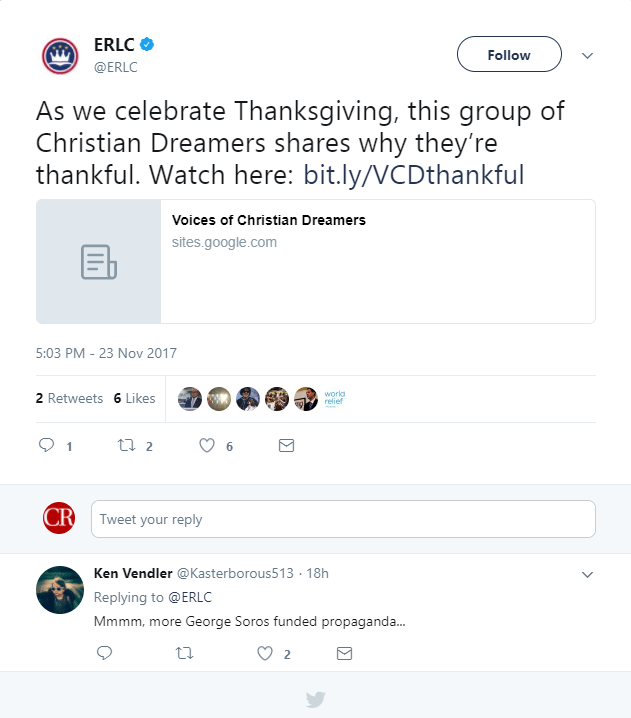 The website of the group promoting the video is Christiandreamers.US. The “About” information on the site declares, “Voices of Christian Dreamers is a grassroots, Dreamers-led movement committed to changing the conversation about undocumented immigrants in the Church and beyond, through highlighting biblical teaching, personal stories and other helpful resources.”

Here is the whois information. 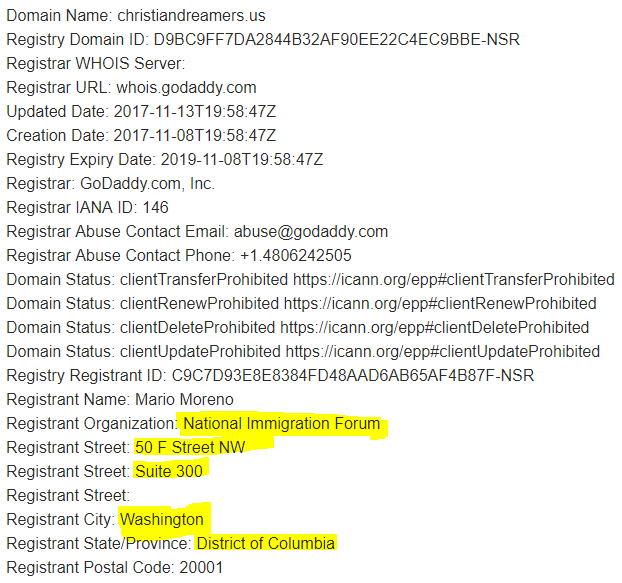 At least 10 percent of the NIF’s funding comes from Soros, according to the organization. The Christian Post reported, “The Soros money, which has ‘plummeted’ in the last few years, is only about 10 percent of NIF’s budget and is only used for internal operations.”

Sure. Whatever the use, Soros is funding an organization trying to change the minds of folks sitting in the pews of conservative, evangelical churches.

According to the Center for Immigration Studies, “NIF receives millions of dollars from Soros groups, including support for its infiltration campaigns directed at evangelicals, police, and business.”

Infiltration is exactly what Soros and his fellow leftists are doing to evangelical Christian institutions. It is clear the Soros-funded campaign to muddle evangelical convictions on immigration is working. Now the ERLC tweets out open borders commercials from Soros’ think tank globalists.

Southern Baptists, your ERLC tweeted out political propaganda. Are you comfortable with that? Do you want your tithes and offerings intended to further missions work used to lobby against your political beliefs and interests? The ERLC is funded by the Cooperative Program and a portion of your undesignated tithes and offerings help fund Southern Baptist entities including the ERLC.

Are you comfortable with the elitist communitarians running things in the Southern Baptist Convention?

An influx of illegal immigrants won’t displace the jobs of the rich lobbyists at the ERLC or the theologians isolated in their comfortable ivory towers, but for the average Baptist sitting in the pews this type of betrayal is outrageous. The ERLC spends its time declaring everything it possibly can to be a pro-life issue, but has shown it cares nothing for helping save the lives and jobs of the very people who pay their salaries.

According to research, “The 15 percent of DACA recipients over the age of 21 who have a four-year degree is far from the 34 percent among natives in the same age range.”

In other words, Dreamers aren’t competing for ERLC jobs, but yours.

Remember that at your church’s next business meeting or when it is time to give.