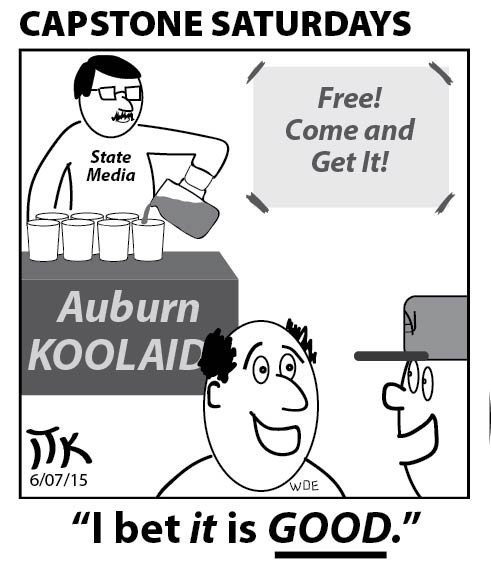 This is the story of a Montgomery woman who I doubt even exists, as told by AL.com’s Charles J. Dean. Afterall, when a barner opens his mouth, an exageration or lie falls out. Still, for the sake of this report, this Montgomery belle was so shocked, so troubled by Alabama’s “Rammer Jammer” postgame song, that it led her to leave the Tide and turn to the Tigers.

This is an actual “article” published on AL.com. No, I’m not kidding. Though it’s actually free PR, not an article…something Auburn’s SID seems to have perfected using state mediots like this “article’s” author.

“Why am I an Auburn fan? Because I was once a prude I suppose. I grew up in Washington County just north of Mobile in a family where it was considered very poor form to curse. I mean the word “darn” would have gotten me a warning from my mother.”

Okay, this is an irony warning. Please take cover if irony is offensive to you. Dean goes on with this tale:

“So imagine my shock upon attending my first Iron Bowl more years ago than I am going to tell and sitting in the stands when I heard this:

The “article” goes on to tell how this lady went on to find her place in Auburn, the land of candycanes, lolipops, and more profanity.

I give you the Auburn fight song, or at least a portion of it (I just ate):

If you’re keeping score at home, that’s two (2) “hells” in Rammer Jammer, and two (2) hells in Auburn’s silly fight song…a first cousin of “I’ve Been Working On the Railroad”

Hey “lady”, then there’s this:

That’s right, the phrase every barner encourages young and old (and some very young), to say, sing, post, email, yell, scream, chant, mutter, tattoo and, in general, communicate however they can.

So if you’re keeping score at home, that’s 3-2 in the profanity department, with Auburn in the lead…a rare spot when it comes to their rivalry with their big brother.

And lets just hope this lady doesn’t have seats near the Auburn sidelines. Will Muschump’s potty mouth alone may send her to UAH or South Alabama.

Look, I get it. As we’ve pointed out here ad nauseum, Alabama’s state media is shamelessly biased. But it’s become comical how wide the gap has become, with the commitment to write whatever sheds a less than positive light on Alabama while aggrandizing anything Auburn.

If you want to read the article (I ask that you not, just so you don’t give them the click), here it is.

For the record, we’re not crying or whining about this sort of thing. AL.com’s journalistic practices are so bad, the site isn’t that far from Cracked, Mad Magazine or The Onion. It’s just funny.

The bottom line is, Auburn fans, if this one even exists, continue to display cult hypocrisy like this “article” points out, and state media, AL.com being the chief of sinners, continue to prop them up.

Like the “Free UAB” campaign, a complete media-fueled sham, Auburn football is a concocted, PR-fed creation. Without the media’s help, Auburn football would look like the second tier program that it is. With it, it just looks like this: 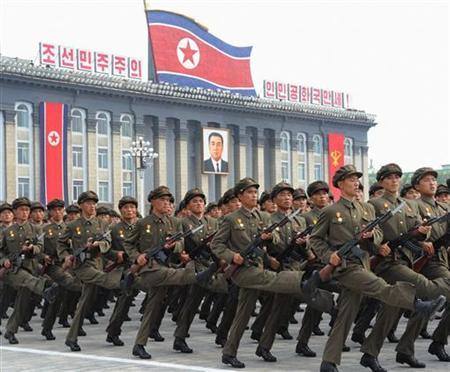