It was the best and worst of college football all in one night, and it was glorious. There truly is nothing like college football, where the pageantry and exuberance of a new season can be replaced with dismay and dispair from a fanbase in just a few minutes.

Such was the case in Columbia, South Carolina last night, where Steven O. Spurrier got his backside whipped in live and living color for all to enjoy. More on that in a second, but today we award grades to a few deserving organizations for their effort on the first night of the new season. 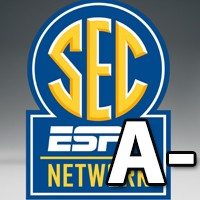 The first grade goes to the SEC Network. They get a high grade on the pregame build-up for the South Carolina-Texas A&M game alone. There were some hiccups, but piping in the stadium music as you watched crowd shot after crowd shot after crowd shot was outstanding. Every SEC stadium has its own fare that makes the build up to the opening kick-off electric, and the coverage inside Williams-Brice Stadium was beautiful. No talking heads babbling on and on…just shots of players getting ready and the crowd going nuts. I hope that is an every week thing for the network, because it was awesome.

The network showed the Aggies and Gamecocks, then transferred to Vandy and Temple. Dave Neal and Andre Ware did the second game, with Brent Musberger and Jesse Palmer calling the first. I used to be critical of Musberger, but there simply is no one better in the business today.

The only hitch I saw in the coverage was their cameras. All of them didn’t appear to be white-balanced the same, meaning the colors didn’t match when you moved from shot to shot. Still, the overall presentation of the game itself was an improvement to coverage we’ve seen from other networks in the past. 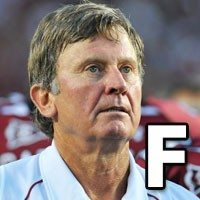 And now, without further adieu, the next grade goes to Steve Spurrier. I could say “the Gamecocks,” but instead I’ll award the grade to the face of their program. The one who can’t help himself when he sees an open microphone. The one who loves to beat his own drum and beat down his rivals with his gums.

Once again, Steve Spurrier looked washed up last night. The Gamecocks came out flat, began the contest appearing entitled, and played from behind against a motivated Aggie football team all game long.

I’ve said it here many, many times, but Spurrier is lazy. He is done. Washed up. His best days are long gone. Would much rather be playing golf than doing what it takes make his team great. He’s fantastic at running his mouth and beating hapless opponents, but when big games start rolling in you can count on him to choke on applesauce like he did last night. You ain’t ready for 2014, and you have no excuse. Winning an occasional big game doesn’t mean anything if you’re not ready to play week in and week out, and you don’t have a coach able to get your team ready.

South Cackalacky, you’ve gone as far as you’re going to go. We at Alabama would love nothing more than to meet you in Atlanta to hand you the beatdown you deserve after the 2010 loss, but the problem is you can’t get there because Steve Spurrier is still your coach. Enjoy the Music City Bowl this year. 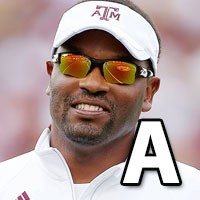 Next, Kevin Sumlin. I wonder what it’s like for Steve Spurrier to see himself getting passed on the gridiron by the next generation of dominant coaches? Sumlin is definitely among that group.

At SEC Media Days Sumlin seemed irritated every time someone asked about life after Johnny Manziel. Now we know why. Manziel didn’t make Sumlin, Sumlin made Manziel. There is talk in this league about new coaches some believe are “geniuses.” While the jury is still out on some, it isn’t on Kevin Sumlin. The guy is one heck of a coach, evidenced by his brand-spanking new quarterback Kenny Hill breaking Manziel’s single game passing mark with a 511 yard, 3 touchdown performance in front of a hostile crowd.

But it wasn’t just offense. The Aggie defense looked much improved, holding the Gamecocks to just 67 yards rushing. Some of that was Spurrier having to air it out to catch up, but Texas A&M’s defense looked a lot better from the swinging gate they were in 2013. Sumlin’s team showed on the road in the SEC that they are still the real deal. That is a credit to none other than Kevin Sumlin. 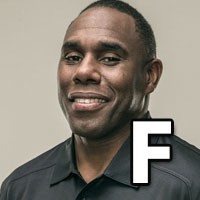 The Aggies aren’t a one trick pony, but Vandy sure is. Gone is James Franklin, now the coach for Penn State. The Commodores new head man Derek Mason looked like an African-American Mike Dubose last night. The guy appeared to be completely clueless on the sidelines.

The Dores were whipped by Temple on their home turf––the first of many whippings to come this year. Vandy records of 9-3 will soon be a distant memory. With Mason at the helm, Vandy appears to have returned to take their rightful spot of last place in the SEC East. 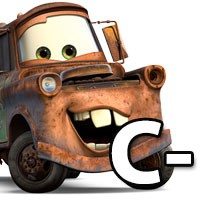 Hugh Freeze is among those some like to call a genius. He isn’t. His Black Bear Rebel Thingies crapped all over themselves for an entire first half against Boise State, and this isn’t your older brother’s Boise State.

Ole Miss will always be Ole Miss. Improved? Yes. Over the la$t few year$ Ole Mi$$ ha$ done well in recruiting, $igning $ome of the be$t talent in the country, and with that many good player$ it’$ hard not to be good.

But when it counts, the Black Bear Rebel Thingies just appear to be a step behind. That’s not to say they won’t be ready when Bama comes to down in early October…they will. Mainly because EVERYBODY is ready when Alabama comes to town. But sustaining success is something few programs can do, and Ole Miss is one of those programs. The defense was salty, but senior quarterback Bo Wallace looked undisciplined and just downright bad for much of the game. As in other years when the Black Bear Rebel Thingies were supposed to be great, I don’t believe the hype. And you can set that squarely on Hugh Freeze’s shoulders. 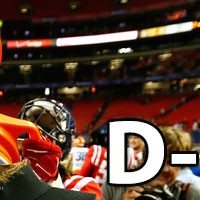 Come on Rebel Black Bear Thingy fans. Support your team. I know, I know, Boise State didn’t bring many fans to the game. But Bama would fill that stadium by themselves. If you want us to take you seriously, aside from getting a head coach who doesn’t resemble a hayseed Disney character, travel and represent your team on the road.