Johnny Manziel was a Heisman Trophy winner. He was amazing, on and off the field.

On the field, he defied laws of nature, and was exhausting to watch.

Off the field, he defied laws of culture, and was exhausting to watch.

Yet last summer, the Texas A&M quarterback stood up under the brightest lights college football has ever seen at SEC Media Days, answering for his missteps and taking ownership of the leadership placed on his shoulders by his team and coach.

Contrast this with Auburn’s quarterback, Nick Marshall, who coaches quickly exited stage right in order to avoid something. What is that something, you ask? That’s a great question.

Marshall was pulled over last week and cited for possession of marijuana. Dashcam video shows Marshall in handcuffs in front of his very expensive DODGE CHARGER, shortly before being escorted to the police squad car. A new Charger goes for about $33,000, for the record. Mack it out and that number grows exponentially. 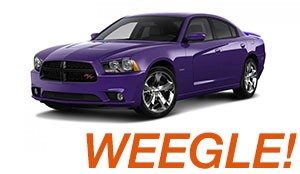 Side note, Auburn fan: The fact that an Auburn player from a troubled past…once dismissed from a former team for allegedly stealing from teammates…is driving this particular vehicle is absolutely priceless. Thank you for your past allegations about Bama players and Chargers. This little nugget absolutely makes our summer over here in Titletown. Alanis Morissette sang a song about irony that fits nicely.

Instead of giving Marshall the opportunity to stand up under the bright lights of scrutiny, Auburn’s head man, Gustav Malzahn, chose to do something he doesn’t like other teams to do: Substitute.

Instead of hearing from Marshall himself, we heard from Auburn tightend C.J. Uzomah. The story would have been dead in 48 hours had Auburn’s inexperienced head coach given his team leader the chance to speak. Is the barn’s head coach…a distinction he’s only known for 2 seasons…still learning on the job?

Regardless, was there a looser cannon on the planet than Johnny Manziel? Kevin Sumlin gave him the courtesy of clearing the air. Why didn’t Gustav offer Nick Marshall the same courtesy?