Current rules in college football state that defensive players aren’t guaranteed the opportunity to substitute unless the offense first substitutes. Under the new rule proposal, this policy would remain when the play clock starts at 25 seconds.

Someone please tell me, how in the world is this fair?

That’s the question many coaches not taking advantage of college football’s latest gimmick want to know, including Arkansas’ Bret Bielema and Alabama head coach Nick Saban. According to Stewart Mandel:

The HUNH offensive gimmick creates a host of problems for the game of football, not just opposing defenses. Aside from officials not being able to do their job and enforce the game’s rules, according to Saban and others, it endangers the players on the field.

There are two kinds of people who say this isn’t true:

1.) Those who have never played football; and

2.) Those whose teams currently employ this sucker-punch offensive philosophy.

Coaches who sit in the living rooms of recruits, who assure parents of future players they’ll take care of their sons’ well-being are simply trying to take care of the kids they’ve promised to care for. The chair of the NCAA Rules Committee agrees.

“This rules change is being made to enhance student-athlete safety by guaranteeing a small window for both teams to substitute,” Air Force coach Troy Calhoun, chair of the rules committee, said in a prepared statement. “As the average number of plays per game has increased, this issue has been discussed with greater frequency by the committee in recent years and we felt like it was time to act in the interests of protecting our student-athletes.”

That’s right, he’s Air Force’s head coach…a defensive juggernaut. And how’s this for you; Calhoun was rumored to be in attendance with “Alabama friends” at this year’s Sugar Bowl.

What will ire HUNH gimmick lovers most is the fact that the object of their wrath and fear is possibly leading the charge to adjust the rules, which will not do away with the HUNH…just make the playing field level.

But then again, when has a HUNH team ever been able to win when the field was level? There’s certainly one in this state who hasn’t. 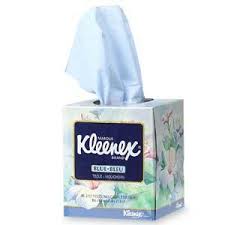 But don’t worry. I’m sure these innovators of offensive philosophy will be able to adapt, coach and overcome this challenge.

Isn’t that what they’ve been crying for defensive coaches to be able to do?