While the sports world breaks its collective neck to try and manufacture interest and intrigue in the Michael Sam story, a real story of courage is taking place right under their noses.

Unlike Sam, a decent but not great NFL prospect working the system to apply pressure to a franchise to “show they’re enlightened” and write him a check, Rashaan Evans is facing real pressures for coming out…of Auburn. And his dad has had enough, as even fans of the high school team he once played for are taking him to task for his decision to come to Alabama. 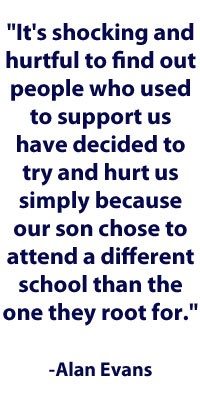 “It’s kind of disturbing to know that it’s such a thin line between love and hate,” Alan Evans told Al.com’s Matt Scalici. “A couple weeks ago before he made his decision, Auburn was handing him the keys to the kingdom when they thought he was a lock. Now they want to crucify Rashaan and his family because he wanted to do what he thought was best for him and his future.”

The most disturbing news is what the senior Evans has heard, going beyond rude remarks into concerted plans to affect his family business.

“I don’t spend time on message boards but I was made aware by some friends of posts on several Auburn message boards calling for a boycott of our business,” he said. “It’s shocking and hurtful to find out people who used to support us have decided to try and hurt us simply because our son chose to attend a different school than the one they root for.”

But this is just part of the recruiting process, so alluded Birmingham radio personality and former Auburn kicker Al Del Greco on WJOX’s “Opening Drive” show (one of the worst you’ll hear). But don’t tell Alan Evans that, a former Auburn player himself.

“I don’t agree with the people who say this kind of thing comes with the territory,” he said. “I understand that fans say outrageous things to almost every high-profile recruit, but very rarely do they have to endure the things that Rashaan is going through. They aren’t just saying negative things to him on Twitter. They are trying to hurt him and his family by having a negative impact on our livelihood.

“I understand that people in this state take football very seriously and that’s part of what makes it exciting, but when you start trying to hurt other people because of this game, you need to take a step back and think about what’s going on. I guess the thing I would ask most of the people writing these hurtful things is how would you feel if this were your child? Why do you feel the need to heap all this negativity onto a young man who is just beginning his life? I think if people asked themselves those questions, they might think twice before writing some of these things they’ve written. You can do a lot of harm with the words you put out there and I hope people think about that.”

But with all the negativity, there is a Crimson lining.

“I’m so glad that where thousands of Auburn fans have thrown my family away and ridiculed and scandalized our name, called us everything but a child of God, thousands of Alabama fans have embraced us and welcomed us to the Capstone,” he said. “They have called us and let us know personally that they stand behind Rashaan and his family and awaiting his arrival to the University of Alabama.” 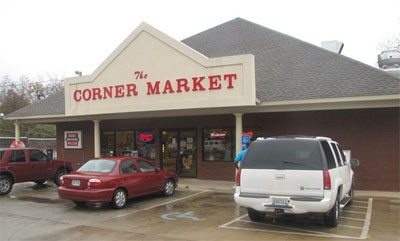 We at capstonereport.com challenge you to do more. Support the Evans family through the patronage of their store. If you’re anywhere near Lee County…or even if not…help this family by making the trip to their convenience store, “The Corner Market” at 850 Martin Luther King Drive in Auburn. You can find more information and show support in other ways on their facebook page here.

3 thoughts on “Alan Evans speaks: “Auburn fans have thrown my family away…Alabama fans have embraced us””