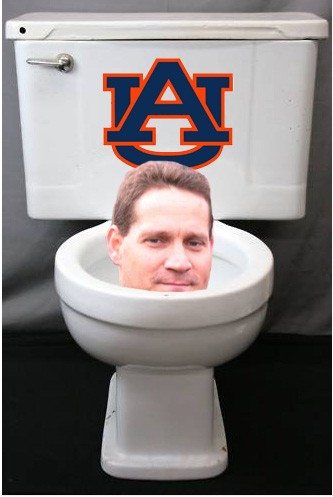 With that thought in mind, Auburn’s loss to John L. Smith and the Arkansas Razorbacks leaves no doubt: Auburn is the worst team in the SEC.

Yesterday’s loss, coming off an off week, was not just embarrassing. It was a barometer for the program. If Auburn were a hospital patient, hospice would’ve gotten a phone call right about the time the flea-flicker reached the waiting hands of Arkansas’ Javontee Herndon.

In the next two weeks Auburn travels to Ole Miss and Vandy to defend its honor…or what honor it has left. But what reasonable person gives the Tiggers a chance at sweeping these two perrenial cellar dwellars? Not this prognosticator.

We at capstonreport.com have been sounding the drum since little brother hired Gene Chizik back in 2009. The guy is a clown. An idiot. The Mike Dubose of Lee County. Perhaps a good coordinator, but a total boob at the helm.

The 2010 dream season blinded the eyes of an already delusional fanbase, where the slightest glimmer of hope is cause for drunken exhileration by its cult-like following. The Auburn hatred for Alabama is so pure, so intense, anything served up as hope that Auburn is on the same footing with the Tide is gobbled, slurped and swallowed without question of the facts.

In 2007, the University of Alabama hired the best head coach in the country. Not just the best available at the time. The Capstone loosened the purse strings and paid an unprecedented amount for its head man, the game’s premiere head coach of this era.

What did Auburn do? Well, let me tell ya.

Auburn ignored every warning sign in bringing in a loser. 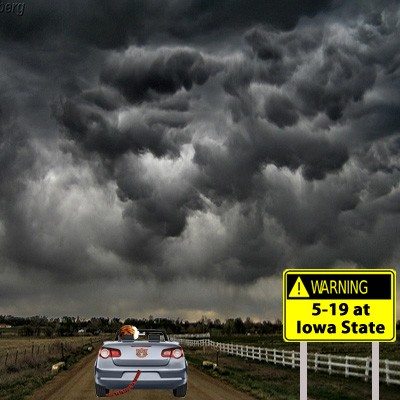 In hiring Gene Chizik, Auburn brought in a coach who was 5-19 at Iowa State, including an astounding 2-14 conference record. As the words “We need a leader, not a loser” were hurled at Auburn Athletics Director Jay Jacobs following the coaching search, most with a brain agreed. And now, four years later, never, ever have words rung more true. 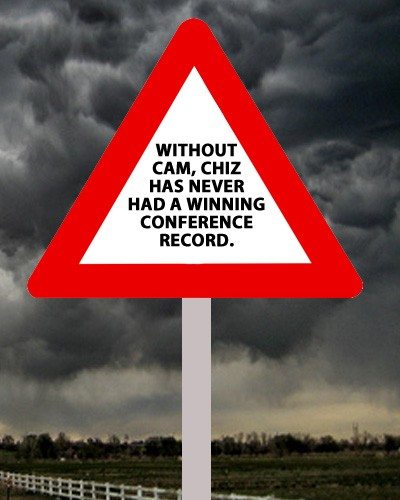 Cam Newton was a one of a kind. A childish, selfish walking example of immaturity, but a physical phenom. The 2010 season was one that Auburn fans everywhere had waited for their entire life.

But taking a closer look, even with the biggest freak college football has seen in 30 years, Chizik avoided 8 near losses where the Tiggers had to come from behind to win. That included narrow 3-point victories at hapless Mississppi State and Kentucky, and another 3-point win at home in overtime against Clemson. Not to mention the improbable 1-pt. escape in Tuscaloosa. His team gave up an astounding 337 points on the year.

Putting that in perspective, in Saban’s worst season at Alabama (his first, 2007), the Tide gave up 51 less, at 286 on the year. And that, limping to a 7-6 record. In his second season, the equivalent of Chiz’s second on the plains, Nick Saban led the Tide in giving up just 200 points.

In the last three seasons, (’10, ’11 and so far in ’12) Alabama has surrendered just 317 points combined…20 less than the Chiz handed over in his single “championship” season. That includes the mind boggling 106 points Alabama gave up in 14 games in its 2011 BCS National Championship run.

Why are these numbers important? Why does Alabama besting Auburn’s opponent’s point totals in its fictitious 2010 championship year by 173 in Bama’s championship run in ’09 and 231 in ’11 make a difference? Because it illustrates just how dominant Cam Newton was.

Hence, my 85 year old grandmother would’ve had the same 14-0 record Chizik enjoyed if she were roaming the sidelines in his place in 2010.

In other words, without a freak of nature running a perfect offensive system to compensate for a porous defense, Gene Chizik has never finished better than .500 in conference play.

But as the next warning sign shows us, it gets worse. 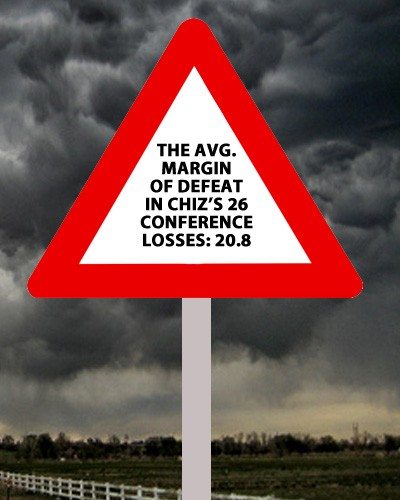 Why is conference play so important? Because it illustrates a coach’s ability to perform against familiar competition. Or more accurately, competition that is familiar with you. While at Auburn, Gene Chizik’s teams lose big when they lose.

Chizik’s average margin of defeat in conference play while at Auburn is 18.75 points. In his coaching career that margin climbs to 20.8. So when Chizik loses in conference play, the opposition is almost three touchdowns better than him. 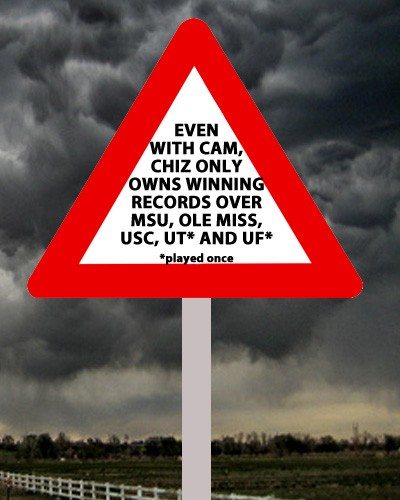 Despite last Saturday’s lay-up opportunity to even the mark, Gene Chizik is now 1-3 against Arkansas. The same is true against LSU. Against Georgia he’s 1-2, with loss #3 coming. Same deal against Alabama.

The only teams he owns winning records against are Tennessee and Florida (edging them in his only opportunities), the Mississippi teams, and in an oddity, South Carolina. Chizik is 3-0 against Steve Spurrier (including two wins with Cam in 2010). But don’t get too excited; Dubose also enjoyed success against Spurrier.

With seven games left, you have to combine optimism and creative thinking to find a game that Auburn can win. Auburn fans, don’t kid yourself: Alabama A&M can beat you. Will Chizik survive? Will Auburn fire the coach that led them to their first title since the 1950s?

And will any kid in his right mind want to enroll and play at a school clearly going down the toilet? As the 2012 season continues to play out, these questions will surely be answered.

But one thing is for certain: Auburn got where it is today because it ignored every warning sign known to man in bringing Gene Chizik to the plains. And with a losing season all but a foregone conclusion, any Auburn fan will tell you, this is one case where ignorance is NOT bliss.

42 thoughts on “Numbers don’t lie: Auburn and Gene Chizik are the SEC’s worst”