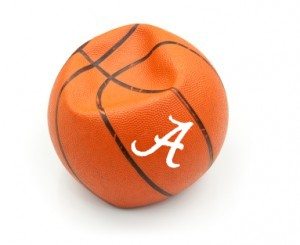 And that was the lone highlight of the evening.

For the eigth straight contest, Vandy defeated the Tide basketball team, this time 69-59 in front of an announced crowd of 12,202 in Coleman Coliseum.

But don’t kid yourself, the game was not a 10-point contest.

It was a butt-whipping of BCS National Championship Game proportions.

If Jordan Jefferson happened to have been watching, he may be the only person not participating in the game who fully understood what he was seeing.

Yeah, I get that Vanderbilt is a veteran team. The Commodores are a force in the SEC on the hardwood, stocked with sharp-shooting and intricate defensive schemes that would rival anything on Tobacco Road.

But is there any excuse for Alabama to be bludgeoned as badly as last night, on their floor, to a team NOT named Duke?

Quite frankly, what it looked like to me was a team quitting. Someone should have checked the visitor’s locker room to make sure Nick Saban wasn’t delivering his famous “make their ass quit” speech before the game, because that’s what seemed to unfold in the 40 minutes that followed.

The parallels between this Alabama basketball program and where the football program was pre-2008 are everywhere.

If you remember, the 2007 press conference speech Nick Saban made the Monday after the Lousiana-Monroe game was the turning point for the football program.

That year, it wasn’t that Alabama lost games. It was how they lost them.

It may be time for Grant to lay down the gauntlet like Nick Saban did. Do it right here, or I’m out of here.

If I see Tony Mitchell walk one more time up the court, or pout, or do any of the billion other DJ Hall-esque things he does on a nightly basis, I’m going to explode.

Or if JaMychal Green takes another horrible shot trying to be “the man,” I may go poison some of my own trees. #5 and #1 at the end of the game cost the Tide a rare opportunity to win in Starkville.

And selfish, ill-advised play will continue to cost Alabama games, and a shot at returning to the NCAA tournament.

This team is soaking wet with ability, talent and potential. But right now it is blowing it like the prodigal son blew his fortunes on wild living.

Let’s just hope Anthony Grant is as forgiving as the father in that story, and that a second chance on a season hanging in the balance is what lies ahead.

21 thoughts on “Has Anthony Grant lost this Bama team?”