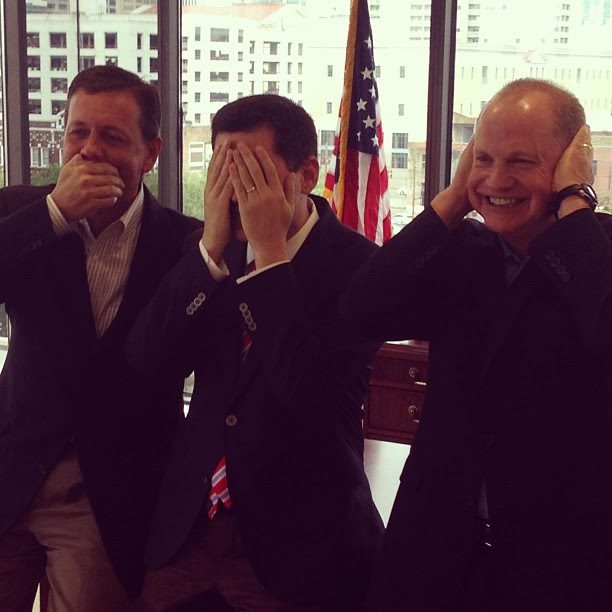 New court filings reveal a glimpse into the evidence that the Southern Baptist Convention’s North American Mission Board (NAMB) attempted to discipline a state convention by cutting funding and then immediately restored the funding when the state convention caved to Kevin Ezell’s demands. Also, new filings show how Ezell and NAMB engaged in ‘egregious misconduct’ by failure to correct Russell Moore’s lies.

The North American Mission Board decided it should discipline a state Baptist convention, according to new court filings in the Will McRaney v. NAMB case. The new filing comes in an amended complaint and teases evidence revealing that NAMB discussed a “Maryland/Delaware disciplinal process.”

According to new court filings, “NAMB referred to its now-rescinded threat that it would sever relations with BCMD if it did not get its way as the ‘Maryland/Delaware disciplinal process.’”

What does that even mean? Did NAMB mean disciplinary? And how comfortable are state convention executives with the idea that NAMB might attempt to discipline you or your churches?

And there are other juicy tidbits in this new filing that advances our understanding of what is going on in the discovery process now underway in the McRaney v. NAMB case.

As soon as Maryland/Delaware caved and forced out McRaney, NAMB restored money it took away as punishment, according to the new filings. These moves show what appears to be coordination between Kevin Ezell’s NAMB and the local leaders.

According to the new complaint, “Soon after Plaintiff was terminated by BCMD, NAMB rescinded the December 2, 2014 termination letter and restored its relationship with BCMD. In fact, one day after Plaintiff was terminated by BCMD, on June 9, 2015, Steve Davis—NAMB’s Northeast Regional Vice President in 2015—sent an email to NAMB President Ezell noting that he had ‘refigured the 100% plan for MD/DE based on resignation of Will McRaney, and moving forward.’ After BCMD terminated Plaintiff, NAMB rewarded BCMD by enhancing NAMB’s financial contributions to BMCD beyond the levels during or prior to Plaintiff’s tenure at BCMD.”

This shows Ezell uses a carrot and stick approach. It would punish anyone supporting McRaney and reward anyone who turned against him.

This behavior appears to have continued even after Ezell won and forced McRaney out of his role as executive director of the Maryland/Delaware Baptist Convention.

McRaney was blackballed by top SBC leaders, according to the newest filing. This was a plan to harm and continue to keep McRaney from earning a living

According to the new filing, “NAMB’s conduct after Plaintiff’s termination by BCMD has the purpose and effect of blackballing or blacklisting him, impeding his ability to earn a living after his termination by BCMD—resulting in a significant loss of income.”

Apparently, NAMB trustees became part of the crusade against McRaney.

According to the filing, “For example, Plaintiff was scheduled to speak at a large event in Louisville, Winston County, Mississippi on October 23, 2016, but was uninvited after interference by a member of NAMB’s Board of Trustees. Specifically, Plaintiff was uninvited to speak at the event after Rob Paul—who had extended the invitation to Plaintiff—had a phone call with then-NAMB Board of Trustees member, Danny Wood, during which Wood told Paul that it ‘makes sense’ for Paul to uninvite Plaintiff. Wood made this statement to Paul approximately one month after Wood declared in an email to NAMB’s President, Kevin Ezell, that Wood was ready to ‘go to battle’ with Ezell against Plaintiff.”

NAMB trustee Danny Wood said he would go to battle against McRaney—when did Wood or any trustee ever go to battle for the truth?

This shows that not only is NAMB responsible but so too are the trustees. This is wicked and honestly should open them up to individual liability for these actions too.

Another part of the filing involves disgraced Lifeway trustee Jimmy Scroggins (who rewarded his good buddy and failed Lifeway CEO Thom Rainer with a million-dollar severance package) was part of the push to keep McRaney from earning a living speaking at conferences.

According to the latest filing, “In a similar incident, Plaintiff was invited to speak at a November 2016 conference in Clearwater, Florida. After learning of the invitation to Plaintiff, NAMB President Ezell launched an effort to get Plaintiff removed as a speaker. Event organizer, Joel Breidenbaugh, President of the Florida Baptist Convention Pastor’s Conference, was informed of Ezell’s anger, but bravely resisted NAMB’s pressure, and kept Plaintiff as a speaker. The incident, however, further damaged Plaintiff’s professional and personal reputation, and illustrates NAMB’s posttermination tortious conduct directed at Plaintiff.”

This shows how Ezell and his cronies worked to destroy McRaney’s ability to earn a living. This is how your Cooperative Program dollars are being used—to harm people who hold different opinions and views from SBC Elites.

Another bombshell shows how NAMB weaponized other SBC institutions against McRaney.

According to the latest filing, “NAMB has also deployed other arms of the SBC in its campaign against Plaintiff. For instance, the SBC’s Baptist Press, told a prominent journalist who had previously worked as a freelancer, that she might get future work if she ‘would stop writing about Will McRaney.’”

And not to forget, NAMB never corrected Russell Moore’s lie to the Fifth Circuit Court of Appeals and that makes an appearance in the newest court filing. That failure means that NAMB engaged in serious misconduct in court filings, the latest court filings claim.

According to the newest filing, “NAMB has also engaged in egregious misconduct by its intentional and strategic silence before the Fifth Circuit in this case when a co-SBC-agency—the Ethics and Religious Liberty Commission (ERLC)—filed an amicus brief supporting NAMB’s request for en banc review, containing blatantly false misrepresentations about Southern Baptist polity, on issues before the court of appeals. The ERLC amicus brief inaccurately described the SBC as a ‘hierarchy’ that serves as an ‘umbrella Southern Baptist governing body over all of the various groups of churches.’ After a firestorm of outrage about the ERLC’s false statement, the ERLC ultimately confessed its errors to the Fifth Circuit—albeit only after the conclusion of proceedings before the Fifth Circuit. NAMB, however, allowed the Fifth Circuit to deliberate based on these misrepresentations. NAMB not only failed to disclose that the amicus brief supporting it had been filed by another arm of the same organization (which one of Plaintiff’s experts, Professor Barry Hankins of Baylor University, has described as ‘analogous to Chevrolet issuing a brief on behalf of Buick, both companies being constituents of General Motors’), but NAMB stood by in silence while the ERLC advanced statements NAMB knew to be false—false statements that an SBC task force appointed to study the incident called ‘a major legal error.’ As that task force explained: ‘The brief was filed in a federal appeals court on August 21, 2020 with known factual and doctrinal errors.’”

So, we see NAMB leaders using SBC co-entities and the Baptist Press news service in its war against Will McRaney. NAMB trustees even got in on the activity of trying to fight McRaney. Does this make anyone trust the SBC? Or, does it reveal the seedy underbelly of how SBC Elites behave when they think nobody is looking?