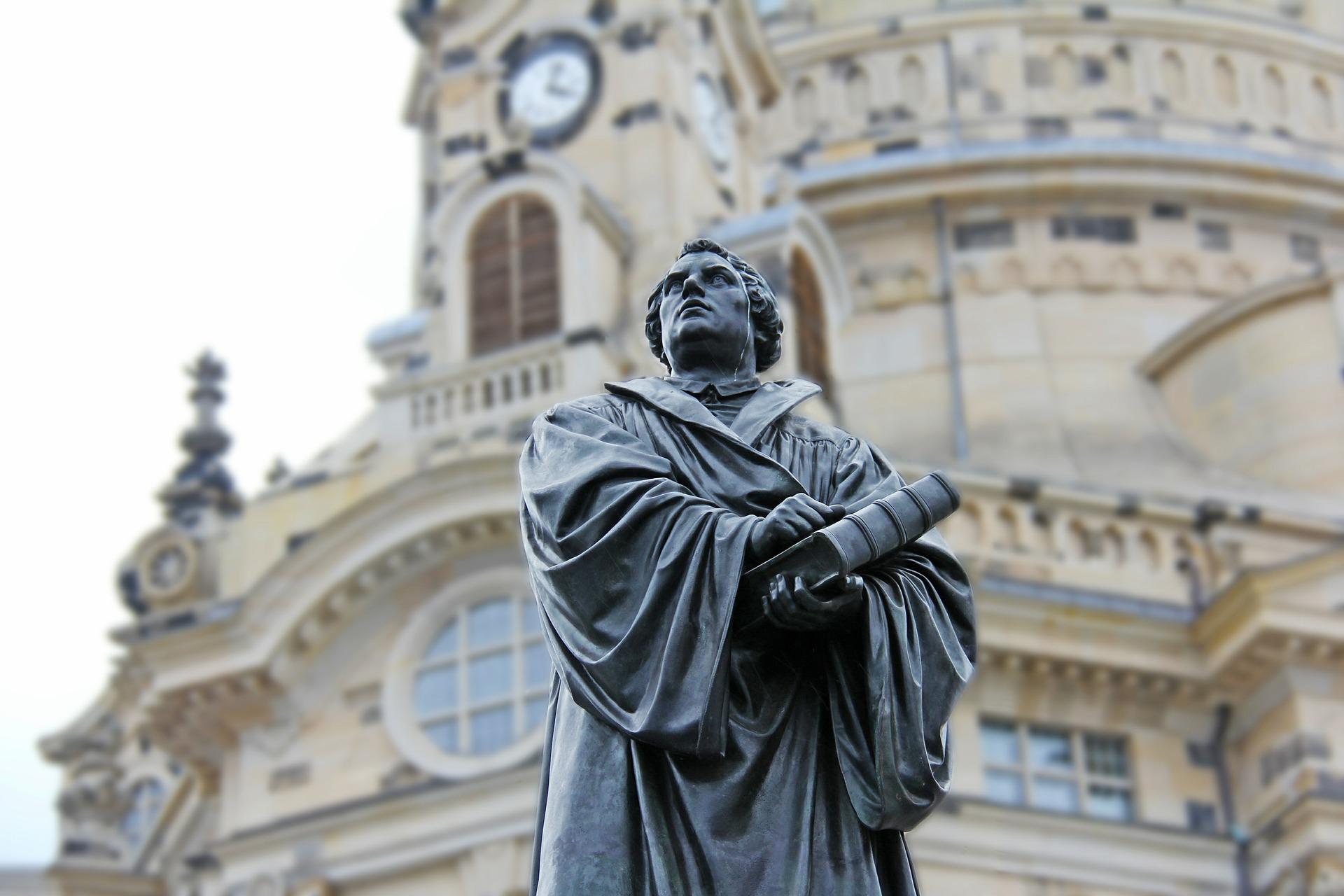 Introduction: The Divisions in the Southern Baptist Convention are real and based on significant theological and practical issues that must be addressed

On October 31, 1517, Martin Luther launched the Reformation by nailing his ninety-five theses to the door of the Castle Church at Wittenburg. If only he he had put forth the effort, he might have composed an even one hundred! Such reform movements require unambiguous definition. In the absence of clearly stated purposes, one’s opponents may easily attribute false motives.

Just such a reform movement has been burgeoning in Southern Baptist life over the past few years, with reform candidates garnering 40% to 48% of the votes for the office of SBC President. Some establishment Southern Baptists have attributed to this reform group the motive of a base desire to control the convention, one that amounts to nothing more than a simple power struggle.

Unwilling or unable to see that our convention has been drifting, they believe all is well in the SBC and there are no good reasons for concern. Hence, they speculate that certain individuals simply want to be in charge of everything. The purpose of this document is not to gain universal agreement concerning every thesis, but to substantiate denominational drift claims and demonstrate the need for reform. We are not merely locked in a power struggle. Rather, we embrace profoundly different visions regarding the future of our convention.

The author is a Southern Baptist, speaking only for himself, who has chosen to depersonalize matters through a posture of anonymity that highlights the actual theses themselves. Frankly, this list is not so much a composition as it is a compilation of commonly voiced concerns anyone could reduce to words.

The THEOLOGY section covers topics, generally addressed in our confession, about which some Southern Baptists have adopted compromising positions.

The IDEOLOGY section covers Christian worldview issues, concerning which some Southern Baptists are accommodating the world rather than resisting it.

The TRANSPARENCY section exposes two competing communication styles, one being open and forthright, and the other being secretive and clandestine.

The STRATEGY section offers practical tactics to foster cooperation and trust as opposed to the ineffective approaches we have supported in recent years.

God does far more than whisper about the sinful homosexual movement.

No woman was ordained as a Pastor in the Bible. Doing so disobeys God.

Killing innocent humans in the womb is sinful no matter their conception.

God blesses nations who seek Him. It is fitting to celebrate one’s nation.

The church is to declare the gospel and the state is to administer justice.

Killing an innocent person is sinful even if one is poor or disadvantaged.

One generation should not be punished for the sinful deeds of another.

Our plan of salvation is only available for sinners and not for systems.

Jesus cancels sins and not saints. He forgives even racists and abusers.

The Bible is inerrant and sufficient. We require no worldly analytical tools.

You can speak intelligently on an issue no matter your personal attributes.

Racism fought biblically treats all people of every skin color the same way.

Racism is not fought by condemning people with an alleged skin privilege.

A practicing homosexual is not biblically qualified to proclaim the gospel.

Our Christian cooperation does not include one body dictating to another.

SBC church members must be immersed. Other modes are unacceptable.

To avoid pushing worldly ideas, we must exercise academic responsibility.

To exercise good stewardship, all donations should be used as intended.

Biblical justice demands the presumption of innocence until proven guilty.

Unrepentant homosexuals should never be baptized as church members.

Every soul is not a victim. Man is responsible to God for his own behavior.

We must fight the culture wars until Armageddon. They have never ended. Jesus said we would be persecuted. Our goal is to be bold, not winsome.

Sexual abuse in the SBC is no more prevalent than it is in society at large.

Consenting adult affairs lasting for years do not qualify as sexual abuse.

Cultural compromise is a weak outreach strategy. To love is to be honest.

Only one major political party in America affirms our Christian worldview.

Only one major political party in America upholds a biblical marriage view.

Only one major political party in America affirms a biblical view of gender.

Only one major political party in America affirms that human life is sacred.

Only one major political party in America affirms parental rights at school.

It should be a crime when one person hires a second person to kill a third.

We must foster a strong relationship with Israel as we pray for their safety.

It is better for the SBC to be biblically faithful than to be politically neutral.

Favoring strong national borders is not prejudice against illegal refugees.

To swallow an abortion pill is to murder another person through starvation.

Christians must oppose immoral companies who seek to corrupt our kids.

Though we are stewards of creation, we believe God controls the climate.

A church or organization can be in God’s will even without ethnic diversity.

Nationalism is not much of a problem. The lack of patriotism is a huge one.

Godly reason and reality stands against the position of the watching world.

To drink alcohol is unwise, addictive, and may cause someone to stumble.

All Southern Baptists are entitled to know the pay of our entity presidents.

No entity trustee should ever award a one-million-dollar severance again.

Trustee board meetings should not allow private and secretive sessions.

The SBC should be able to read a detailed list of churches planted yearly.

NAMB should disclose all spending on gifts, trips, and homes for pastors.

Disclose and reconsider our ownership of all the NAMB luxury properties.

One SBC professor was fired for opposing social justice, heresy, and CRT.

A formerly gay professor was told not to talk of his abuse and conversion.

A study showed abuse in one denominational wing but ignored it in another.

An entity said it would investigate an issue, then reneged, hurting a couple.

An SBC leader shared a survivor’s story of abuse without her permission.

Former staff and partners report a culture of fear and intimidation at NAMB.

Some NAMB plants have no state convention ties but report only to NAMB.

It is more of a takeover than a partnership when NAMB bypasses the states.

Rather than sending gifts to the field, our reserves are stockpiled at NAMB.

Some SBC educators continue to embrace CRT as a useful analytical tool.

Whistleblower protection is required if Southern Baptists desire the truth.

Our denomination must not expose ourselves to ascending legal liability.

Non-binding resolutions are a waste of valuable time at annual meetings.

SBC elections ought to require speeches by the candidates themselves.

No SBC internal justice system can improve on American law and order.

We spent millions on the abuse report. Spend as much on remote voting.

Escalate our harvest-to-frontier missions ratio in America and overseas.

Restore a sense of trust among state and national partnering organizations.

Our Credentials Committee does not exist to police the actions of a church.

Our Credentials Committee exists to study beliefs affirmed within a church.

Southern Baptists must not emphasize racial and sexual issues constantly.

The same smartphones that can handle banking can handle remote voting.

If we fund a church plant, it should proudly reflect SBC identity in its name.

We must direct lawsuits to the church or school where the abuse occurred.

Honor our partners at the local association and the state convention levels.

Our annual meeting should allow more time for us to address our concerns.

Christian investigators are aware that abuse victims have been known to lie.

We should not allow SBC churches to align dually with other denominations.

The Executive Committee should not exercise authority over Baptist Press.

A Southern Baptist organizational chart would put churches at the very top.

Every state law to abolish abortion should be fully supported by our ERLC.

Entities must not offer legal briefs inaccurately representing our positions.