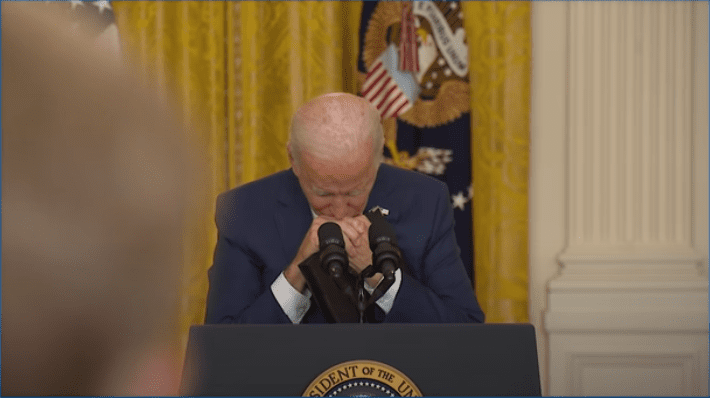 Democrats are pursuing policies that are designed to destroy the American Dream.

You’ll own nothing appears to be the Biden Administration’s primary goal.

If one didn’t know better, one might think that the Biden Administration is purposefully attempting to bring about the World Economic Forum’s aspiration of “You’ll own nothing.” The American Middle Class is finding it harder and harder to enjoy the American Dream. No longer is it affordable for the working classes to buy a new car.

According to the Wall Street Journal, “The current new-vehicle market… is now the preserve of the affluent. Buyers with incomes of less than $50,000 now account for less than a quarter of sales, down from roughly 40% at the start of 2016, according to Cox data.”

In other words, unless you are rich, you cannot afford the American dream of owning a home and at the same time buying a new car.

In fact, it is getting harder to afford used cars. A new report says, “While used car prices showed modest declines in early 2022, overall prices remain near all-time highs, at an average of $31,450.”

And what is the Biden Administration doing about it? Making it worse, of course.

The Bide Administration is attempting to force carmakers to build more expensive cars. The Biden Administration wants more electric cars—and for anyone who has priced an EV, these are typically more expensive. (Not to mention the range restriction challenges such vehicles pose.)

Soon, travel will be the privilege of coastal elites. Hotel prices are higher and so is air travel.

Gas prices are oppressive—and I can say this with experience as I drive my son (who has autism) a great deal because he enjoys it, and the movement calms him. That is now almost too expensive. We’ve had to cut back. And we are not alone. Most US consumers are reducing what they buy.

High prices across food, fuel, and other necessities sparked consumers to cutback. According to the WSJ, “Workers who earn less than $100,000 annually curtailed their spending at the fastest pace of all income groups between late May and the week ended June 15.”

There was a time in America when a Blue-Collar worker could feed his family, buy a car, own a home, and dream of retirement. Those days are mostly gone. Steel mills in Birmingham, Alabama sit eerily quiet—a reminder of a time when America built things and rugged men could work hard and earn a good living.

Now, government officials do not even pay lip service to the American Worker. They ignore his plight. Globalism is far more important to elites. The US government is purposely making life harder for middle class Americans. It is as if the Biden Administration wants to put the American Dream out of reach for you.

Voters should remember this when they vote in November.