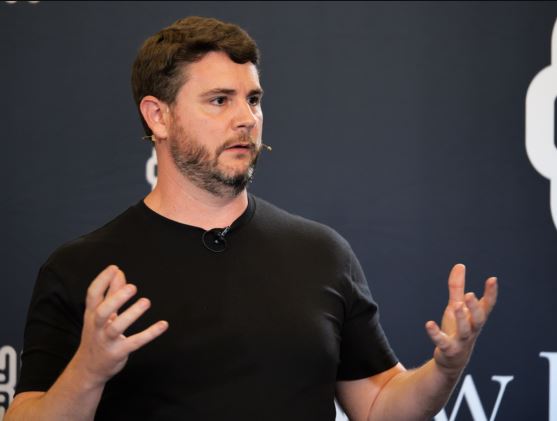 Demographics worry Leftists, so they attack Christians for wanting to have children and even adopt. Leftists don’t stop there. Leftists use the public schools to coopt children into radical sexual ideologies to alienate them from parents.

Baptist News Global’s latest article argues that the Pro-Life movement is based on white supremacy. It is a bizarre claim given that abortion kills more black and brown babies than white babies. However, this is a typical rhetorical move of Leftists—they attribute to others what their own policies advance. In other words, this new article is an example of the Iron Law of Woke Projection.

Note how Baptist News perfectly illustrates this: “Adoption seemed to be a great way to fulfill our desire to be parents while reflecting our theology that God had adopted us. Little did we know, however, that as good as our intentions may have been, we also were being influenced by an evangelical adoption industry that had been shaped for decades by theologies of patriarchy and white supremacy.”

Let’s show this with some numbers: “Nationally, black women terminate pregnancies at far higher rates than other women as well. In 2014, 36% of all abortions were performed on black women, who are just 13% of the female population.”

Also, the founder of Planned Parenthood believed in eugenics.

Margret Sanger “advocated for the selective breeding of her fellow citizens.” Even the fact checkers at NPR were forced to admit this—though they did it in the typically dishonest way.

According to NPR, “Did Margaret Sanger believe in eugenics? Yes, but not in the way Carson implied. Eugenics was a discipline, championed by prominent scientists but now widely debunked, that promoted “good” breeding and aimed to prevent “poor” breeding. The idea was that the human race could be bettered through encouraging people with traits like intelligence, hard work, cleanliness (thought to be genetic) to reproduce. Eugenics was taken to its horrifying extreme during the Holocaust, through forced sterilizations and breeding experiments.”

So, the Leftist sacrament of abortion was built on eugenics. Yet, leftists accuse evangelicals, who are trying to save black babies, as favoring eugenics and white supremacy.

Also, note how evangelicals are declared guilty of everything that might upset leftist elites? Characteristic of this Baptist News diatribe is this claim: “As patriarchal, complementarian, homophobic, narratives of eugenics shaped conservative evangelicalism over the decades, their demand for more children grew.”

And while demography is not exactly destiny, it is a significant indicator of the future. Demographics shape domestic politics and even foreign relations. Much of France’s foreign policy before World War 2 was predicated on its law birth rate compared to Germany, and thus, it was driven to accommodation as seen in foreign minister Briand’s argument “that he was conducting the foreign policy of France’s birthrate” (see Kissinger, Diplomacy, p. 228).

Unless, of course, they coopt your children. And coopting your children is the entire purpose of the promotion of Marxist Identity politics through school indoctrination—Drag Queen Story Hour is not a blessing of liberty but a method of pitting children against parents.

Leftists control public education, much of private education, and will not stop indoctrinating children unless forced to do so.

This makes efforts like Ron DeSantis’ in Florida so important. Christians throughout America must fight not only to save babies but protect them from radical indoctrination in our schools.