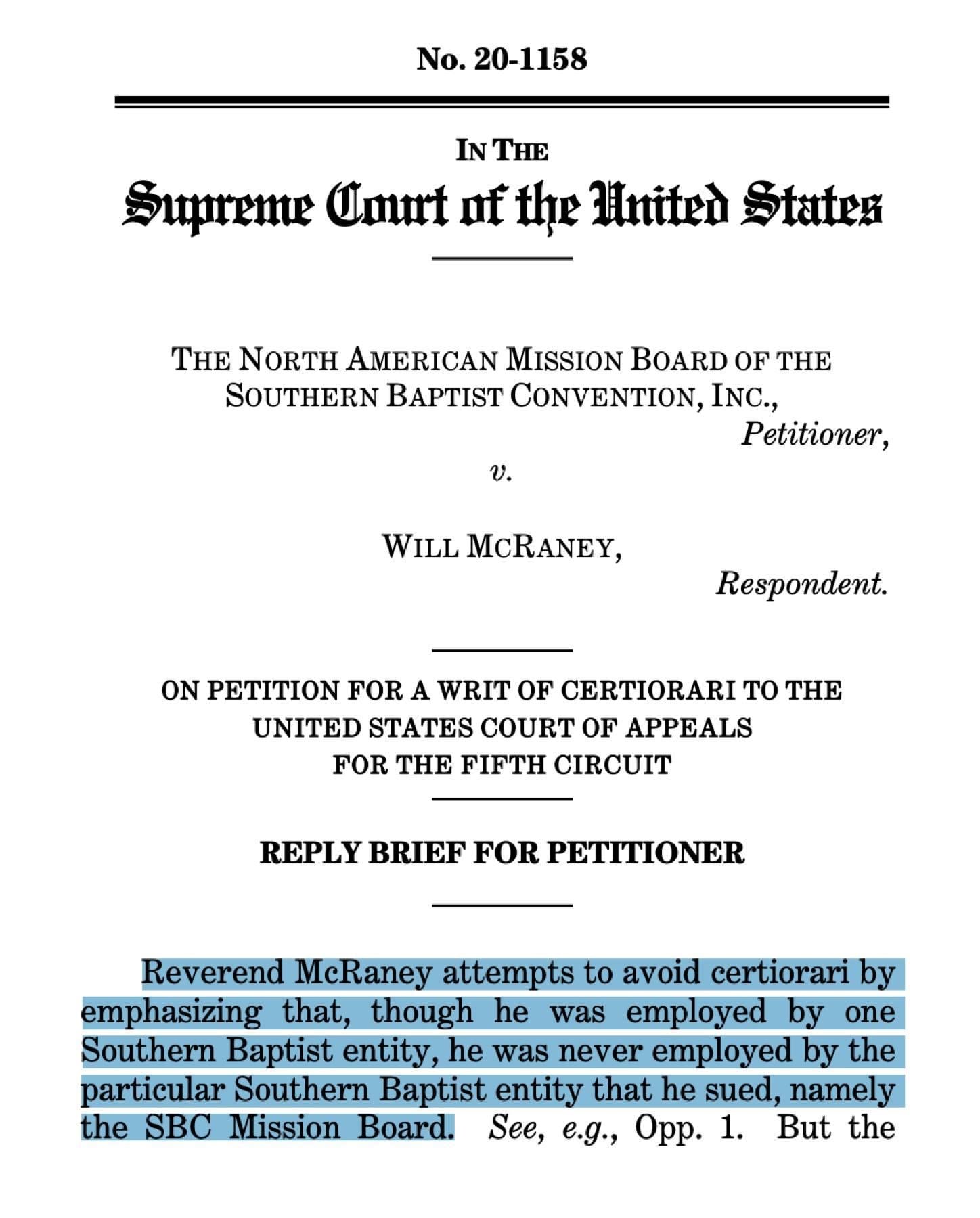 And Willy Rice never said a word to refute the lie. Will he now?

Does Willy Rice think a state convention is a Southern Baptist entity?

Does Willy Rice believe any state Baptist convention is an entity of the SBC?

If not, does he stand by the NAMB submission to the US Supreme Court as a NAMB trustee? Because NAMB through its attorney’s claimed just such a falsehood.

Did you see a state convention in that list?

Of course not. The SBC makes clear it does not control or otherwise oversee other Baptist bodies.

So, NAMB lied to the Supreme Court of the United States. Who is responsible for that?

Kevin Ezell is responsible. He is the head of NAMB.

Kevin Ezell’s trustees are responsible as they are the parties handed the fiduciary responsibility of overseeing NAMB on behalf of the Southern Baptist Convention.

Who is Vice Chair of the NAMB trustees?

And Willy Rice has not repudiated this NAMB lie.

That means unless Willy Rice publicly and clearly refutes the lie of the North American Mission Board (that he oversees), then he must agree with them—especially, when those lies were told on behalf of and under the authority of the NAMB trustees, of which he is now Vice Chair.

Willy Rice has been silent too long. At least now he can do the right thing.

Or, will Willy Rice continue through silence to harm the SBC?