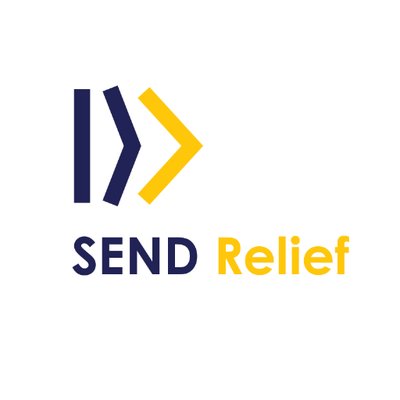 Jesus was a “so-called illegal immigrant.” Jesus was a refugee. These are the refrains of Russell Moore and his followers within Evangelicalism. Even Send Relief, an agency of the North American Mission Board (NAMB) of the Southern Baptist Convention spreads these talking points.

According to the Send Relief Church Guide to Ministering to Refugees, “Joseph, Mary and Jesus were refugees. King Herod was a cruel and power-hungry ruler who sought to destroy anyone whom he viewed as a threat. They fled because he ordered the death of every child in Bethlehem. So, Jesus himself became a refugee to escape death. We pray to a refugee.”

However, Send Relief provides the definition of refugee in its own booklet and it contradicts this.

Send Relief defines a refugee as, “According to the United Nations, a refugee is someone who has crossed an international boundary and is unable or unwilling to return to their country of origin owing to a well-founded fear of being persecuted for reasons of race, religion, nationality, membership of a particular social group, or political opinion. Refugees come from all walks of life and represent various professions and ages. Parents, doctors, artists, children, students, business owners and more leave their home countries every day seeking a more secure life.”

Jesus and his parents did not flee across an international boundary. Jesus fled to another province of the Roman Empire.

Iudea (Judea), Galilee and Aegyptus (Egypt) were Roman territories. Rome oversaw taxation, the military security and order. You can read a much longer exploration of the political situation here: detailing why Jesus was not a refugee nor an illegal immigrant.

Short version: Rome conquered both territories, appointed the rulers, taxed, and protected the territories. There was not an “international boundary” to cross. There were even flourishing Jewish communities established in Egypt when Jesus and his family fled Herod.

This highlights the danger of applying modern political and legal terms like refugee and illegal immigrant back onto the pre-modern world.

Also, this highlights how even “Christian” organizations lie to people to promote their political agenda.

The NAMB Send Relief booklet also abuses the Old Testament commands about how to treat foreigners. It gives blanket verses such as Leviticus 19:33-34 and Exodus 23:9, etc. without providing any context. These verses are not blanket commands but using specific Hebrew legal terms that were explored by Professor James K. Hoffmeier’s book on the topic. Or, you can read this short online article that explains what the Hebrew words translated foreigner, sojourner, and stranger actually mean.

In any case, the issues are not as clear as Send Relief tries to make it. The Hebrew shows legal nuance and Hoffmeier details it far better than these Progressive talking points adopted by your Southern Baptist Convention.

Yet, this nonsense is what the SBC is spreading to Baptist churches. Russell Moore’s influence in the SBC continues to bear its bitter fruit.