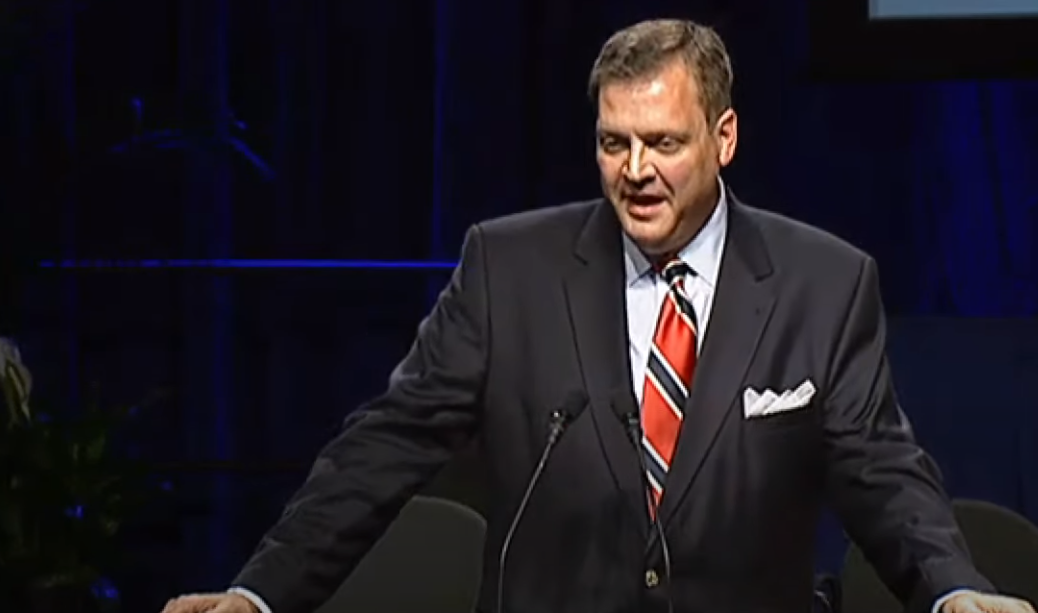 You won’t believe what Al Mohler has to say about Sermongate. Nothing. Why? Because World Radio did not ask him about it.

Dr. Mohler said an establishment candidate was not something the SBC messengers wanted when they met in Nashville last month.

Mohler said, “By the time we got to the convention and kind of felt that the tenor of the times, it was clear that an establishment candidate was not going to be the choice. I could do that math. But it is interesting, it was a fairly close race, if you look between Mike Stone running as a candidate of what’s known as the Conservative Baptist network. And then Ed Litton, running is kind of a continuation of some younger pastors, and it’s still a close thing in the SBC.”

This is an interesting observation that seems to pass over the significant help that Litton received from the establishment—specifically, the North American Mission Board, which paid for people to attend and promoted Litton’s candidacy.

It also appears to support the rumors that Mohler floated the idea to several state convention executives that he would withdraw from the race. A source told the Capstone Report, that one state executive urged Mohler to remain in the race.

Mohler said the SBC won’t become like the mainline demoninations; however, there are “subtle issues that won’t remain subtle for long.”

Specifically, Dr. Al Mohler said, “I think the biggest issue is the extent to which the Southern Baptist Convention can somehow rebrand itself in the context of increasingly hostile culture. And I do not believe we can do so. I don’t believe that possible. There are always issues we have to deal with. But the bottom line is that Southern Baptists and others who are going to hold to any form of biblical Christianity are going to be increasingly seen as obstacles, as impediments, as regressive in this society that is so fast secularizing, and, frankly, moving left faster than anyone could imagine. And so there are limitations, I think, to what can be done here.”

This shows Mohler is pointing out the adoption of worldly philosophies will not make the Southern Baptist Convention popular as the culture sprints leftward.

There is a good deal to parse in this interview, so we may write more about the messages Mohler is sending later.

However, check out the transcript. You’ll notice one huge issue not discussed.

The transcript shows no question about Ed Litton’s plagiarism scandal.

That is the issue rocking the Southern Baptist Convention.

Why did World Radio pass up the opportunity to ask the greatest living Southern Baptist what he thinks about liar and plagiarist SBC President Ed Litton?