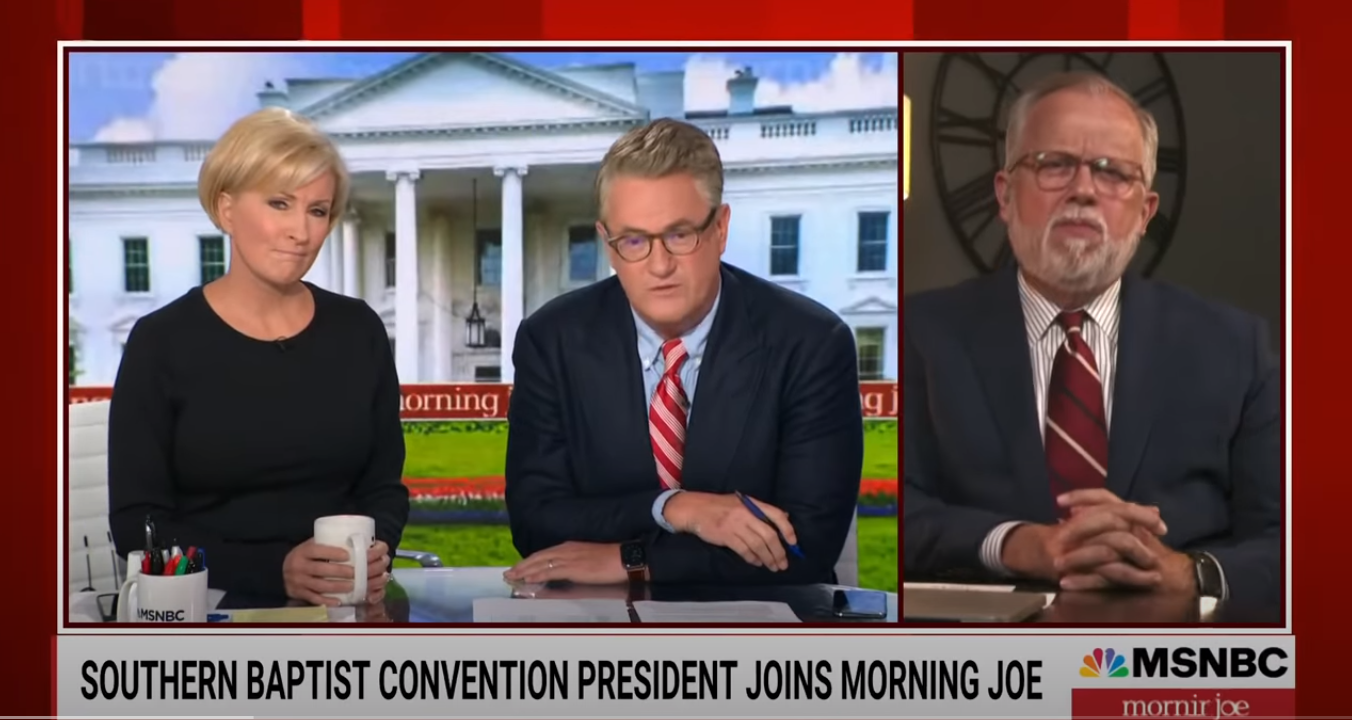 Southern Baptist Convention President Ed Litton appeared on MSNBC again to talk about his plans for the SBC. In an interview with Morning Joe, MSNBC showed that it loves Ed Litton more than it loved Russell Moore. What does that tell you? And Ed Litton told the Democrats at MSNBC that the Bible tells Christians to be Woke.

“In my community, a very conservative group of people, Woke is considered a pejorative unfortunately,” Ed Litton told MSNBC. “But the Bible tells us repeatedly that we are to wake up. And we all need to wake up to some realities.”  H/T Reformation Charlotte.

What realities? Oppression of certain groups.

“When I look around and started seeing some things and seeing history, I had never really been aware of,” Ed Litton told MSNBC that was the start of his awakening. He continued, “When I related to people who are real and for two years, a group of us sat in a car dealership conference room every two weeks, had lunch together, and we talked about the most gut-wrenching realities, not that took place in 1957 but took place 57 days before that meeting. I love my city, but my city has a terrible, scarred past when it comes to race and there is a huge racial divide.”

A man is known not only by his enemies but by his friends. Ed Litton sure seems friendly with the Democrats and Progressive fanatics at MSNBC.

What is Ed Litton doing on MSNBC?

He is following in the footsteps of Russell Moore—his audience is not the Southern Baptist sitting in the pew. Ed Litton’s audience is the coastal secular elites.