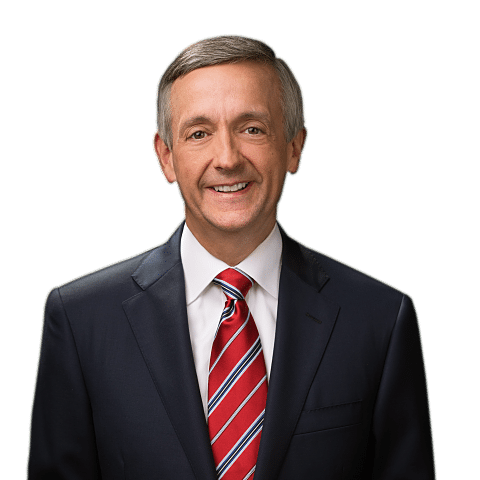 “I’ve not been tickled, to say the least, the last few years about the direction of our Convention,” Dr. Robert Jeffress said on the Todd Starnes Show. “I don’t think there is going to be a mass exodus, but I think more and more conservative churches are going to do what First Baptist Dallas did a few years ago—that is we changed our giving. We decided we were only going to support those things that we believed in. We didn’t make a big thing about it, but we quit funding the ERLC.”

According to a report from the SBC Executive Committee, Jeffress and First Baptist Dallas were not alone among churches cutting giving because of the Progressive politics of lifelong Democrat Russell Moore at the Ethics and Religious Liberty Commission.

These are small churches, medium and even one of the largest givers to the Southern Baptist Convention that cut funding because of the ERLC and Russell Moore.

Jeffress also told Starnes that many changes to Southern Baptist cooperation is coming about because of changes to America and American Christianity.

“Part of what is going on is that we are living in a post-denominational age,” Jeffress said. “People do not like a vast bureaucracy. I think more and more you are going to see people turning away from denominations, especially when that denomination is going in a way that we are not pleased with.”

Jeffress also was kind enough to mention this article we posted earlier today that mentions the role post-denominational America plays in efforts to retake the Southern Baptist Convention.

Then Jeffress pointed out that God created the local church. Man created the Southern Baptist Convention.

“God did not create denominations. They may be useful, helpful but there is nothing that says we need to give our money to everything a denomination does,” Jeffress said.

“Shakespeare had it right when he wrote, full of sound and fury signifying nothing,” Jeffress said about this week’s Southern Baptist Convention Annual Meeting. “It made a lot of headlines, but nothing done this week, no vote that was cast, no candidate that was elected has any impact on the 40,000 churches that make up the Southern Baptist Convention.”

“Critical Race Theory is antithetical to what the Bible teaches,” Jeffress said. “It is racism.”

Jeffress told Starnes that much of what is happening is that the Woke want to force people into paying for earlier sins.

“I can’t pay for anybody else’s sin. There is only one person who can pay for the sins of another and his name is Jesus Christ,” Jeffress said.

Jeffress said the SBC was born in racism and the time of slavery; however, the SBC repented of that and it is time to move forward. It cannot turn in a new direction if it continues to wallow in the sins of the past.