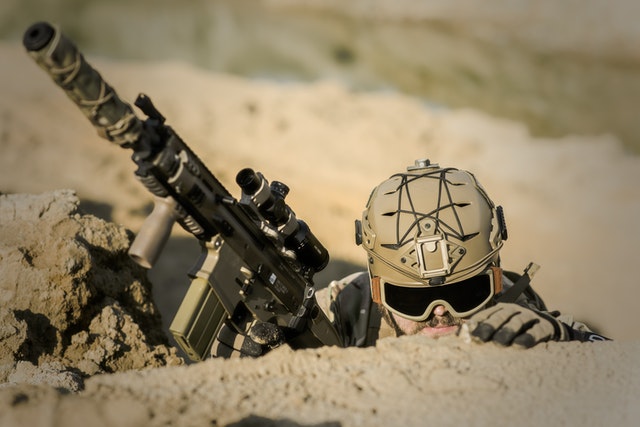 Though some things look bleak, there is good news

Take heart. Though our enemies abound and are working to destroy you—there are victories in the field. Our churches and yes even Western Civilization itself might survive this war against Leftist Elites determined to destroy all and Rebuild Better. Let’s contemplate some good news today.

France is standing up against pernicious American ideas. Ordinarily, this would be typical anti-Americanism of the French. However, this time the American export upsetting the French is dangerous American Leftism. Specifically, France worries about “American ideas on race, gender, post-colonialism – especially those coming from U.S. universities – are undermining French society and are an attack on French heritage.”

While many of the dangerous ideas of American Leftism originated among French thinkers, the French appear to understand the threat to their culture better than American Elites. This is important for Europe. If the French rediscover a pride in their past, it will renew hope for their future.

Let us pray that France takes this fight against American Leftism seriously.

We are winning the hearts and minds of Evangelicals

It is happening. The people sitting in the pews are waking up and demanding Evangelical Elites abandon godless Analytical Tools dividing the Church. It may not seem to be the case, but even one of the Wokest of the Woke admits this is happening.

According to Thabiti Anyabwile, “Faithful pastors in sound churches across the country are reporting the loss of significant portions of their membership and loss of long-time friends who have been influenced by the anti-CRT crowd. I’m talking small churches and megachurches…I’m hearing (been hearing for a couple of years!) from large church pastors who have lost 15-25 percent of their memberships after some folks get involved in anti-CRT writing and slander. Those folks leave after 1st slandering their pastors insisting on CRT’s influence…In all the cases I’m thinking of, again, small and large churches, these are faithful gospel men who have not even been particularly outspoken about race, racism, injustice, etc. But their people have been entangled in the conspiracy theory that is the anti-CRT movement.”

First, these aren’t “faithful Gospel” preachers. These are liars who have adopted as their primary Analytical Tool the godless ideologies of Critical Race Theory and Intersectionality.

Second, notice how this Southern Baptist preacher smears those worried about the dangers of Critical Race Theory. He says such people “have been entangled in the conspiracy theory that is the anti-CRT movement.”

Excuse me? This is the very pastor who said ALL white people were culpable in the assassination of Martin Luther King! Talk about a conspiracy theory!

This is a rhetorical trick designed to minimize the dangers of Racial Identity Politics. However, people know it is real and is a threat because of the SBC’s passage of Resolution 9 at the 2019 Annual Meeting in Birmingham. Too late for these tricks to work. The people can see the danger is real.

Third, his Twitter thread gives us some good news. These pastors promoting the godless ideologies of CRT and Intersectionality are being exposed and Bible-believing Christians are fleeing those apostate churches!

Advice from the frontlines: Cherish your allies

When things are tough in a fight, allies usually pull together.

This was a recurring theme in the War of Spanish Succession. Bad news on one front led to the allies working harder and working together. However, every battle won by the Duke of Marlborough precipitated conflict over the spoils among the victorious allies. This prevented an ultimate victory in the war. This is human nature.

It is also human nature to belittle allies. Winston Churchill noted this in both his four-volume biography of the Duke of Marlborough and in his own World War 2 history the temptation to reproach one’s allies.

We often think: “An ally is never working as hard as you or is making too many mistakes.” We often think too highly of ourselves, our judgment and our strategy, while we disparage our allies’ contribution.

Now is not the time for that.

This is a good time to encourage all fighting against the dangerous spread of Identity Politics in the Church and in America to think twice before aiming fire at our allies.

This is a serious fight. It has serious consequences. Not everyone will fight in the same way or at the same time. We must recognize this. So, we should make it our policy to encourage all and disparage none working in this righteous crusade.

Conclusion: Victory is our goal

Indulge me again and allow me to quote Churchill to describe the goal of our Culture War: Victory. Or, as only Churchill could put it, “You ask, what is our aim? I can answer in one word: It is victory, victory at all costs, victory in spite of all terror, victory, however long and hard the road may be; for without victory, there is no survival.”

Do not despair. Setbacks will come. Yet, we are on the cusp of rising tides of victory—tides that will counter the Leftward Drift of our Southern Baptist Convention and our nation and all of Western Civilization.

One thought on “Dispatches from the Culture War: We are winning”