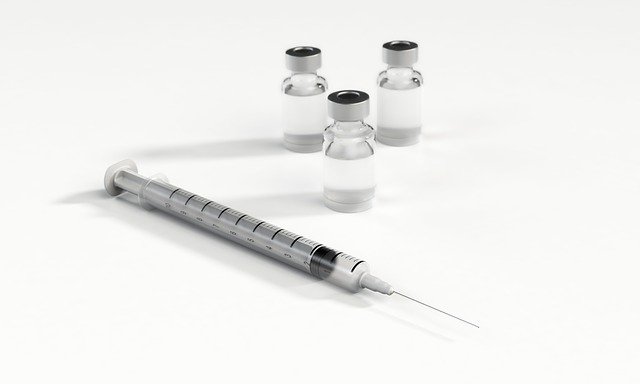 Did you notice the recent rise of Evangelical Elites crying about Christian Nationalism? It was setting the stage for the mainstream press to present the narrative that conservative Christians are a danger to society. That is just what NBC News delivered in a story declaring, “Christian nationalism’s COVID vaccine doubt threatens America’s herd immunity.”

And just so you do not miss the point from NBC News Think, “Christian nationalist ideology will almost certainly serve as a barrier for a sizable minority of Americans who need the vaccine.”

One more quote to make sure everyone understands what NBC thinks about the danger of Christian Nationalism, “Americans who agreed with the various measures of Christian nationalism were much more likely to espouse anti-vaccine attitudes, even after controlling for other influences, such as political party, political ideology, religiosity, race or even education.”

In other words, holding to conservative views combined with being Christian makes one a danger to public health.

Contrary to the NBC scare, the Christian Post reports that most Christian ethicists seem to favor evangelical Christians getting the vaccine, but never mind. NBC news wants to scaremonger. Also, some pro-life groups have issues with the development of the vaccines; however, that has nothing to do with “Christian Nationalism” and everything to do with questions about the morality of taking vaccines developed through ties with abortion.

So, what is Christian Nationalism? The researchers platformed for this anti-Christian attack define Christian Nationalism as “an ideology that seeks to have a particular expression of Christianity be privileged in the public sphere — in the national identity, public policies and sacred symbols of the U.S. It focuses on defining the boundaries of American citizenship, who is (and isn’t) a ‘true’ American.”

But, most telling of all, if you are a Christian conservative then you are anti-science!

The “Think” piece opines, “Americans who embrace Christian nationalism are more skeptical of science. They are more likely to believe scientists are hostile to faith, that creationism should be taught in public schools and that our country relies too much on science over religion.”

This is nonsense. One can believe science provides great explanations for natural phenomena and still believe that the science ranging from our understanding of the Big Bang to the Borde-Guth-Vilenkin theorem require a beginning point (past finite universe) and as such points to the need for philosophical and theological answers to questions about the beginning of the universe.

Thus, Christians believe a proper education requires some discussion of creationism. This is not anti-science; rather, it is the logical outcome of an appreciation for the lessons of science as we now understand it.

One can think science important, useful and necessary to modern life and still think that God is a metaphysical necessity. This is not anti-science. It is pro-philosophy!

The anti-Christian attack slips in one final and important details toward the bottom of the essay. And, it is a doozy. They write, “One limit of these data is that the researchers at Chapman were unable to ask about a Covid-19 vaccine directly, given that they fielded the survey in the fall of 2019. But we feel confident connecting Christian nationalism and Americans’ likely responses to the Covid-19 vaccine.”

In plain language, “We do not have any direct data to support what we’ve written. However, trust us! Christian Nationalism is bad!”

Then, they cite their own research with questionable assertions like this: “Under this assumption, the solution to the crisis is not to take behavioral precautions like hand‐washing, mask‐wearing, or social distancing, but to increase America’s collective devotion, attending religious services and repenting of national sins (e.g., abortion, homosexuality, general lawlessness).”

Are those things mutually exclusive? Perhaps, people can do two things—take safety precautions and seek Divine forgiveness? Perhaps both are important. Though, the researchers link incautious behavior and a lack of precautionary behaviors to Christian Nationalists.

And the study defines “Incautious behaviors” as:

Notice how this list targets Christian behavior. A Christian who actually believes the Bible should be expected to visit a place of worship and gather with 10 or more people. Many could do so during the pandemic without violating local ordinances or mandates. Others went to worship services with 10 or more people but did so inside their cars for drive-up services.

When you define Christian behavior as incautious, you would naturally find dedicated Christians to be incautious.

In any case, this is another salvo in the smear against conservative Christians. If you believe that Christian values are important and should influence America, then you will be smeared as a “Christian Nationalist” who is a danger not only to yourself but your family and the rest of America!

Get ready folks. 2021 is going to be filled with these types of “scientific” attacks on you.

Progressives already showed their hand in late 2020 with editorial cartoons like this in the Washington Post attacking Republicans as rats.

The venom against Christians (who supported Donald Trump) will only increase in the coming weeks and months.