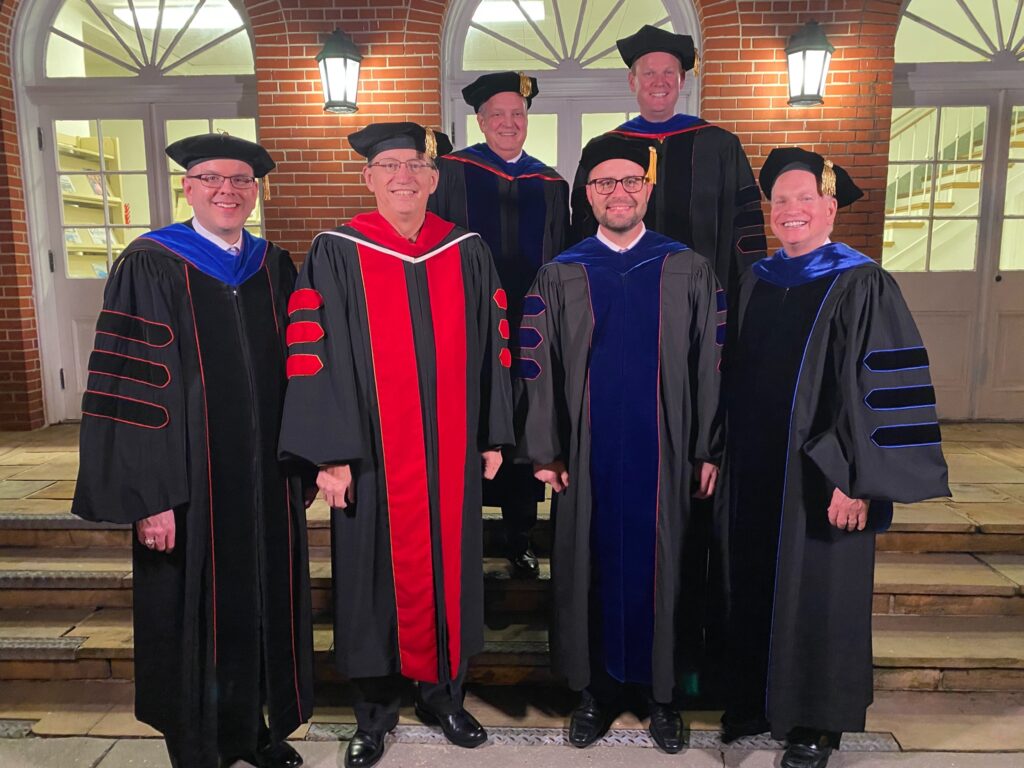 Jeff Iorg, president of the Southern Baptist funded Gateway Seminary in California, claimed in a baffling essay that Christians should not be too concerned with “concepts or conspiracies” like socialism, Critical Race Theory or Intersectionality.

Dr. Iorg writes, “Many Christians today are captivated by discussions, arguments, and speculations about concepts or conspiracies like socialism, Critical Race Theory, intersectionality, QAnon, the 1619 Project, etc. American Christians have been duped into believing these are pressing issues which deserve our undivided and intense attention.”

I’m dumber for having read this essay.

This is a typical strawman argument. To claim something, like politics, war or taking care of one’s family are important is not to claim those things deserve our undivided attention.

Also, who has “duped” American Christians into focusing on conspiracy theories?

And does Dr. Iorg mean to imply that worrying about the rise of socialism, Critical Race Theory, Intersectionality and the lies of 1619 Project are conspiracy theories?

Because that’s what Dr. Iorg seems to assert. Dr. Iorg writes, “Over my lifetime, there have been a series of empty ideas that have captivated Christians. Whether it was the Illuminati taking over the world, Y2K destroying the world, or rapture predictions about the end of the world—Christians have repeatedly been deceived into devoting our attention to pseudo-urgent concepts or conspiracies.”

So, was it pseudo-urgent when Ronald Reagan and even before that Dwight Eisenhower rallied conservative Christians to stand against communism?

Maybe there are things in this world that demand our urgent and intense attention?

Perhaps God gave us duties in this world. Perhaps it is OK to care about fighting dangerous concepts.

Dangerous ideologies like socialism, Critical Race Theory and Intersectionality deserve intense attention. These things are corrosive to both church and state. Fighting them is a virtue.

Why do some people paid for by the Southern Baptist Convention fail to understand that?

Dr. Iorg writes, “Our focus must be on the gospel—preaching it, teaching it, witnessing it, and living it. Perhaps this will be the best outcome from the recent election. We will realize how futile it is to equate gospel-advance with political movements centered on human-generated ideas. Our time is better spent promoting the gospel rather than trying to win arguments about every new idea which gains cultural traction.”

This is dangerous thinking. Dr. Iorg implies that being involved in politics is a distraction. Now, surely that is not what he intended to say. However, that is what is implied.

Further, the essay is confusing. In the quoted paragraph he eschews engagement in cultural debates. Yet, in an earlier paragraph he said, “We should acknowledge prevalent ideas (particularly those that become cultural markers), expose their deceitful nature, and then re-center our focus on the gospel.”

That’s a call to engage in debate because you can’t expose the falsehoods of the godless ideologies of this world without engaging the forces of political evil—Woke ideology like Critical Race Theory and Intersectionality.

This essay by a Southern Baptist seminary leader is a disaster. It muddles political theology with more than a few pious platitudes. It is at best unhelpful and in many ways dangerous as it implies political involvement is a distraction from Christian duty.

However, we know the Christian in America has political duties. God placed us here. He expects us to use our vote and our voice for good. Political responsibilities are not a distraction from the Gospel any more than fulfilling our responsibility to feed and care for our families are a distraction—both are God’ given duties and therefore require our attention.