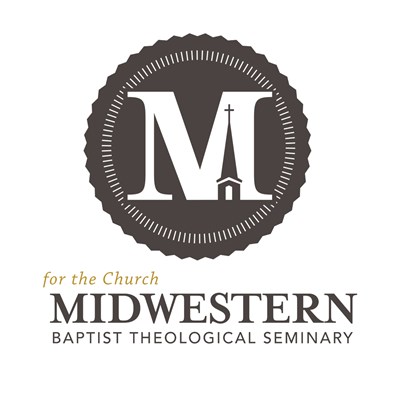 A professor paid for by your local church giving to the Southern Baptist Convention compared Woke Mobs tearing down of American historical monuments to Revolutionary War patriots.

Thomas S. Kidd of Midwestern Theological Seminary compared the Leftist Cultural Revolutionary mobs in the streets of American cities with American patriot armies tearing down statues of George III or Israelites tearing down the golden calf.

“Putting up and tearing down statues has been part of American history from its beginning. In July 1776, New York City patriots held a public reading of the Declaration of Independence in front of an equestrian statue of King George III. Then they pulled down the statue, melted it, and used it to make bullets,” Kidd wrote for Christianity Today.

It drew a nice response from a real conservative—Mark Tooley, president of the Institute on Religion and Democracy. Tooley pointed out General George Washington’s stand on tearing down the statute.

“George Washington in 1776 opposed mob trashing King George III statue as “it has so much appearance of riot/want of order that he disapproves/directs that in future these things shall be avoided by Soldiery & executed by proper authority.’”

You would think a historian would know that type of detail. Oh well.

This is nonsense. It asserts that patriotism is something other than rooted in first-order God-given commands. Yet, Christ himself gave explicit commands regarding our relation to the state and so did the Apostles Peter and Paul in their letters.

Love of country is love of neighbor. It is also love of parents. This is the traditional Reformer, Catholic and Orthodox view of patriotism.

Thomas Aquinas explained in Summa Theologica, “Man becomes a debtor to other men in various ways, according to their various excellence and the various benefits received from them. On both counts God holds first place, for He is supremely excellent, and is for us the first principle of being and government. On the second place, the principles of our being and government are our parents and our country that have given us birth and nourishment. Consequently man is debtor chiefly to his parents and his country, after God. Wherefore, just as it belongs to religion to give worship to God, so does it belong to piety, in the second place, to give worship to one’s parents and one’s country.”

This would be a good place to point out that one could root an argument like Kidd’s in our affection and attachment to our “fellow-citizens.” Since, these are our kindred, our family, we should consider their feelings.

However, the general point here is that Kidd misunderstands patriotism. It is a first-order concern for the Christian. Why? God ordained and created states for our good. Further, he placed us in a position to shape America—we are as Dr. Tom Ascol likes to say, citizen-kings. That is an awesome responsibility.

C.E.B. Cranfield explained the state has a special role in God’s soteriological economy. He wrote:

In other words, a well-organized state that keeps order and peace aides the preaching of the Gospel. Therefore, even repressive regimes can be unwitting servants of God. It was after all authoritarian Rome with its road and safety that witnessed the triumph of Christianity over paganism.

Yet, a Christian America could be an even greater blessing to the preaching of the Gospel. Yet, it cannot do that while comparing Woke Mobs to brave Revolutionary Patriots. It cannot do so when it mocks the importance of patriotism.

We will not have order while Woke Mobs spread their chaos.

That harms the Gospel and its preaching more than a few people angry at the name of the Washington Redskins or upset by a statute of Union General U.S. Grant. Just as Cranfield said, government must restrain this chaos.

Southern Baptists should stop paying those who hate America, are ignorant of its history and spread these dangerous lies.

And of course, your church giving supports Kidd’s anti-American history teaching at Midwestern Baptist Theological Seminary. So great work conservative Southern Baptists. Just keep sending in those checks to Nashville to keep funding this Leftward Drift of the SBC.

Or, do something to get the attention of SBC Elites before it is too late.