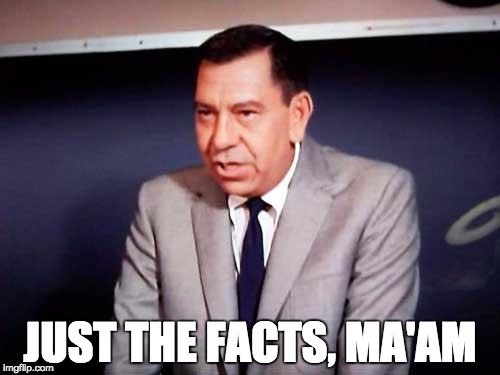 Baptist Press released a statement Tuesday, October 15, 2019 that announced the end to any pretense of its practicing journalism. Instead, Baptist Press will morph into community organizers and alleged victim’s advocates. The statement came in response to complaints over how the organization reported an abuse allegation. Instead of promising to do better in revealing allegations, the organization decided it would abandon any pretense of objectivity in its reporting.

The revelation came in two revealing portions of this statement. First, Baptist Press promised to care for alleged victims. BP writes,“Lyell came to us with an allegation of abuse and should have been cared for throughout the entire process.”

Want to help victims? Report the allegation carefully. Do your job. When you try to do someone else’s job, it typically doesn’t work so well.

How do you do your job? Spell out the allegations. Ask tough questions of both sides. Report the facts.

Your job isn’t to Believe the Victim. Your job is to Report the Facts—to provide details from both sides. Yes, often the alleged perp isn’t available for comment, but that’s why doing your job is important.

Also, this is dangerous: “Our readers must be able to trust that the news they receive from us is accurate and trustworthy and that the stories we print will ultimately protect and aid those involved.”

That’s not the job of a news outlet either.

When the stories you publish become all about protecting and aiding those involved, you’ve lost your way.

Expose evil, but do it the right way.

Despite the emotions involved, these are allegations. It takes courage on the part of a victim to make allegations public. You can show respect to the victim without becoming their advocate. When reporting crosses into advocacy, it ceases to be reporting and becomes opinion.

There is a place for opinion, but you can’t pretend its reporting.

Baptist Press must do better.

The abuse allegations surrounding David Sills made by Jennifer Lyell are important. It raises a host of questions. Good reporting would explore these tough areas.

For example, why was it abuse? One was a 26-year-old graduate student and the other a professor. What tools did the professor allegedly use to “groom” his victim? Asking questions about this would provide several benefits. It would make others aware and perhaps know what to look for if they were in a similar situation. Also, it would help the public judge the nature of the abuse allegation.

One enormous problem in the BP statement is the acceptance of an allegation as fact. BP writes, “Baptist Press ultimately failed to convey that the heart of Lyell’s story was about sexual abuse by a trusted minister in a position of power at a Southern Baptist seminary.”

That should be alleged abuse. Because, you aren’t a court of law. You don’t have the competence to declare this as an absolute. You might believe it is true. You might think the evidence is compelling, but failure to make clear the limits of your knowledge and power is a failure of basic journalistic responsibilities.

The statement should read: Baptist Press ultimately failed to convey that the heart of Lyell’s story was about alleged sexual abuse by a trusted minister in a position of power at a Southern Baptist seminary. Did the alleged abuser confess to you? Declared guilty by the court? Then you only have an allegation. You must treat it as such. Fairness requires as much.

Baptist Press also misunderstands the controversy over the Sills-Lyell issue.

“The story in its finished state omitted references to abuse and was framed as ‘a morally inappropriate relationship.’ This change in language seems to have led to a general public understanding that what happened between Sills and Lyell was a consensual affair.”

The language wasn’t the genesis of this impression. Rather, the fact that both were adults.

Explain why abuse fits this situation. Most people are going to be skeptical of an abuse claim when both are adults—you must tell people WHY this is different. Exploring the How would provide the needed context.

One further problem in the BP statement is the general trend to infantilize women. Telling stories of abuse is courageous. The way to honor those who speak up is to report it and do it the right way. You aren’t community organizers for the #MeToo and #ChurchToo movements. You aren’t victim’s advocates.

Do your job. That’s the best way to honor those who tell their stories.

Unfortunately, the new leadership over SBC communications abandoned any pretense of objectivity. The Southern Baptist Convention should demand better.