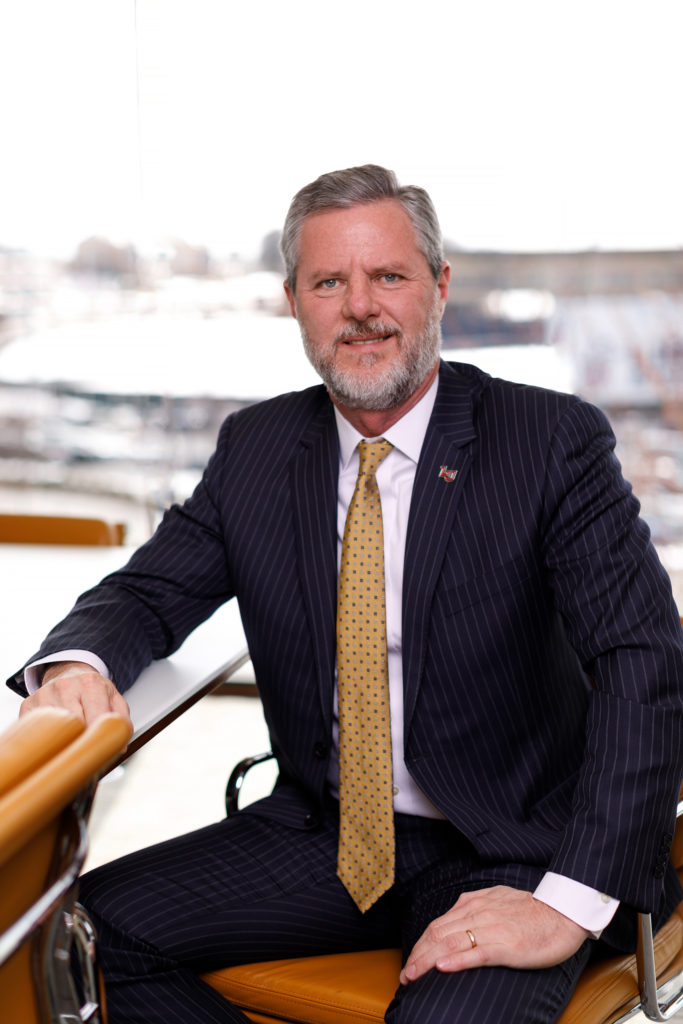 Platt praised for Trump prayer, but appears to justify feelings of those ‘hurt’ by his action and draws stinging rebuke from Liberty University president Jerry Falwell Jr.

David Platt prayed for President Donald Trump Sunday. It was well done—somber and reflective of the biblical commands to pray for all leaders. However, Platt sent a letter to his church Sunday night that seemed to justify how some Christians were upset over the appearance of Donald Trump at McLean Bible Church. Platt’s move looks weak. It looks like Platt thinks it is OK for some “Christians” to be upset when a man they disapprove of walks into church. Jerry Falwell, Jr. thinks pastors like Platt need to grow up and act like men.

Falwell tweeted a link to a Todd Starnes story on the Platt fiasco. In the piece, Starnes praised Platt for his conduct with President Donald Trump. Starnes was critical of the church members upset by it. Falwell’s tweet told pastors they shouldn’t cater to the snowflake Christians.

Falwell tweeted, “Sorry to be crude but pastors like @plattdavid need to grow a pair.  Just saying.”

Falwell raises an important point: Pastors should not legitimize childish behavior, but instead rebuke it.

Would David Platt tell church members upset that a prostitute visited the church for prayer that their concerns were justified? Their pain at being around a sinner was “valid?”

Any pastor would condemn such Pharisees.

All sinners should be welcome in a bible-believing, soul-winning church.

Yet, because Donald Trump is despised by some, it is OK for them to be upset?

The Gospel is for everyone–even Donald J. Trump.

The pastors worried about offending these baby Christians should get over themselves. They should act like men and rebuke this behavior.

That is the pastor’s job.

16 thoughts on “Falwell to Platt & other pastors: Act like men”