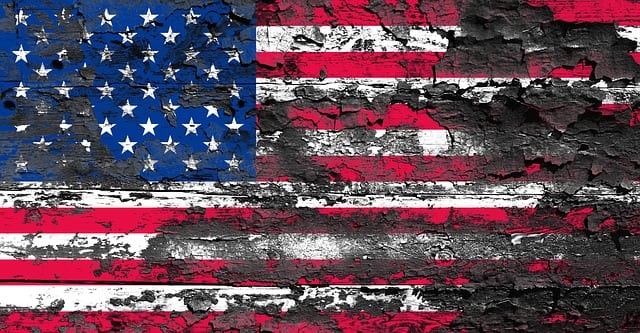 Every day brings some new, depressing report about the state of America. The United States is divided. We hate one another and too many of us hate our country. Today, right here in the American South, I read the story of how one Atlanta area school discontinued the pledge of allegiance.

The excuse was simple: the pledge wasn’t inclusive.

According to the report, the pledge of allegiance was eliminated “in an effort to begin our day as a fully inclusive and connected community.” Also, “Over the past couple of years it has become increasingly obvious that more and more of our community were choosing to not stand and/or recite the pledge.”

These ingrates refuse to stand and participate in our shared ritual—refusing to share in something that transcends our differences and unites us as one people. Why? Because these folks want to exclude to include, and to disconnect in order to connect.

This will not end well.

Jesus words are vivid. Abraham Lincoln utilized them in a famous speech. He warned, “A house divided against itself, cannot stand. I believe this government cannot endure, permanently, half slave and half free. I do not expect the Union to be dissolved — I do not expect the house to fall — but I do expect it will cease to be divided. It will become all one thing or all the other.”

Lincoln was right about the impending danger. It resulted in the bloody Civil War. The Union became all one thing. But at a price. The house didn’t fall, but it experienced devastation.

The American experience proved Jesus’ point. Lenski contends what Jesus said is something everyone knows. “The two observations with which Jesus begins sum up the universal experience which no sane man contradicts. A kingdom, city, or house, once divided against itself (μερισθεῖσα, aorist passive participle), one part fighting the other, is devastated and as a result will not stand, i.e., goes down in ruin.”[2] Another commentator points out, “ἐρημόω means ‘lay waste’ or ‘depopulate’. Compare LXX Isa 6:11 (‘until cities lie waste [ἐρημωθῶσιν]); Philo, Decal. 152 (‘why great and populous countries are desolated [ἐρημοῦνται] by internal factions’); Rev 18:19; Josephus, Bell. 2:279; Ant. 11:24.”[3]

Depopulation was the experience of the American Civil War with the tragic cost of the war measured in the blood of brothers.

Today the divisions in our land are growing. If we cannot stand together for our national anthem or say the pledge, then we are not really a united people.