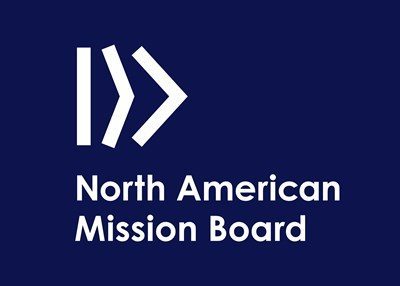 How does the North American Mission Board of the Southern Baptist Convention use your Annie Armstrong Easter Offering and Cooperative Program giving? Apparently, to strong-arm state conventions into doing its will and then using its considerable bureaucracy and influence to retaliate against one lone dissident. In 2015, NAMB used money as a lever to bend a state convention to its will and fire Will McRaney. Now, with McRaney unemployed, NAMB’s leader Dr. Kevin Ezell has engaged in what appears, based on the allegations of an explosive new lawsuit, to be disgusting retaliation against an out-of-work minister.

You can read the details of the lawsuit here. For more information on the history of the conflict between McRaney and NAMB, check out this page. There are videos and links to supporting documents. The lawsuit is the culmination of attempts by McRaney to resolve these issues with NAMB and Dr. Ezell via other means. However, Dr. Ezell has allegedly used his power and NAMB’s influence to punish McRaney long after he was terminated as the state executive director of MD/DE. Specifically, through attempts to prevent McRaney speaking at conferences, this new lawsuit filed April 4, 2017, alleges.

According to the lawsuit, NAMB employees or agents pressured a conference in Mississippi to uninvite McRaney. This was followed by Dr. Ezell’s allegedly personal efforts to block McRaney from the 2016 Florida Baptist Convention Pastor’s Conference speaking engagement in November. Showing how amazingly loving Dr. Ezell and his NAMB could be, NAMB posted at its Welcome Desk at its offices in Alpharetta, Georgia a photo of McRaney listed as allegedly someone “not to be trusted and Public Enemy No. 1 of NAMB,” according to the lawsuit.

It wasn’t enough to get a man fired; now Dr. Ezell and his bureaucrats want to destroy him too by preventing his participation in ministry events or earning a living.

It is a symptom of everything wrong in the Southern Baptist Convention. What enables men like Dr. Russell Moore at the ERLC and Dr. Ezell at NAMB to behave in smug, condescending ways? It is the enabling of a trustee system that doesn’t do its job.

Trustees function as a rubberstamp to validate and support the entity chief’s actions. Trustees do not possess the influence, the will or the power to hold entities accountable.

That is a significant amount of influence it can wield. Reading the lawsuit’s allegations, it is hard to believe NAMB deserves that kind of trust without a leadership change and significant reforms to make sure the organization is held accountable by trustees.

McRaney was mistreated by NAMB. This isn’t how Christians should behave. Why did NAMB engage in this type of behavior against McRaney? Probably because he was a nuisance. According to McRaney, some senior NAMB official called him a “gnat.”

That’s what NAMB does with your Easter offering—intimidate and punish little guys who have the misfortune of being in its way. These “gnats” don’t even deserve to earn a living if these NAMB experts have their way.