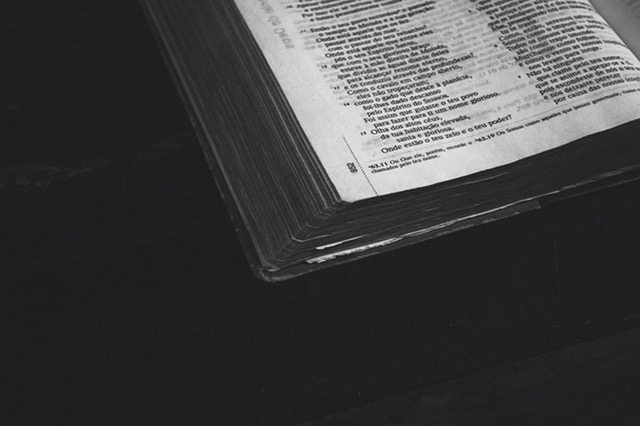 Some liberal Southern Baptists just don’t get it. They want to make the Russell Moore situation all about Donald Trump and Trump voters. The SBC Voices crew propagates that spin, but it fails to address the truly major issue in the entire Moore apology—Moore’s mouth. However, what is most troubling is the stunning lack of moral discernment on display among Christians.

“WOW!!! Ethics demand that you vote for Donald Trump who insisted five young Black men exonerated for rape in New York, by DNA evidence, were guilty and should be retried. Ethics demand that we vote for Donald Trump although he willfully failed to pay scores of vendors and subcontractors, is thrice married and filed bankruptcy four times. Wow! That is absolutely astounding that a Baptist professor would argue that “Ethics demand” that Southern Baptist should vote for such an unethical man, and the ERLC should push such an agenda.

Yeah. Ethics demands you do the most good possible in any given situation. In a fallen world, you inevitably hit a moment where all choices are bad. God expects us to do the best we can and apply the most important ethical rules within that given context. You don’t ignore the situation. You do the best you can. Even those of us who hold to deontological moral systems look at the situation to determine what rule to apply. So, when we evangelicals examine issues like prescription drug benefits and the good or bad they might do, we balance that against other issues like abortion and religious liberty.

Here is the truth that too many of today’s young evangelicals and pro-Democratic Southern Baptists don’t want to admit—some moral principles are more important than others. This notion that you must be pro-life throughout life (read: Cradle-to-Grave socialism) is an absurdity when it tries to make healthcare access as important as saving the life of an unborn child.

I’ve quoted this before, but I’ll do it again. The foremost evangelical philosopher of this generation, Dr. William Lane Craig highlighted the moral reasoning process during a podcast in November 2016. He said:

DR. CRAIG: I think there is a kind of immaturity among some people about moral decision-making where they think that moral decision-making is a matter of choosing between the good alternative and the bad alternative. That is a very naïve, almost childish, view of moral decision-making. We are frequently confronted with moral choices in which we have no good alternatives or, alternatively, we have two good alternatives to choose from and you have to then choose between two goods. But sometimes you have to choose between two bads. Intro courses in philosophy or ethics major on this point by presenting moral dilemmas to clarify students’ values. For example, a textbook illustration is the runaway streetcar example where if you do not throw the switch the streetcar will hit and kill a man working on the tracks. But if you do throw the switch then the streetcar will kill five people who are on the tracks. So which choice do you make? You don’t have a good choice in a case like that. There are two bad outcomes and you have to choose the lesser of two evils. I think the most poignant illustration of this point is Sophie’s Choice where the young mother is presented by the Nazi soldiers with a choice as to which of her children will be sent to the death camp and which one she can keep alive. If she refuses to choose one of her two children then both will be sent to the death camps. In a case like this, this poor mother had no good choice. She had to choose the lesser of two evils and pick one of her two children to be exterminated. It is just horrible.

Similarly, in a case like this, we didn’t have two good candidates to choose from. Both were flawed in multiple ways, and the outcomes were flawed in multiple ways. Yet, that doesn’t exempt you from having to make a decision in a case like this. You choose the lesser of two evils – which outcome would be better for the United States of America than the other? I think, as you already indicated, the implications for the Supreme Court are just huge in this case. We were choosing which President would be appointing not only the replacement for the late Antonin Scalia but perhaps for other justices as well. That could radically affect the direction of the Supreme Court for a generation to come.

Southern Baptists must reconsider our political theology. We need to read more systematic theological works by Wayne Grudem and fewer pop-culture theology books. We need to think more robustly about the interaction of church and state in a moderate pattern that looks less like Anabaptists ignoring the dangerous reality of radical Islam. We need to admit the futility of depending on secular courts to defend our Christian rights.

Combine those topics with understanding A Lesser of Two Evils is what we must often do in a fallen world, will help us Southern Baptists when we head to the voting booth to influence our nation’s government.

Now more than ever we need moral clarity, and not the moral confusion offered by SBC Voices and Dr. Russell Moore.