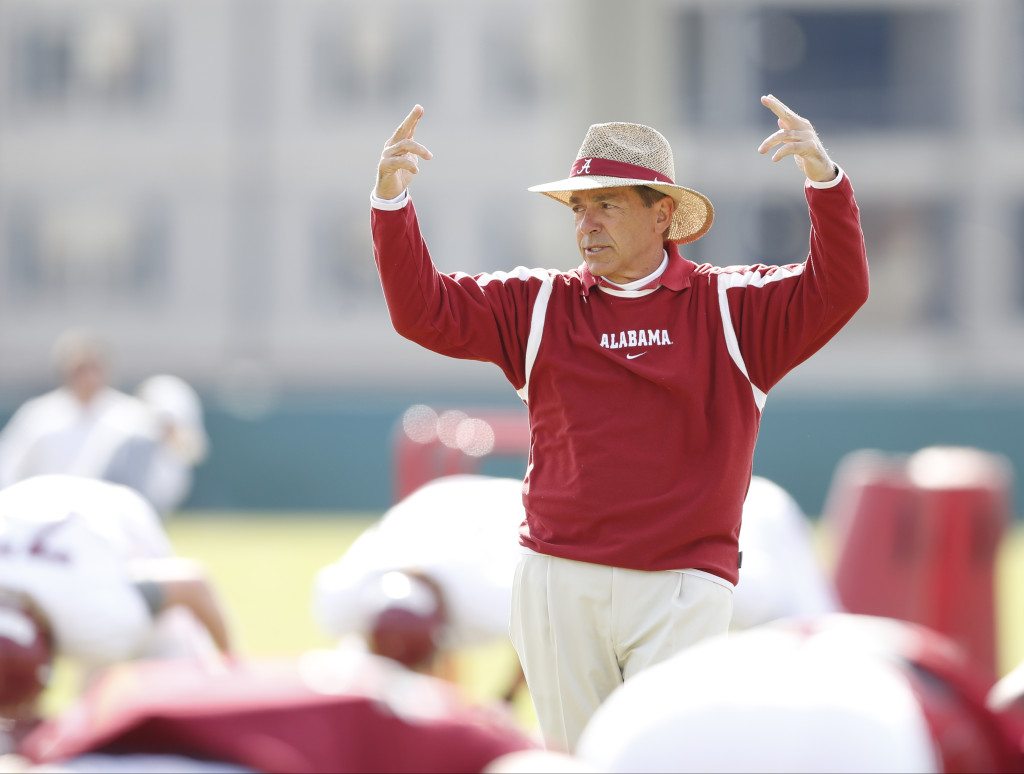 An examination of Google search trends shows just how much growth in search level volume (an indicator of interest) has unfolded since 2004. In the above graph, you can see the levels of interest in Alabama football around 2005-2006 under Coach Mike Shula. Once Saban joined Alabama in 2007, the trend became significantly skewed upward.

The interest coincided with growth in Alabama football’s bottom line and that helped out the entire athletic department. Every year the revenue seems to set a new record. In 2014, the AP quoted one college expert who said, “Alabama’s athletic revenues last year, which totaled $143 million, exceeded those of all 30 NHL teams and 25 of the 30 NBA teams.”

Licensing revenue of official Alabama products has been a top seller, according to its licensing agent CLC. According to CLC in June of 2015, “is currently CLC’s top-selling institution in units sold, royalty revenue, and sales. The University’s licensing program, which has generated more than $98 million since its inception, continues to build momentum – royalties have increased 83% in the last five years and 250% since 2005. Alabama’s licensing revenue has increased in 13 of the past 15 years. The program is currently experiencing the best distribution in its history, with official Crimson Tide merchandise sold in more than 7,000 retail locations.”

While all that was going on in Tuscaloosa for the Alabama football team, things have been a bit different in Auburn. The Alabama football rival was spending on coach salaries, firing coaches and building enormous television screens in the football stadium. All of this has pushed Auburn into a deficit. According to reports, Auburn has posted deficits in 2013-2014 and 2014-2015. The deficit was at least $13 million in 2013-2014 season.

One thought on “Nick Saban has interest in Alabama Football growing”