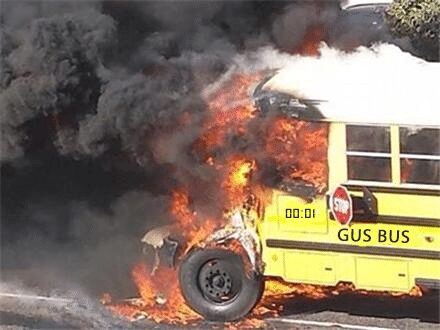 Hi Auburn fan. We know, you believe in Auburn, and you love it. We know this because we read your ridiculous Facebook posts, where you ramble on and on with your blather in an effort to convince yourself, hoping you’ve convinced potential “converts” to your cult in the process. Somewhere there must be an unwritten rule that after a loss every female Auburn fan must IMMEDIATELY rush to social media to express how much she loves her underachieving football program. We get it, you love Auburn.

But why exactly? What is it that you love? Your leaders? Like your village idiot Navid Nousel, who offers up his orange and blue manifestos to the fambly in an attempt to circle the wagons “one more time?” Or Rob Pate, who wrote his own embarrassing dissertation last week for the “new generation” of boog fans out there? Funny how such a good eye doctor can be so blind.

Or what about Charles Barkley, your morally depraved loud mouth who totally contradicts the spiritual persona you’ve tried so desperately to assign to your low rent university? Or Cam, who you know as well as we was bought and paid for. Or Bo Jackson, who creepily hangs around your program (and locker room) like that weird uncle nobody trusts their kids to be alone with.

The joke about Cam, Nick Marshall and other players who’ve been kicked out of other schools only to find refuge at Auburn is well-earned. Have any of them earned degrees, of any kind? I’ll even take a barber school degree. And no, I’m not talking about honorary degrees. At Bama we produce student athletes, and are a leader in the SEC for the graduation rates of our young men. Auburn? Yeah. If your quarterback is a college student I’m Phyllis Diller. Could he even work the drive through at Wendy’s?

Do you love sustained success? Because if you do you’re pulling for the wrong team. In the 115 history of your program you have one instance of back-to-back 10+ win seasons. For our spanish speaking aubies, that’s “uno.” Your flash-in-the-pan, lightning in a bottle seasons are so cute when they come along. But my gosh, the patience you have to have to wait on those magical years. You deserve a medal, or at least some sort of coloring book where you can color Aubie holding hands with Patrick Fain Dye at the bar.

In contrast, we Bama fans just sit back and wait till next season to be ranked #1, right in the thick of the race for the National Championship. Since 2008, we’ve now been #1 at some point every year. You? Well, you just have to sit back and hope the stars align for you again in a few years.

Sustained success may be a new vocabulary term for you, so I’ll give you the proper pronunciation:

Is it underdogs you like? Like seeing your high school, perennial 8-4 coach go up against that mean ole Nick Saban and once, just for one shining moment, come out on top? And by once, I mean literally once. You’ve had three coaches now since the greatest college football coach of our time has been in Tuscaloosa, and each beat him exactly once before being processed. I predict you’ll be looking for another by 2016. And in the back of your mind, you know it too. Gussy’s philosophies are a collective failed get-rich-quick scheme in a 401K world.

And why will you be looking again soon? Because your world totally revolves around us. You know it, we know it, and hopefully by now Nick Saban knows it. Your worth in your own eyes rises and falls on how you stack yourself up against THE University of Alabama. Heck, you even put our name on your team meeting room last season.

So as Gustav Malzahn’s dipsy-do, trickeroo offense continues to die, and you slowly realize a return trip to Atlanta ain’t happening (let alone a dipping of your toe in the college football playoff), the chances he’ll soon be canned for the next flavor of the month grow as big as crazy Kristy’s cankles. We’ll just sit, watch, and wait for the next orange and blue hail mary thrown to try and keep yourself in the game…and then we’ll entertain ourselves watching you all rush to assign blind credibility in support of the decision, whatever or whoever it is.

And just exactly how DO you stack up? Well, honestly, not too well. Unless your measuring sticks are the polls produced by the Opelika-Times Tribune. The University of Alabama remains the standard in college football…gridiron dominance that defines the game year after year. Auburn is simply a zit on the butt-cheek of the game. Sure it flares up ever so often, but then it bursts and goes back to being the runny mess it’s always been.

But please, by all means, believe in Auburn. Don’t let us stop you. Love it. Give ole Navid a hug for us. And worship at the Aubie altar with your cultish brothers and sisters. But if you need us, we’ll be in Atlanta, and THEN in the FIRST college football playoff! Isn’t that exciting? But don’t worry; I’m sure the Music City Bowl will be just as good.

Now quick, go read the creed again. After all, repetition leads to reality within the mind. And hurry back to Facebook. It’s been at least 15 minutes since you tried to convince your friends how unfazed you are that your Tigers failed again. And while you may find this hard to believe, I believe in Auburn too…and love it! I absolutely do! I just love the fact that Auburn’s fan base makes up the largest collective inferiority complex on the planet, and simply, we love making fun of you!

UPDATE…
But if you’re wondering, this is how we really feel:

446 thoughts on “An Open Letter to Auburn Fans”