At his press conference today Gustav Malzahn said suspended Auburn quaterback Cheech Marshall would not start but would play Saturday against the Razorbacks.

Predictibly, the state media just moved on to the next question, whereas had the same scenario played out in Tuscaloosa the next 45 questions would center around the circumstances of the suspension, the thinking behind it, and factors that might determine the starting QB seeing the field.

We at CapstoneReport.com have worked diligently behind the scenes to secure a copy of Gus’ suspension guide intended for use this Saturday. 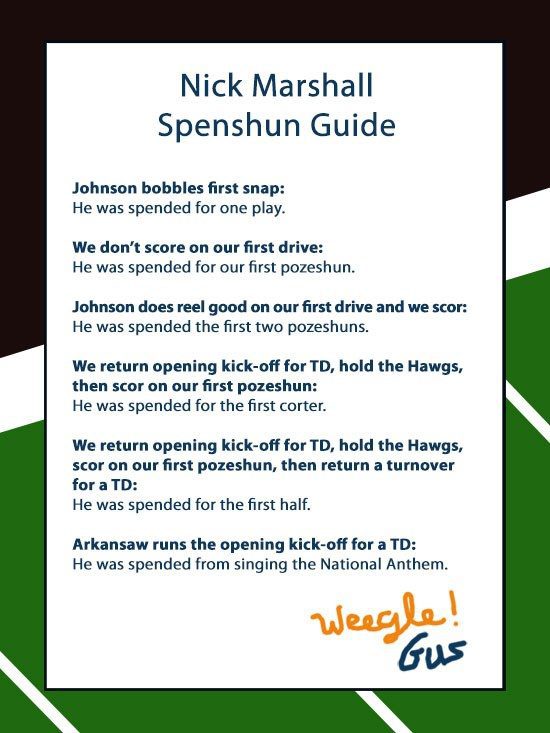